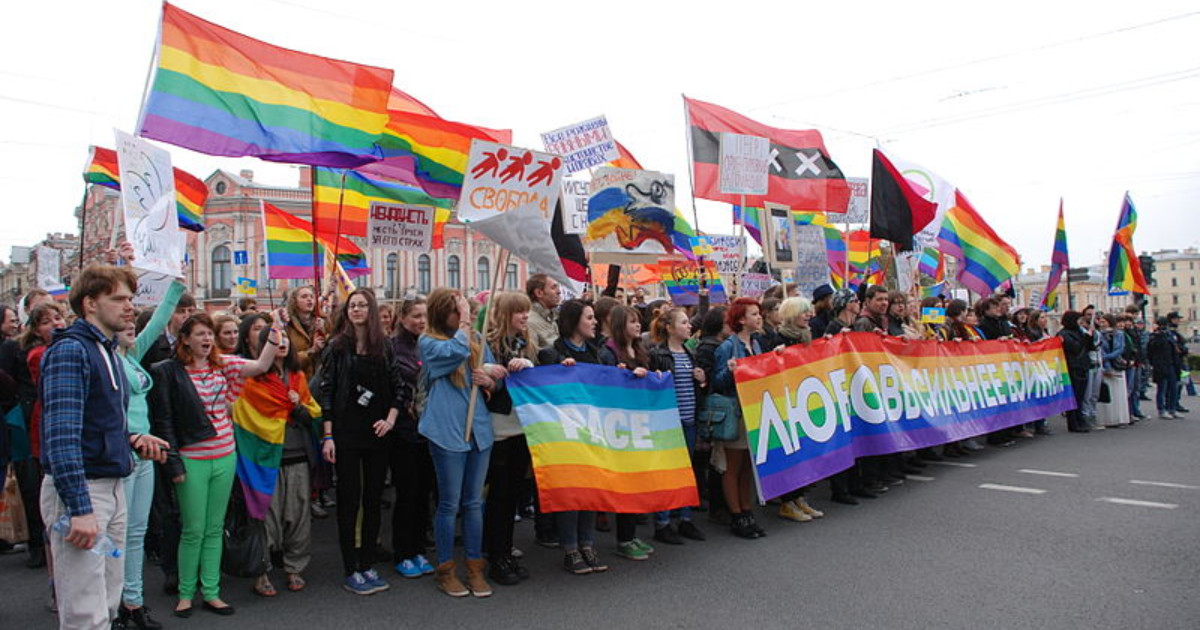 On The LGBTQ+ Community in Ukraine

Russia launched an invasion of Ukraine on 24 February. Aside from the devastating effects of the ongoing full-scale war, this invasion itself has also had severely deleterious effects for the Ukrainian public, including the LGBTQ+ community.

Putin’s regime has been historically violently anti-LGBTQ+, and still is. In 2013, Putin’s regime passed a so-called “Gay Propaganda Law.” This law endangered Russia’s LGBTQ+ population by. Putin signed the law into effect, claiming it would reinstitute  so-called “traditional values.” The law has effectively impeded access to important resources for members of the LGBTQ+ in Russia – specifically, access to information via websites, television, press, and radio has been severely limited. Furthermore, teachers, therapists, and counselors have been unable to provide the necessary support to LGBTQ+ young adults out of fear of political retribution, leading to a mental health crisis amidst the queer populace of Russia.

The extent of Putin’s institutional crackdown on the LGBTQ+ community is tremendous – and his denial of human rights to the LGBTQ+ community does not appear to be  limited to Russia. In fact, an anonymous US whistleblower indicated that Putin has drafted a so-called ‘kill list’ to be implemented after the completion of the invasion of Ukraine when they spoke to “Foreign Policy.” In other words, Putin and his regime have plans for post-invasion arrests and assassinations. This ‘kill list’ targets members of the Ukrainian populace that, in Putin and his regime’s perception, pose a threat to Russia’s actions. Included in that kill list are various LGBTQ+ activists.

White House National security adviser, Jake Sullivan, suggested that the invasion will become increasingly violent and brutal because it is not a conventional conflict – insofar as it is not dyadic class between two equally equipped forces. Sullivan emphasised that the war will be“waged by Russia on the Ukrainian people to repress them, to crush them, to harm them. And that is what we laid out in detail for the UN.”

Even with this rising risk, however, many members of the LGBTQ+ are staying in Ukraine to fight against the threat of the Russian invasion. As Jul Sirous, a volunteer coordinator of KyivPride, states: “I know a lot of LGBT people who go to our army now. They try to fight and it’s also our main message that we try to be one united nation and we try to do everything to make sure that Russia will be defeated.”

The main fear of such activist groups is the erosion of hard-gained rights for the LGBTQ+ community. Already, Putin’s actions have endangered the LGBTQ+ community. For example, since 2014, the community has faced numerous arrests and threats of violence in “Donetsk People’s Republic,” a territory in eastern Ukraine that Putin recognized as being part of Russia in order to bolster his ‘justification’ for the invasion of Ukraine.

The LGBTQ+ community in Ukraine is already in a difficult position, even without the invasion. The International Lesbian, Gay, Bisexual, Trans and Intersex Association has ranked Ukraine 36th out of 49 out of European countries in terms of LGBTQ+ rights legislation. And though attitudes are shifting – public support for LGBTQ+ rights has doubled from 2010 to 2017 – the invasion poses a great threat to these gains.

In these times, we must show solidarity with Ukraine and the members of the LGBTQ+ in Ukraine – even if we are not personally a part of the LGBTQ+ or Ukrainian communites. One way to do so is by monetarily supporting international organizations who seek to provide relief to minority groups. Furthermore, one can also donate to local LGBTQ+ organizations in Ukraine.

For example, in response to the violence, OutRight Action International has started to accept financial donations in order to directly assist queer individuals. These monetary funds go towards helping individuals in search of food, shelter, and security.

Finally, it is important to make people realize that they are not alone and to wholeheartedly condemn the actions of the Russian government. It is important that we try to lobby our own governments to provide refuge and mutual support for the Ukrainian community, particularly those in a vulnerable position in this invasion.

Featured image description: LGBTQ+ demonstration in Saint-Petersburg against the war in Ukraine.