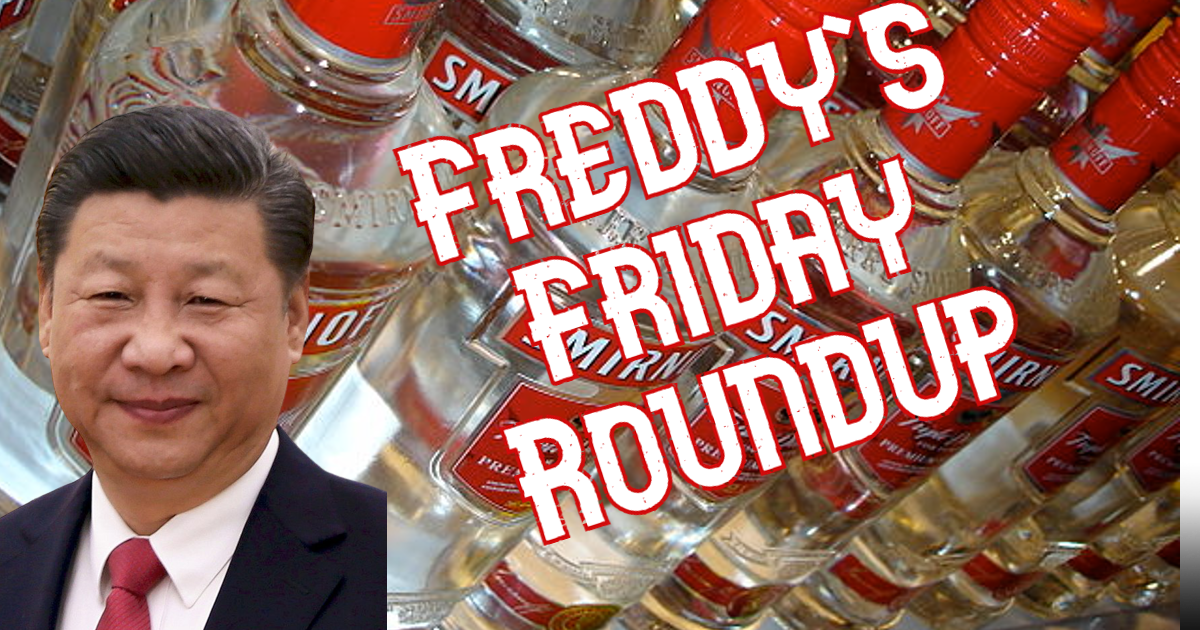 Although, as with last week’s roundup, I should preface this piece by highlighting its emphasis on necessary levity in these turbulent times- O, Tempora O Mores!- it will also attempt to engage seriously and critically with the matters at hand…maybe.

This week, in addition to government imposed economic sanctions against Russia, described by former MI6 chief Sir John Sawers as ‘unprecedented’ in a recent talk at the Oxford Union, large British companies are now seeking to cripple Putin’s war effort through other means, and with varying success. Sainsbury’s announced it would remove Russian vodka from its shelves. This does not include the Russian named ‘Smirnoff’, which is actually made in Fife, Scotland. I suspect this announcement will not help to liberate Ukraine from its aggressors nor severely affect the drinking habits of Oxford students, loyal to the cheaper Sainsbury’s own brand, and dare I say it, Tesco’s own brand vodka to fuel their debauched post-essay forays into the misty night.

Yet with the current rate of inflation- its highest since 1992  – driven in large part by Covid-related supply issues, post-Brexit labour shortages and rising energy prices and fuel costs (when lined up like that the country really does look a bit f***ed) the only items I can now afford at the Tesco’s Express on Magdalen Street and the Sainsbury’s of St Clement’s are the staples- pitta bread, porridge oats, and half price cheese strings (which really is a bit f***ed).

In today’s world where the internet is in fact reality and the two are no longer separate entities, one way to aid Ukraine could be to re-download TikTok, which you deleted in January as part of your New Year’s resolutions because its prophetic algorithms knew how much you loved to watch clips of Ricky Gervais, Champions League football and Scandinavian health vloggers and instead you took to Youtube whose prophetic algorithms also know how much you love clips of Ricky Gervais (that Golden Globes roast video, you know the one), Champions League football and Scandinavian health vloggers, I

Instead of Tik Tok showing us the usual trends, lifestyle tips and silly dances, it now wants us to look at videos revealing instructions on how to drive captured Russian tanks, how to make Molotov cocktails, and rather incongruously, clips of Ukrainian soldiers moonwalking to Michael Jackson’s smooth criminal in the middle of abandoned fields.

But really we must not trivialise yet another social media platform, whose misinformation is not legislated against, nor its widely recognised role in spreading harmful, unregulated content. Nor must we forget the high probability that all of this data is accessible to the Chinese Government. President Xi is eager to use special data found on Tik Tok in his plans to invade Taiwan; videos of cats, calligraphy, and cavorting models all live in his head rent free.

In other more offbeat news, a man in Florida steals a crossbow by stuffing it down his trousers. We are glad to report that 46 year old Darren Durrant suffered no injuries to his crown jewels and, because we’re a bit wacky in this section of the paper, we actually actively applaud Darren’s anarchism, disregard for his ding-a-ling, and his indisputable derring-do. His Darren-do. Darren is always daring to do what Darren does. Good on him. Til’ next week…