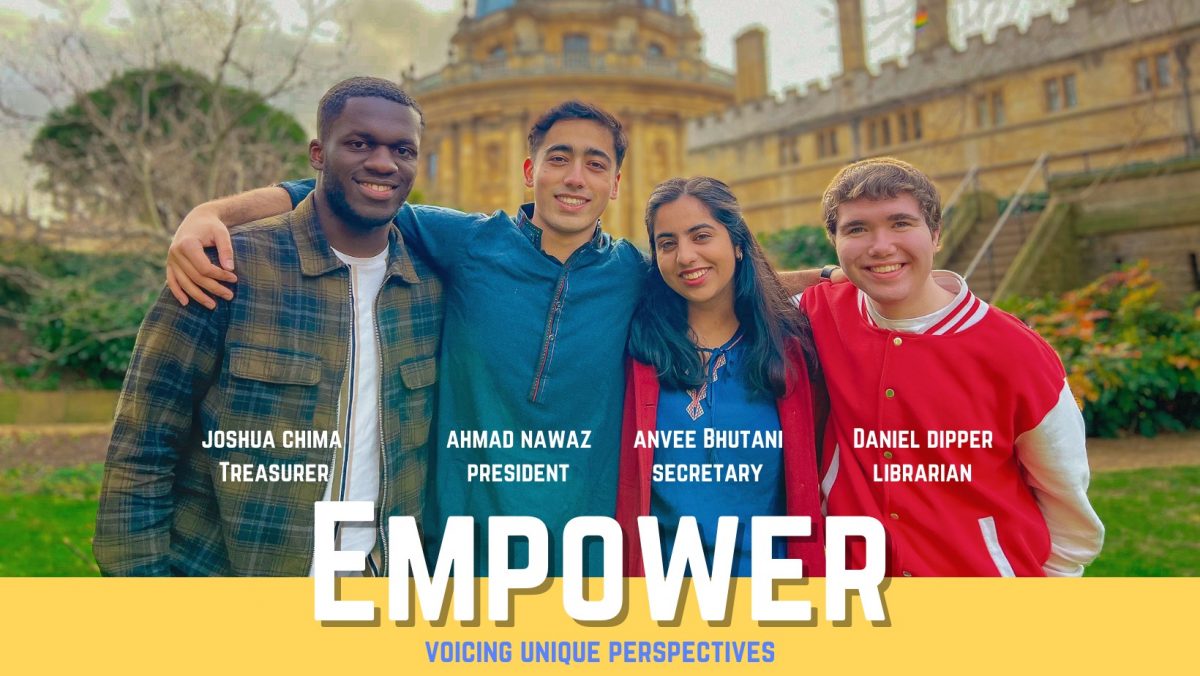 Ahmad Nawaz has been elected to serve as the Oxford Union President in Michaelmas 2022 in a hotly-contested three-way election, the largest in the Union’s history going back to 1825.

Nawaz, the current Treasurer and a second-year Philosophy and Theology student from Lady Margaret Hall, received 517 votes, and defeated both Anjali Ramanathan from Christ Church, the current Secretary, and Rachel Ojo, the current Librarian, who received 422 and 187 votes respectively. 61 people voted to re-open nominations as their first preference.

The ‘EMPOWER’ slate saw all three other candidates elected to officer positions. Daniel Dipper (EMPOWER) secured the office of Librarian-elect with 513 votes. Joshua Chima (EMPOWER) was also successful in securing the Treasurer-Elect position, receiving 468 votes. Anvee Bhutani (EMPOWER) was elected as Secretary with 443 votes. The new Secretary will serve under the Trinity President. The others will serve under the President elected for Michaelmas term.

Nawaz’s ‘EMPOWER’ slate pledged to empower liberation groups and reform access membership criteria, as well as encouraging more participation from non-traditional groups, including a series of speakers for Disability History Month, and a Queer Icons panel. They also pledged weekly quizzes and a May Day Gala.

The ‘UPLIFT’ slate, led by Rachel Ojo, had pledged a Careers Fair and Public Speaking workshops. The slate also promised, among other things, events with societies and local charities, auditioned paper speeches, and a tiered access scheme for Union membership.

A fourth independent slate, ‘CHANGE’, was led by Chase Koch in a bid for Standing Committee. Affiliated with Nawaz’s ‘EMPOWER’ slate, only one of their four Secretary Candidates was elected. Chase Koch was not elected.

The results for Standing, Officers, and President were delayed by several hours. An explanation given at the count to count representatives were that there were 16 discrepancies between ballots counted, and sign-in sheet entries. This was rectified swiftly, and was the result of swap overs in poll clerks, who give out sign-in sheets, during the day.

Ahmad Nawaz, the President-elect, commented that he was looking forward to working with the candidates elected in Trinity 2022. You can read The Oxford Student’s interview with him here.

The final results are as follows:

Overall the Standing Committee saw 2 candidates from SPARK elected, and 3 from EMPOWER.

The runner-up was Sami Adnan (EMPOWER), with 27 first preference votes.

The turnout for this term’s election was 1,128.