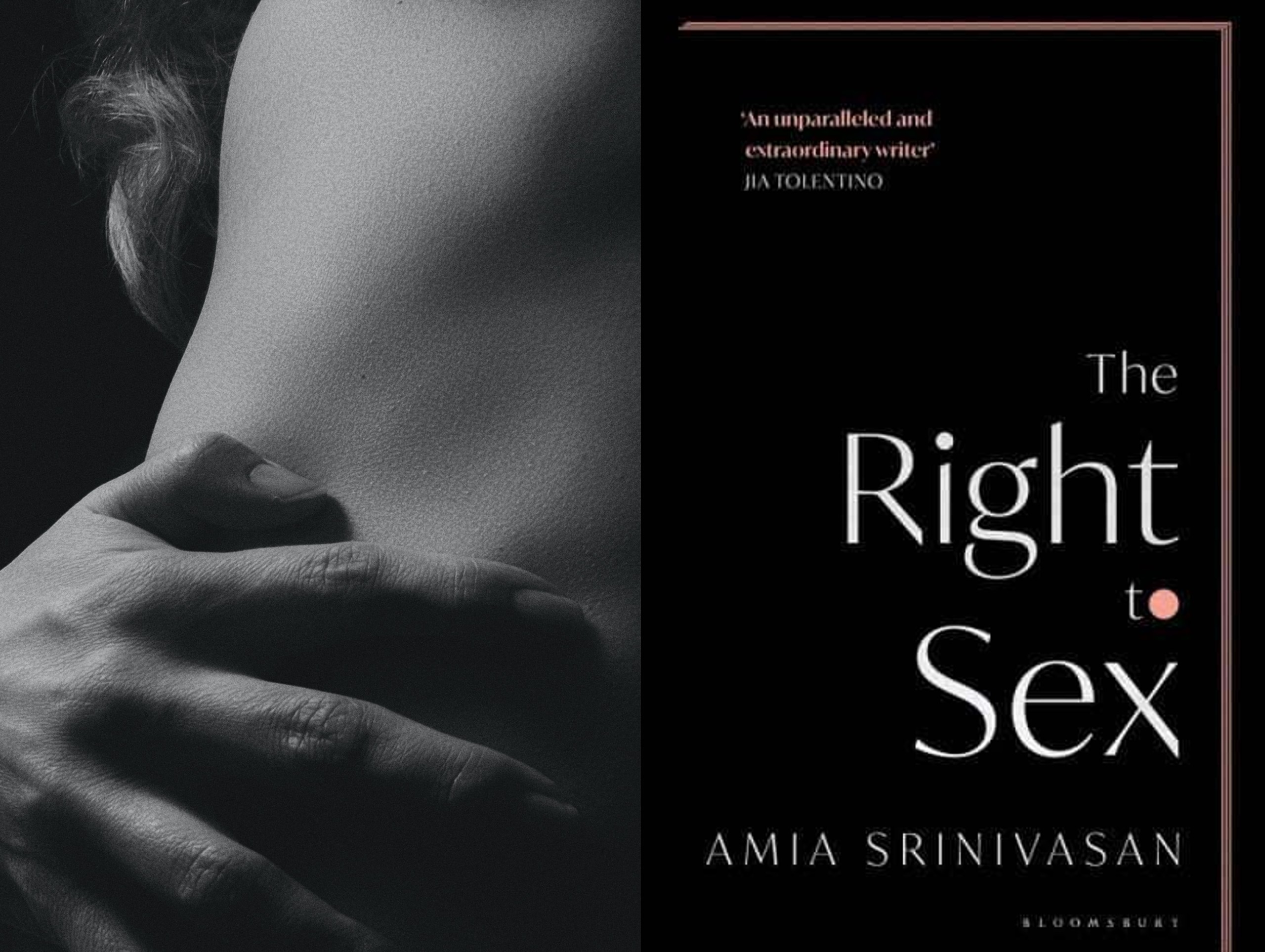 Review: The Right to Sex by Amia Srinivasan

Coined by Judith Butler as a ‘major new work of feminist philosophy’ that ‘opens up debates about sex, pornography, justice and liberty’, it is no surprise that Srinivasan’s The Right to Sex has been chosen as Blackwell’s Book of the Year, and also as my go-to 2021 Christmas gift, two equally impressive accolades. In a collection of six beautiful essays, centred around the groundbreaking ‘Does Anyone Have the Right to Sex?’ first published in the London Review of Books, Srinivasan discusses a startlingly wide range of feminist issues, including porn, prostitution, sexual assault and #MeToo, incels, student-teacher relationships, and capitalism and incarceration. This is an ambitious undertaking for a book just shy of 180 pages, but Srinivasan is able to manoeuver this deftly.

I was most struck by was the elegant lucidity and precision with which Srinivasan presents her arguments. There is no dull moment in the book, with every word and paragraph performing a carefully-crafted function. And despite discussing difficult topics, there is a surprising lack of jargon, with its rare uses punctuated with simple explanations, making the book eminently readable. The sheer range of evidence is also impressive, especially considering Srinivasan as a professor of philosophy; for example, there is extensive discussion of different countries’ laws towards prostitution in the chapter Sex, Carceralism, Capitalism.

Another thing that makes this book stand out is the rigour with which Srinivasan analyses all arguments. The classic logical flow in books or essays, which starts with a stance, then attempts to post-facto justify it and ward off rebuttals, is absent in The Right to Sex. Instead, Srinivasan poses open-ended questions, analyses several views on it, offers some sharp insight (i.e. discovers problems with all the different views, some more than others), but ultimately leaves it to the reader to settle on a conclusion. The genuine intellectual honesty and humility, and even generosity, towards ideas she does not agree with, were refreshing; rather than someone talking down on you or infantilising the discussion for the lay reader, it feels like we are with her on a process of discovery. This is particularly evident in her chapter Talking to My Students About Porn, where she incorporates many views from her students at Oxford, examining them as meticulously as she does with academics’ views. On occasion, this can frustrating – such as when she is somewhat evasive in her stance on teacher-student sexual relations, or when she opposes carceral feminism (which could be construed as tense with her earlier stance on expanding the state’s role in sex education), but does not offer an answer or devote enough time to explore alternative tools in dismantling the patriarchy. Srinivasan herself is keenly aware of this: ‘these essays do not offer a home,’ she warns, but instead ‘dwell, where necessary, in discomfort and ambivalence.’ Despite this, you finish each chapter feeling like you’ve understood all facets of the argument, instead of ‘let me read another book to understand the opposite side’ – an impressive and underrated feat.

Three ideas raised are particularly interesting and warrant further discussion. Firstly, Srinivasan boldly tackles intersectionality throughout her book. When discussing #MeToo and #believewomen, maxims many feminists live by, she asks, ‘whom are we to believe, the white woman who says she was raped, or the black or brown woman who insists her son is being set up?’ She also notes the cruel irony in feminism fighting for increased state power to prosecute sexual assault, as the state often disproportionately punishes the worst-off, such as overwhelmingly convicting black males as rapists. This sentiment is none better encapsulated than in her last chapter, Sex, Carceralism, Capitalism, when she discusses carceral feminism, ‘a politics that looks to the coercive power of the state – police, criminal courts, prisons – to achieve gender justice’. ‘A feminist politics which sees the punishment of bad men as its primary purpose’, she writes, ‘will never be a feminism that liberates all women, for it obscures what makes most women unfree’. She notes the cruel irony in the fact that ‘for many women, being sexually harassed is not the worst thing about their jobs’. Throughout the book, Srinivasan makes it painfully clear that a lot of intersectional nuances are lost in mainstream feminism, something that is refreshing to read, especially compared to many other feminist books throwing around the ‘intersectional’ buzzword.

Secondly, Srinivasan discusses the concept of ‘fuckability’, which refers to bodies that ‘confer status on those who have sex with them’. In particular, she notes a sexual hierarchy in ‘the fuckability of “hot blonde sluts” and East Asian women, the comparative unfuckability of black women and Asian men, the fetishisation and fear of black male sexuality, the sexual disgust expressed towards disabled, trans and fat bodies’. The most interesting insight from this is that incels (involuntary celibates, referring to men who want to have sex but do/can not) aren’t necessarily lacking sex – there might be women who want to sleep with them – but they are lacking sex with the right, fuckable women, which leads to their lack of sexual status. This dissection of incel culture and fetishisation as two sides of the same coin is brilliant yet blindingly obvious once pointed out, another running theme throughout the book.

The third idea discusses whether consensual relationships could exist between students and their professors. ‘To insist that the power differential between professor and student precludes consent is either to see women students, like children, as intrinsically incapable of consent to sex – or to see them as somehow incapacitated by the dazzling force of the professor’. This points to one of the fundamental contradictions of feminism. On the one hand, feminism, particularly third wave feminism, is about choice and autonomy – letting women choose whatever they want to do and respecting their individual choices. But on the other hand, feminism is also supposed to look out for certain vulnerable groups which need protecting, such as the student who might be exploited by what Srinivasan coins the ‘epistemological asymmetry’ between her and her professor. Finding the line between these two positions is incredibly difficult, and Srinivasan delicately discusses both the stances in detail.

Mastering the precarious balance between academic rigour and accessibility, Srinivasan’s The Right to Sex is a must-read for any self-proclaimed feminist. It raises more questions than it answers – should we abolish prisons? Why do we criminalise prostitution but not abortion, given feminists argue that criminalising abortion doesn’t decrease its incidence? Should we protect students from professors in a completely different phase of life, or is that infantilising? – which is arguably one of the book’s best features.

I want to end this review with a quote from Srinivasan herself – the opening line in the preface that struck a chord with me. ‘Feminism is not a philosophy, or a theory, or even a point of view. It is a political movement to transform the world beyond recognition. It asks: what would it be to end the political, social, sexual, economic, psychological and physical subordination of women?’ This provocative question shows just how far away from such a utopia we are, but Srinivasan’s brilliant book brings us significantly closer.