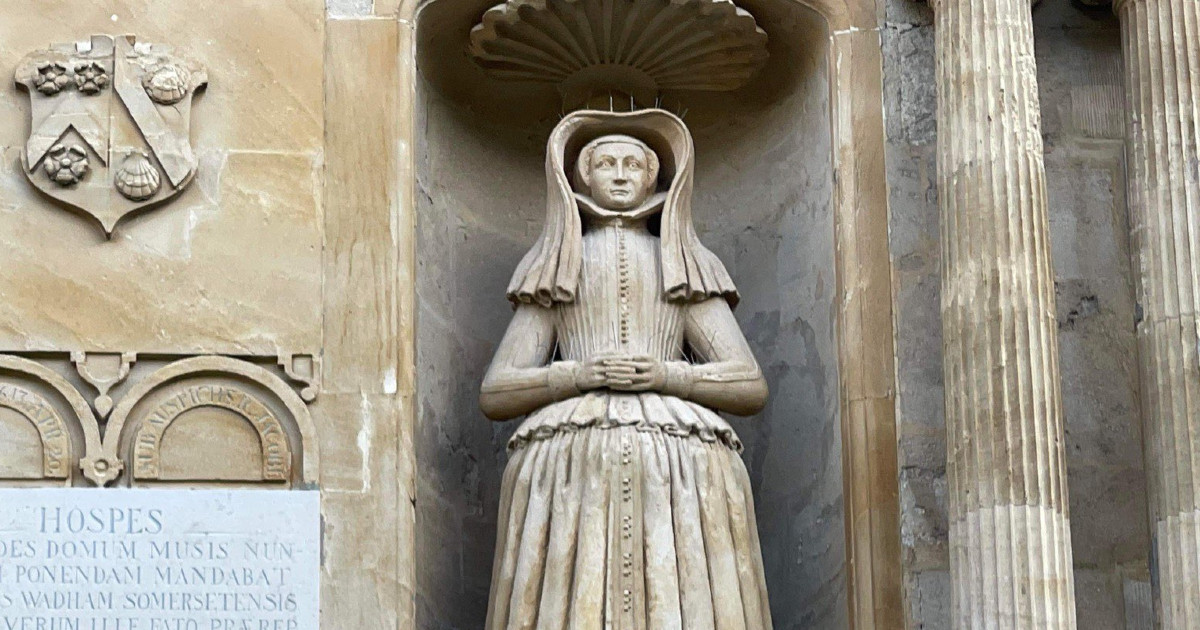 The statue of Dorothy Wadham at Wadham College is the only statue of a woman who is not a religious figure or royalty in Oxford. In the early 1600s, Wadham used her late husband’s fortune to build the college, patronage being one of the only ways women involved themselves with the university.

I know it will come as a huge shock to everyone that history has primarily celebrated the accomplishments of straight white men, especially Oxonian history. However, local students and academics are working to bring to light the legacy of discrimination, imperialism, and inequality in Oxford.

Uncomfortable Oxford is an organisation that employs Oxford University students to lead walking tours and educate people about the town’s uncomfortable history. The organisation also highlights those whose accomplishments have been overlooked. On March 5th, I went on Uncomfortable Oxford’s “Hidden Histories” tour and heard several stories about women and queer people working and studying within Oxford’s culture of traditional masculinity. This tour was engaging. Our tour guide Julie regularly invited us to contribute to the conversation and strongly encouraged us to question today’s status quo. Here are four the topics we discussed:

Nurses and the NHS

When Julie asked our group what we thought about the treatment of nurses, the group’s consensus was that society undervalues nurses. The Rad Cam and the Radcliffe Humanities building are named for John Radcliffe, whose estate paid for the construction of several pieces of architecture in Oxford, although countless others contributed to the history of these buildings. Radcliffe Humanities originally served as the Radcliffe Infirmary, where nurse Thora Silverthorne trained and worked in the early 20th century, while also participating in activism that would later lead to the formation of the NHS. Today the NHS is a point of pride for Britain, but it rarely recognizes the contributions of nurses to the organisation, while COVID-19 has made the job more stressful and demanding.

Sommerville College was founded in 1879 as one of Oxford University’s first women’s colleges, the other being Lady Margaret Hall. However, women still faced sexism and racism as students at the university and those who were able to attend often came from wealthy backgrounds. One of these women is Catherine Duleep Singh, the daughter of the last Maharaja of the Sikh Empire and the goddaughter of Queen Victoria, who was born and raised in the UK and educated at Sommerville at the end of the 19th century. After graduating, she lived with her partner Lina Schäfer in Germany for more than 30 years and the couple smuggled many Jewish families out of the country in the years leading up to WWII. Duleep Singh requested to be buried next to Schäfer in her will.

Laurence Michael Dillon was the first person to transition from female to male with hormones and surgery. Dillon attended St. Anne’s College and was a part of the women’s rowing team in the 1930s. After graduating, he began treatment for sexual reassignment and was able to change his birth certificate. Dillon had trouble applying to schools and jobs because his transcripts from Oxford revealed that he had attended St. Anne’s, an all-women’s college. However, when he enrolled in medical school in the 1940s, Dillon was able to have his transcripts changed to state that he graduated from Brasenose. Dillon left Britain after the press disclosed his identity and wrote his autobiography entitled Out of the Ordinary: A Life of Gender and Spiritual Transitions.

Prostitution and the University Jail

Oxford, originally being the site of an originally all-male university, became the centre of a lucrative prostitution market that attracted many young women, who came to the city specifically for this work. Many of these women worked different jobs by day and were smuggled onto university premises at night. The university took it upon itself to police the women (not as much as the men) and established the nightly patrol. If a woman was walking alone at night, it was automatically assumed that she was a prostitute. If she were caught doing so, he would then be arrested and thrown into the jail that resided underneath the Old Clarendon building. This practice persisted until the beginning of the 20th century, after Sommerville and Margaret Hall opened as the first women’s colleges, presenting some obvious challenges for the university’s first female students.

In addition to several more individual histories, we also discussed the sexism that still prevails in the workplace. Sexual misconduct is at the forefront of these issues and Al Jazeera investigated several staff members at Oxford University just this fall. The geography of the town itself is gendered, while the old women’s colleges are located on the outskirts, further away from the centre of the university. Additionally, the struggles of childcare whilst completing postgraduate studies can cause difficulties for mothers who are expected to care for their young children. Oftentimes, it can be difficult for women to accept positions into these postgraduate studies because of long waitlists at childcare programs.

I highly recommend attending one of Uncomfortable Oxford’s tours for a crash course in honest history. As a young woman, it is disheartening but crucial for me to hear about the opportunities denied to women in the past while confronting the realities of the present day. However, this tour also celebrates the accomplishments and perseverance of women and queer individuals. Other tours focus on subjects such as imperialism, literature, money, and medieval history. Uncomfortable Oxford strives to educate the public about the true stories behind the romanticized history that has dominated textbooks for centuries.

Have a look at Uncomfortable Oxford’s tours, in addition to a couple of sources that I consulted for this article: