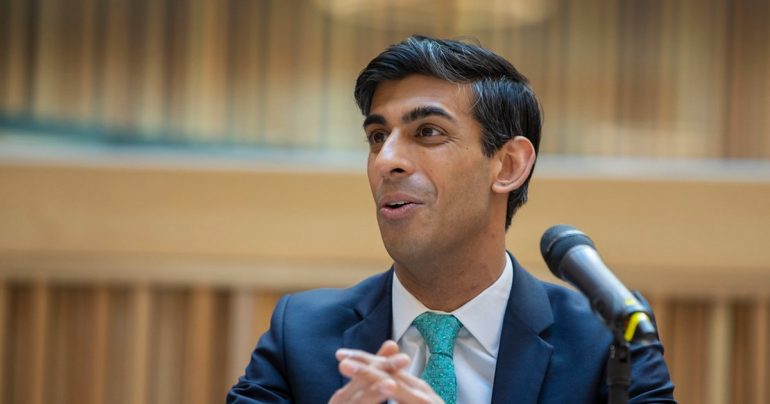 Has Sunak lost his knack?

Once upon a time, in the dark days of 2020, Rishi Sunak had a 50 percent approval rating. Now it sits at 26 percent. Of course, it is fairly easy to see why a man giving thousands of pounds in furlough and lending a hand to a country on its knees fared so well in such ratings. Yet such a fall from grace is virtually unprecedented. The Chancellor has become public enemy number one because of the cost-of-living crisis and his personal financial affairs, yet is it truly right to martyr a brilliant MP as a scapegoat for a long-flawed system of taxation?

To briefly summarise, the Chancellor’s misdemeanours include raising tax and failing to successfully counteract the rise in fuel prices, inflation, and cost of living. His wife, Akshata Murty, has non-domicile tax status, meaning that since she supposedly has a permanent home outside the UK she need not pay UK tax on her (sizeable) foreign income. Furthermore, she owns a 0.91 percent stake in her father’s tech empire Infosys, which brings her net worth to around £500 million, and which kept open its Moscow office in the early days of the war in Ukraine. Mr Sunak himself also has money in a ‘blind trust’, a potential conflict of interest to his role as Chancellor, and has donated over £100,000 to his alma mater, Winchester College, whilst also possessing a US Green Card.

But has Sunak actually done anything wrong? Legally, no (with the exception of ‘Partygate’). Akshata Murty cannot be a UK citizen under Indian law, and she is entirely within her rights as a private individual to structure her tax paying practices as benefit her. Indeed, there are many who, failing to recognise the indirect benefits their taxes have, would do the same. Moreover, her ownership of less than one percent of Infosys ensures that she in no way directs the company’s policy. It would have been difficult – not impossible, but difficult – for Murty to have jettisoned her stake in the company once the war broke out, and Infosys has since terminated its dealings in Russia.

Is it truly right to martyr a brilliant MP as a scapegoat for a long-flawed system of taxation?

Furthermore, Sunak’s ‘blind trust’, an arrangement which only six other government ministers have, is also entirely legal. Can an MP really be expected to let their capital stagnate while they are in office? The matter of Sunak’s donation to Winchester College, which was used to fund scholarships for pupils from disadvantaged backgrounds, is also perfectly reasonable under current law. The Conservatives present themselves as the party of private charity, and, even if Sunak had donated this money to the treasury – or worse, kept it to himself! – it would have done little to mitigate the cost-of-living crisis.

Then there is the matter of the US Permanent Resident Card, described by Zarah Sultana, Labour MP for Coventry South, as proof that the Chancellor has “been ready to swan-off to his California home if being an MP didn’t suit him”. Can Ms Sultana not equally “swan-off” home to Coventry if she decides to leave politics? Sunak’s destination of choice, the USA and his flat in Santa Monica, is his private business, and it must be noted that holding the US Green Card is hardly a golden ticket, forcing him to pay tax on his global earnings to the government across the pond.

Though this is only one side of the argument, it is evident that the Chancellor’s dealings do not sit right with many observers. With the rising cost of living, it is difficult to hear that Sunak is so rich, and that his family are making such effective use of mechanisms designed to lighten tax burdens. Moreover, a variety of Sunak and Murty’s investments and donations seem now to have been made in poor taste (namely, in Infosys and to Winchester College). However, Sunak is perfectly within his rights to plead ignorance of his wife’s financial affairs. To expect him to wield any control over her dealings would be to imagine that the Chancellor operates in his family life in a quasi-18th century manner. Of course, it is right that the Chancellor’s wealth be subject to public scrutiny, and doubtless his money influences the policy decisions he makes. However, it must also be recognised that this wealth, though it places the Chancellor in a privileged and removed position, is testament to his skill with money.

The question then is what to do about the whole situation. The Chancellor seems on his last legs, politically. This is a shame, particularly when the source of this controversy, his great wealth, is a testament to his fiscal skill and qualification to be Chancellor. Indeed, this wealth was not handed to him on a platter. Yes, He studied at Winchester College and was the child of a GP and Pharmacist. But he also gained a 1st in PPE from Lincoln College, Oxford, and an MBA from Stanford, evidence of a sharp mind, while the bulk of his personal wealth stems from his work for Goldman Sachs and his own firm Theleme Partners, set up in 2010. If we want to avoid a world full of sub-par or career politicians, the public will have to accept that some politicians will have piles of self-made wealth.

If we want to avoid a world full of sub-par or career politicians, the public will have to accept that some politicians will have piles of self-made wealth.

The actual issue rests far from Sunak’s private life in the Spring Statement. Here, we see a cut in fuel duty by 5p a litre and a reduction in base level income tax from 20p to 19p by the end of the Conservative government in 2024. However, there are flaws. Although the National Insurance threshold will rise from £9,880 to £12,570 on 6th July 2022, the NIC rate will also rise by 1.25 percent. The real kicker is that the Spring Statement has failed to address the cost-of-living crisis, particularly in relation to oil, fuel, and energy. As of writing, the Brent Crude is currently at $112, peaking at $128 on 8th March 2022, falling as low as $21 in April 2020, and averaging at between $50 and $70 per barrel in the past 5 years. This is a dramatic rise, offset little by the cut in fuel duty, and it has caused fuel, heating, and electricity prices to skyrocket.

The problem, therefore, is not Sunak but a lack of money, money which could be used to subsidise energy costs but also to improve education and the NHS, among other things. There are many answers, all with their own caveats. I shall present three. First, some groups could be taxed more heavily. Already the top 0.1 percent of British Citizens by earnings (over £500,000 per annum) pay 10 percent of the tax. Yet there are other, smaller, richer groups to tax. The 0.1 percent number at approximately 50,000, the 0.01 percent at 5,000. To be in the top 0.01 percent requires millions of excess income per year. Is it right that all earnings over £150,000 are taxed at the ‘additional rate’ of 45 percent? Perhaps new levels should be introduced at 50 percent for earnings over £250,000, 60 percent for earnings over 500,000, and something punitive, perhaps 75 percent, for earnings over £1 million. Of course, the numbers would be subject to revision, but such taxation would be unlikely to deter those who already work in the United Kingdom from continuing to work here.

Second, We could tax companies more heavily. This is a risky strategy, and one that I am not entirely on board with, but the potential exists to increase corporate tax from 19 percent to something more in line with France (25 percent), the United States (21 percent), or China (25 percent). Doubtless, there is the risk of companies leaving and setting up headquarters in other regions, yet, if we have faith in the strength of London as a financial hotspot, perhaps this is a risk that the government should be willing to take. In a similar vein, capital gains tax, VAT, inheritance tax, and entrepreneur’s relief could be subject to review.

Finally, and most pertinently, the government could invest in British energy independence and renewables. In order to reduce Britain’s reliance on foreign oil, it is important that independent sources of energy – be that nuclear, wind, fracking, or North Sea oil – be developed to prevent future fuel-cost crises. There is, and has traditionally been, an aversion to ‘unsafe’ fracking and nuclear. Yes, there have been devastating instances of nuclear fallout from damaged reactors, yet presently France, a nation which, as an example, generates 70 percent of its electricity from nuclear energy, is faring far better on the energy independence front than Germany and Britain.

These are all things which Sunak as Chancellor could arguably have implemented. However, it must be remembered that the Chancellor is bound by party policy and the circumstances within which he operates, and that he could still implement them in future years. I urge you to consider that underneath the man behind all this outrage, is an agile mind, fiscal competence, and compassionate conservatism. It is worth remembering that, although the Conservative Party has failed in this instance, this is the fault of the party as a whole, even of the political system, rather than of the unfortunate man at the head of the Treasury. As always in British politics, there is no guarantee that Rishi Sunak’s successor would be any better, and the likelihood is high that they would be a lot, lot worse.

Image Description: Rishi Sunak talking with a microphone in the foreground