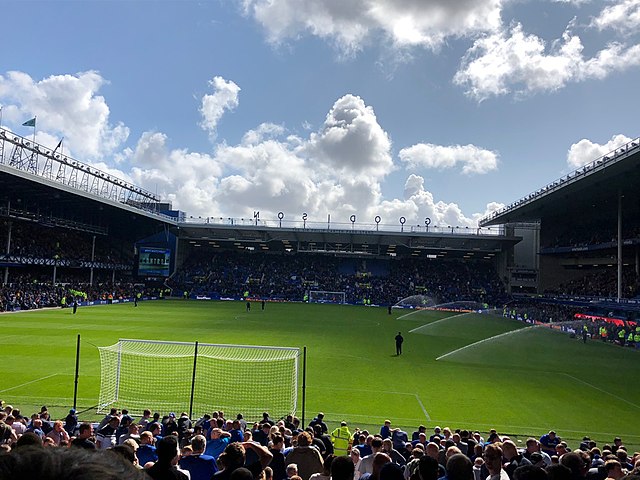 “It’s not the despair […], I can handle the despair- it’s the hope” John Cleese in Clockwise.

A defining moment for me as an Everton fan this season was the City game in late November, sitting with a pint in the Chequers and watching Sterling score to put City ahead just before the half. Two 60-year-old Everton fans came up to me as I bought a direly needed top-up pint and started chatting. “Give up”, one of them said, “Everton are finished”. They continued talking wax lyrical about the Kendall era of the 80s, a silverware dense era of Everton history my dad experienced when he was my age. However, at this point in November, Everton were sat in a comfortable 11th and my only gripe was that we weren’t challenging for Europe. I was still readily telling anyone who would listen, “Demarai Gray, signing of the season!”. I told them “Keep your chins up, there’s some way left of the league yet”.

It was only when I returned home for the Christmas vac that I realised I had gone the entire Michaelmas term without seeing Everton pick up a point, but even with that hope soon came to the rescue; Everton’s first game in the vac, a 2-1 win against Arsenal, quickly convinced me that maybe me being in Oxford was just a bad luck charm. Indeed, being in Oxford did seem to be a bad luck charm as Hilary did not improve Everton’s form. Aside from the cup, there was just the one win against similarly free-falling Leeds. In fact, from 0th week in Michaelmas until the 8th week of Hilary, Everton only picked up 8 points in the league, the lowest total in not just the Premier League but in the five top leagues in Europe.

Despite this, hope persisted, and I was certain with a change of manager, Frank would turn things around. Hope does funny things to a football fan.

Despite this, hope persisted, and I was certain with a change of manager, Frank would turn things around. Hope does funny things to a football fan. After beating Vanarama National side Boreham Wood in the FA Cup, I started researching Wembley tickets, only to be promptly humbled by 4 haunting goals from Palace. Similarly, anyone in a Spotify blend with me will attest to a persistent presence of “Spirit of the Blues”, despite the lyrics “we don’t know the meaning of losing” acting as a point of concern this season rather than a celebration.

Following a loss to Burnley in a six-pointer on the 6th of April we sat as firm relegation candidates, with a singular point between us and the drop zone- despair firmly set in. Hope wasn’t in the picture, for me the only positive I was able to find was that Oxford United’s battle for a playoff place in League One meant an Everton away day to the Kassam Stadium was on the cards- a spoonful of sugar helps the Everton go down? It was a loss that hurt double as in the same week financials had been released showing the dire economic state Everton stood in, a situation that would be bad in the Premier League, but catastrophic in the Championship.

However less than a week later, in standard Everton fashion, the dangerous feeling of hope crept in again with a trio of unexpected events- a heroic 1-0 win versus Manchester United in tandem with Burnley losing to Norwich lifted us up 4 points above relegation. Days later an unanticipated Dyche sacking left Burnley sitting in 18th with no one at the wheel. I know that if we do eventually go down it is this hope that will kill Everton fans, as we mourn what could have been. As it stands though, hope is convincing me Anthony Gordon is the best youngster in the league, Alex Iwobi is a force of nature, and Jordan Pickford is a brick wall between the sticks. Hope is fatal for an Everton fan, but at the moment it is the one thing keeping me going.

Hope is fatal for an Everton fan, but at the moment it is the one thing keeping me going.

Image description: Goodison during a Premier League match against Wolverhampton on 9-3-2019