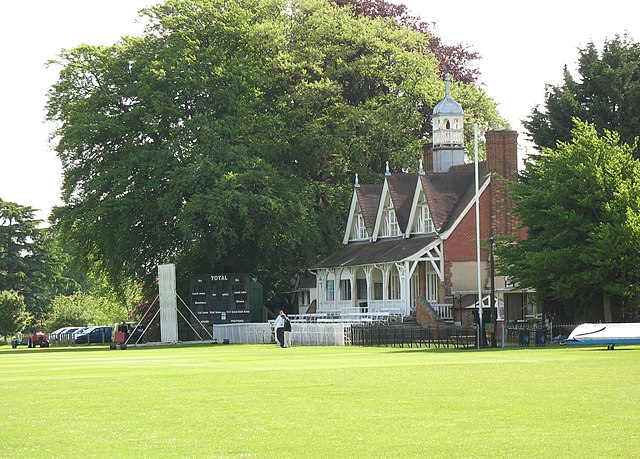 The New College Playing Field, more commonly known as Weston after its benefactor, is a sports ground that exudes class and prowess more than most others. Situated between the river Cherwell and St Cross Road, its vertiginous expanse draws in wondrous gazes from all passers-by. It stands out for several reasons, chief among which is the fact that it’s relatively flat, especially in comparison with other college grounds. It’s also pretty massive as it has to accommodate both New College School’s sporting needs and Linacre College’s existential needs.

its vertiginous expanse draws in wondrous gazes from all passers-by.

The pavilion is in fact just that, a building and not a glorified shed, playing host to two squash courts, one now sadly the domain of the Boat Club’s erg room – classic rowing – two changing rooms and the MCR bar. The balcony overlooks the rugby pitch, of ample size and unblemished due to it only being used for fixtures. The changing rooms are clean and newish, though sadly are not pimped out with a sound system.

The football pitch is further afield, but similar in essence to the rugby one – well-kept and well-sized. I will concede that it does dip a little towards the south-west corner though. The bank up to the wall into Linacre on the north touchline makes for solid mid-game ball retrievals. It is however dwarfed by the five or so smaller pitches utilised by the school to the north-east and east. On occasion, these pitches do provide valuable spectators to the football team, which was especially the case when I did a sick Cruyff turn and banged it bottom corner in a 2s football game to rapturous applause.

these pitches do provide valuable spectators to the football team, which was especially the case when I did a sick Cruyff turn and banged it bottom corner in a 2s football game

Also possessed by the grounds are a slightly dishevelled yet functional concrete court for tennis and netball, as well as five grass tennis courts in Trinity, which are beautiful. All in all, it’s definitely a top college sports ground, and in this estimation all I must do is extend heartfelt gratitude from me and the wider college to the generosity of the Weston family.