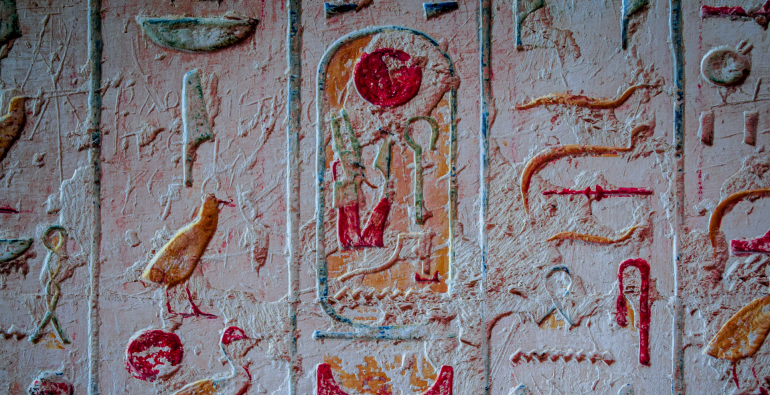 ‘Tutankhamun: Excavating the Archive’: A review of the exhibition at the Weston Library

‘Tutankhamun: Excavating the Archive’ is a new exhibition at the Weston Library that attempts to retell the story of the discovery of Tutankhamun’s tomb not through jewels and treasure, but rather through the diaries, photographs and records kept by the team that found the tomb. These documents now reside in the archives of the Griffith Institute.

The exhibit is split into 16 small sections, each focussing on a different stage of the excavation, from the discovery of the tomb, to the inventory of the finds, to the wider cultural impacts of the dig.

The exhibit has a vivid focus on the thoughts of lead excavator Howard Carter, financier Lord Carnarvon, archaeologist Arthur Mace and others, as seen through contemporary documents. This human approach is a novel and colourful one, and it is undoubtedly this which brings the exhibition to life. The other highlights include the original diary of Howard Carter and a podium where visitors can hear a short recording of one of Carter’s lectures about the discovery of the tomb.

At the back of the exhibition room is a section dedicated to a set of three photos of an Egyptian boy wearing an elaborate necklace at the time of the dig. Whereas most museums would focus on the necklace, the exhibit instead focusses on the boy and tells his story. This originality is often lacking in Egyptological exhibits; this exhibition pushes the Egyptian members of the excavation team back into the public eye.

Further displays explore the reception of the excavation by the general public, namely the commercialisation of the dig through board games, literature, music and even the brand of lemons that was named after Tutankhamun. This is an important aspect which is often neglected and its inclusion here is indicative of the curators’ commitment to telling the human story of the find. Co-curator Prof. Richard Bruce Parkinson wrote that “there is so much more to the discovery of the tomb of Tutankhamun than ‘golden treasures’”, and this seeps through into every display.

Unfortunately, the archaeologist-centred approach to the exhibit left something to be desired. Strangely enough, very little is explained about Tutankhamun himself, leaving him feeling somewhat erased, despite the exhibition being named after him. It may just be that curators, Bruce Parkinson along with Dr. Daniela Rosenow, expect visitors to know who Tutankhamun is, but a brief biography definitely wouldn’t go amiss, and wouldn’t be overpowering to the main focus of the exhibit.

Another thing that stood out to me was a small lion statuette that the description plaque described as “waving as if to greet the explorers”, which has childish, or worse, colonialist overtones, and is generally out of place. While the curators claim to have “the colonialist popular stereotypes” in mind throughout, the focus could be better thought through.

Overall, the exhibit is well done, and stands as proof that Tutankhamun’s tomb can be talked about effectively without the clichés of the gold funeral mask and “boy king” rhetoric. However, the exhibition should show an awareness of its specific stress on the archaeologists, and perhaps change its title to reflect this.

‘Tutankhamun: Excavating the Archive’ is a free exhibit at the Weston Library until 5th February 2023