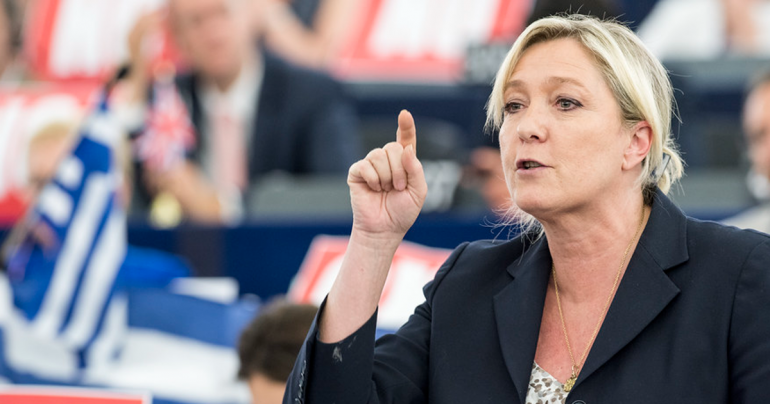 A different Le Pen but the same story

It’s 2022 and it’s a year of many political stories, but one that many keen political observers have followed is the French presidential election, with the implications of the result likely to be felt not just in Europe but globally. In many ways, it was a rerun of the last election; Macron vs Le Pen, the centre-right parties and centre-left parties of France overtaken by Macron’s En Marche and Le Pen’s National Rally (formerly known as the National Front). However, the story of the 2022 election was very different than that of 2017. Macron was the incumbent with a mixed record, while Le Pen attempted to change her image and moderate. Macron won the election with a comfortable victory, but much narrower than 2017: Le Pen gained nearly 3 million more votes and Macron lost 2 million. The French are slowly warming to a far-right presidency. But why did Le Pen do better this time?

The election happened in the midst of a European war. This was seen by many as a natural advantage for Macron, with his far firmer belief in NATO and the EU compared to Le Pen’s NATO scepticism and party links to Russia. However, Macron spent more time as statesman than candidate. This allowed Le Pen to frame the election around the cost of living crisis, which many French citizens care far more about. Le Pen went out on the attack, claiming Macron is the president of the rich and out of touch with the working class. Economically, she moved significantly to the left, adopting a more statist platform which she hoped would increase her chances of wooing Mélenchon voters. She vowed to lower the state pension age to 60, scrap income tax for all those under 30, and make businesses raise wages by up to 10%. Focusing on these issues allowed her to take less flak for her other, more controversial, policies on the EU and immigration.

Regarding the EU, has Le Pen really moderated – or kept her true ambitions hidden beneath a change of language? In 2017, she promised a referendum on France’s membership of the Euro, which most observers say would have inevitably led to France leaving the bloc altogether (which Le Pen expressed support for in 2012). Macron has called this election a referendum on Europe, arguing a Le Pen presidency would lead to a disastrous French exit from the EU. Le Pen has changed her language, stating she wants to remain in the EU but change it from the inside into a bloc of “sovereign nations”. However, while Le Pen’s language may have changed, her true goals haven’t. Le Pen’s policies would put France in direct conflict with the EU, with her plans to slash EU funding and prioritise French nationals for jobs – which would go against EU law.

On immigration, Marine Le Pen has maintained her nationalistic and anti-immigrant roots. She wants a referendum on immigration, with plans for strict rules for entering France and becoming French. Under a highly controversial proposal called priorité nationale (national priority), she also wants French nationals to be given housing and social services ahead of foreigners – with 620,000 homes for foreign nationals put on the market for families where at least one parent is French. She was initially in favour of holding a referendum on the death penalty before realising it was “anti-constitutional”. Le Pen’s vision for future French immigration has never really changed, especially with her fuelling the fire of anti-Muslim rhetoric with her plan for a headscarf ban in public.

Macron did press Le Pen on her foreign policy views. During the TV primetime debate between Le Pen and Macron, he landed a killer punch, pressing Le Pen on her borrowing money from a Russian bank to support her political ambitions. Le Pen has suffered because of her party’s alleged close links to Putin, especially suffering the embarrassment of her party destroying leaflets that featured pictures of her shaking hands with Putin. Macron tried to show that he has attempted to lead the diplomatic efforts to stop the war in Ukraine and introduce EU sanctions. The French people will have been wary of what a Le Pen presidency might mean for France’s relations with NATO and Russia.

Fundamentally, Marine Le Pen tried to present herself as more of a stateswoman. She focused on radical policies to restructure the economy and rebalance the divide that exists within French society, while maintaining her strong nationalism and anti-immigrant sentiments – but hiding them beneath more moderate language. It didn’t work this time, but Le Pen is building for a final run, and possible victory, in 2027. She will be the most mainstream candidate with the largest support base and Macron will not be able to stand.