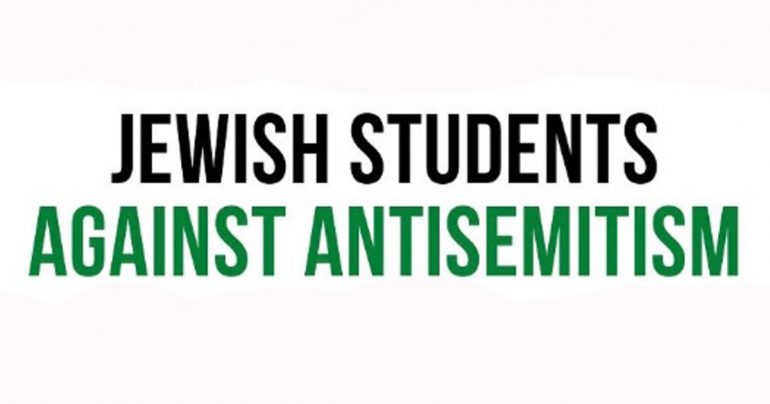 The organisation of Jewish Students Against Antisemitism (JSAA) at the University of Oxford has recently released a statement disputing the Union of Jewish Students (UJS) open letter to the National Union of Students (NUS) Board of Trustees. The statement has brought forward the necessity to address the recurring issue of antisemitism within the NUS, while remaining critical of the UJS’s conflation of anti-semitism and anti-zionism.

The JSAA reached out to The Oxford Student affirming that, “the statement expresses support for both Jewish safety and Palestinian freedom, reiterating calls against anti-semitism, while expressing concern over the UJS’s conflation of anti-zionism and anti-semitism.”

Dallali, who is set to serve a two-year term commencing July, was condemned for a tweet she made ten years ago, referencing an anti-Israeli protest chant: “Khaybar Khaybar O Jews … Muhammad’s army will return Gaza.” The chant is a controversial reference to the Muslim army’s assault against the Jewish population of Medina during the battle of Khaybar in 628 AD, and was tweeted by Dallali at a time of heightened tensions between Hamas and the IDF in 2012.

Further criticisms of Dallali also include an article she wrote in 2018, reporting on the election of Yusuf al-Qaradwi as chairman of the International Union of Muslim Scholars (IUMS), and describing al-Qaradwi as a “moral compass for the Muslim community at large.” The Qatar-based IUMS was declared as a terrorist organisation by the UAE government in 2014, and al-Qaradwi has also been a long-standing figure of controversy. He is banned in several countries, including the US, UK and France due to his inflammatory views, especially regarding anti-semitism, homophobia, and condoning of suicide bombings. In 2018, al-Qaradwi was sentenced to life-imprisonment by Egyptian authorities, and he continues to remain exiled in Doha.

Dallali has since apologised for the tweet from ten years ago, acknowledged that she is “no longer the same person “, and that she has “developed (her) political language to talk about Palestine and Israel.” However, she expressed serious concerns about her safety, especially in light of the incident which has resulted in violently racist and Islamophobic abuse, including threats to “go ahead and kill herself.” She is quoted saying, “unfortunately, as a Black Muslim woman, it is something that I expected because I’ve seen it happen to other Black Muslim women when they take up positions in the student union or the NUS, where they are attacked based on their political beliefs or their pro-Palestinian stance.” In a recent article from The Tab, Dallali also claims that “the pre-emptive scrutiny of Muslim women is symptomatic of the nature of Gendered Islamophobia. Individuals and groups will go out of their way to seek to criminalise Muslim women in leadership, without acceptance for any space for growth and change.”

The JSAA statement reaffirmed the condemnation of anti-semitism within the UJS open letter, citing, “we are acutely aware of how anti-semitism affects Jewish students (and Jewish staff) on university campuses. British society is bathed in the legacies of white Christian supremacy, colonialism and antisemitism – these phenomena are interlinked and therefore must be addressed jointly to keep all students safe. We wholeheartedly agree that, as stated in the UJS letter, ‘Jewish students have a right to be included in NUS and the wider student movement’. We also understand that many Jewish students who signed the UJS letter did so because they are concerned about anti-semitism on campus… We take particular issue with the ways that the UJS has conflated anti-semitism and anti-zionism in this instance. The inclusion of a demand that NUS adopts the IHRA working definition on anti-semitism in their letter, despite evidence that such a move would put Palestinian students at risk, is unacceptable.”

“The pre-emptive scrutiny of Muslim women is symptomatic of the nature of Gendered Islamophobia. Individuals and groups will go out of their way to seek to criminalise Muslim women in leadership, without acceptance for any space for growth and change.”

The JSAA further states that UJS cannot claim to speak for all Jewish students, and is unrepresentative of the diversity within Jewish opinion. “We have long-held concerns that the UJS is more preoccupied with supporting and advocating for Israel – whether through their IHRA campaign, their continual partnership with the right-wing Hasbara organisation Stand With Us, or their support for politicians like Nadhim Zahawi – than with protecting or advancing Jewish student life or interests. We are hard-pressed to understand how any of these activities relate to combatting anti-semitism. They are also inherently exclusionary to Jewish students who identify as anti-occupation, non-zionist or anti-zionist,” they continue.

The NUS has been under constant scrutiny for recurring anti-semitism, with consistent rallying calls from Jewish students urging for reform and for more effective measures to be put in place against such discrimination. In 2018 and 2019 respectively, a member of the national council and an election candidate were removed from the organisation in line with their policies against anti-semitism. Recent incidents have also resulted in more than 20 former presidents of the NUS, including three cabinet ministers, urging for an investigation and for further action to be taken. Michelle Donelan, the Minister of State for Higher Education has also reportedly urged for student unions across the country to “consider disaffiliation, unless matters improve quickly.”

A recent article in the Cherwell has criticised the Oxford SU’s response towards Dallali’s appointment, in which the SU has echoed similar sentiments to that expressed by Cambridge SU’s regarding the “co-option of genuine student concerns about anti-semitism… as an attempt to silence students of colour and those advocating for Palestinian rights.”

In a recent email to the Oxford SU, the JSAA has stated that, “we, Jewish Students Against Antisemitism, are a movement founded by Jewish Students at the University of Oxford following the recent UJS open letter criticising the NUS. Though we recognise that Shaima Dallali has made some problematic comments, the UJS’s approach is ineffective in tackling anti-semitism and fails to align anti-semitism with anti-racism and liberation more broadly. Our group seeks to campaign both for a liberated Palestine and Jewish safety and wellbeing on university campuses. We stand behind your statement on the NUS and ask that you continue to advocate for Palestinian human rights and protect Jewish Students’ voice like our own.”

The Oxford Student has reached out to the Oxford SU and Oxford JSoc for a response regarding the statement from JSAA. Both parties have declined to comment.

The full statement made by JSAA is available here.

The Oxford Student does not claim official endorsement towards any of the aforementioned individuals or organisations. We are committed to maintaining integrity through objective, respectful, and factual news reporting.