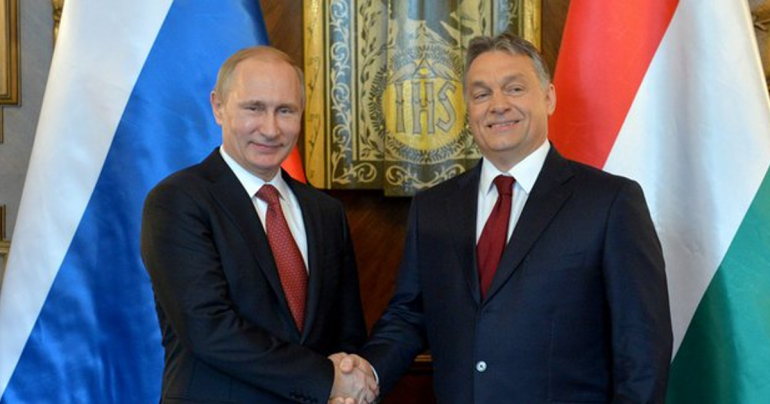 On April 3rd, Hungary voted. Viktor Orbán not only came out victorious in the 4th election in a row, but also retained a 2/3rds legislative majority in parliament, gaining a staggering 54% of the vote in the election. Since coming into power for the second time in 2010, him and his FIDESZ party have been responsible for proclaiming the ‘illiberal state’, features of which have included democratic backsliding leading to a disciplinary procedure launched by the EU, issues with press freedom, the widespread demonization of groups including immigrants and the LGBTQ+ community, and a foreign policy reorientation towards Russia and China. It was a devastating defeat for the democratic opposition in Hungary who entered this campaign with so much hope and optimism.

For those of us who wished for a democratic, progressive, and pro-European Hungary, the result feels crushing.

This defeat can no longer be explained and dismissed along the recurring arguments of ‘Orbán cheats’, ‘the system inherently benefits Fidesz’ or ‘the media landscape is dominated by oligarchs close to Orbán and filled with pro-government propaganda’. Yes, the electoral plane is tilted in the favour of Orbán’s ruling party. Yes, there had been some reported cases of attempted cheating at the ballot box, including attempts to buy votes with cash or even sacks of potatoes. Yes, the media landscape of Hungary is indeed in a sad state, and it is hard to fathom how it is possible, in an EU member state, in the 21st century, for the candidate of the unified opposition to get a measly 5 minutes of airtime at the national broadcaster during the entirety of the election campaign, while Fidesz politicians and pro-Orbán commentators constantly fill the airtime. None of that can explain the sheer scale of this victory. Even as the opposition face an unfair, uphill battle in reaching the electorate, it must be recognized that a large section of Hungarian society simply likes Viktor Orbán and is happy with his policies and the direction he has taken the country in.

In no sense is that more disappointing than if we look at how the population has responded to the war that has been taking place not far from our borders. Since taking office in 2010, Orbán has been openly forging closer ties with Russia and Vladmir Putin. One would’ve thought that the Russian invasion of Ukraine right in the middle of the election campaign would hurt him, but the Fidesz communications machine moved quickly. The narrative was framed quick as lightning: Hungary has nothing to do with this war, we must stay out of it and only a vote for Fidesz could guarantee this. The pro-government media immediately began spreading false accusations of the opposition sending soldiers to Ukraine if elected, alongside constant skepticism about Putin’s responsibility and on any claims of war crimes committed by Russian forces. When President Zelenskyy called out Orbán by name for the complete lack of support shown to Ukraine, the media machine sprung into action rapidly once again, ruthlessly attacking the Ukrainian leader. All of this seems to have worked. After the constant false coverage in the media, voters bought into the idea that an opposition victory would mean sending young men off to the war. A hardly insignificant minority of voters believe that Putin was justified in launching his invasion. Among those who don’t, an alarming number appear to have overlooked or excused Fidesz’s pro-Russian politics.

When Orbán mocked Zelenskyy in his victory speech, he received a rapturous cheer.

It is hard to admit, but there is a rotten element present at the core of Hungarian society that cannot be ignored. This is the nation of 1956, of the ‘lads of Pest’, the people who bravely resisted when the Soviet tanks rolled into Budapest. If any nation in Europe should understand what it is like when the Russian bear refuses to let you go from its grip it is us Hungarians. Our nation’s history would command that we be a leading voice in calling for support of the heroic Ukrainians who today bravely resist Russian aggression just as we Hungarians did in 1956. Instead, voters re-elected a man who declared an ‘eastern turn’ for Hungary, cozied up to the Russian dictator, housed the headquarters of Putin’s spy bank in Budapest, and is currently refusing to allow any shipments of weapons to Ukraine through Hungary, as well as blocking attempts for certain sanctions on Russia. It is utterly shameful. This is who we currently are on the world stage, shunned by the EU and the wider democratic community, the poster nation for democratic backsliding, a frequently cited negative example for other democracies to beware. Worst of it all, we actively chose this. The frustration and disappointment cannot be put into words.

It is hard to even begin trying to figure out where those looking for change in Hungary go from here. Analyses of the reasons for the opposition’s heavy defeat have already been thrown around and will be explored in the coming years for sure. What is clear is that while uniting the democratic opposition was a necessary step, it was nowhere near enough. The stranglehold Orbán and Fidesz have, not only over the nations legislative and media landscape, but also as it seems its soul and morality, will take a lot of work to overturn. As this election has shown, there is currently simply not the necessary desire within Hungarian society for meaningful change, for Orbán to go. People appear satisfied with the situation as it is, despite the erosion of democracy, misuse of public and EU funds and significant issues with the state of the healthcare & education systems (as shown by frequent recent protests).

We have seen at best indifference to, or at worst an outright approval of, the hatemongering, homophobic, and pro-Russia policies that the government has pursued in the past years.

Neither prospect offers much hope. In a 2018 song commenting on politics & society, Hungarian rapper Krúbi ended with the line ‘we only truly feel at home in the smell of piss and s***’. It sadly seems he is right and in light of this election, the words have never been so apt…