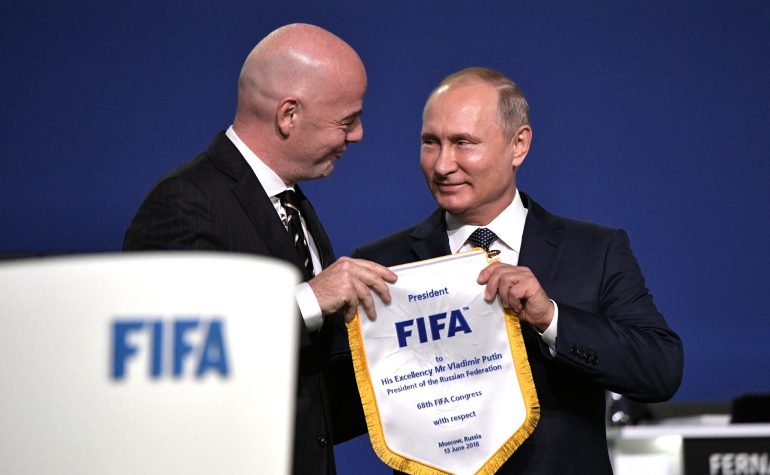 Sports-Washing and American Owners: A Conversation with a Football Industry Insider

I sat down with an anonymous source who has worked in the football industry for nearly 20 years to ask the two questions Chelsea fans have been pondering since early March – how does sports-washing work? and are American owners really that bad?

In early March of this year my football club, Chelsea FC, were sanctioned by the British Government. Their owner, Roman Abramovich, is described as Putin’s ‘favourite son’  and indeed, it was this close relationship to the Russian regime that led to Chelsea’s asset freeze. This article does not seek to explore the politics or legalities of this process. Despite all my tribal instincts, one has to accept that this was a necessary and poignant action on behalf of the British government in response to the ongoing invasion of Ukraine. A good decision.

However, what I will explore are the consequences of this process. Indeed, Chelsea fans, including myself, have faced two fundamental questions…. have we fallen into the trap of sports-washing? and what does the future hold for our football club?

These two avenues of discussion have both been prompted by the Chelsea fanbase’s responses to the sanctions; the embarrassing heralding of Roman Abramovich as some sort of ‘victim’ in this process .  His name continuing to be sung by a certain, balding, Caucasian,  gold teethed, Brexit loving sect of the fanbase has made me confront the realities of sports-washing. Similarly, the near apocalyptic panic of fans on social media over the prospect of having American owners as a result of the impending takeover of the club as led me to wonder if they are really as bad as they are made out to be?

Speaking to a source who has worked in football for nearly 20 years, with great insider knowledge, I sought to alleviate my fears and become enlightened on the realities of football ownership, but more importantly – Chelsea.

It is important to note from the offset that sports-washing is a broad subject. My source was keen to stress that in regards to sports-washing one needs to look beyond football, with the F1 and the Olympics being major sporting bodies also guilty of promoting this practice. Indeed, there is seemingly an inevitability surrounding it. The circumstances of the selection processes of host cities make it inescapable.

My source outlined how unfortunately federations like the IOC call on their host countries to pay for everything while simultaneously exploiting the sponsorship and media rights, to keep  the money, emphasising that it means there is little financial motivation for these host cities. Hence, we have World Cups in Russia and Qatar, Olympics in Beijing or F1 races in Saudi Arabia. The conditions of selecting these host nations means most countries, willing to spend the money required, have a different motivation – that of enhancing their reputation. Sport is high profile and putting on a World Cup or F1 Grand Prix provides a useful route for states to cover-up their political or social misdeeds.

Poignantly, to my source it seemed a near laughable myth that governing bodies are there for the good of the sport. Most of these federations are run for the good of the president and those who surround them. Finding host-nations who are willing to take on such a responsibility without any financial impulse allows for these governing bodies to hold onto their profits and disperse them to retain votes. Interestingly, my source noted that this is what made the Super League an interesting concept, as it threatened to take away  this power.

Hence, we are forced to ask: what about the fans? Sadly, as my source was quick to emphasise, there is not much room for fans in this issue. It seems, it is only really the government that can combat this……hurrah!

Once again, in a near inevitable cycle, one must turn to the government to find the key source of the issue. So, what can our British government do, or have they done, to combat owners taking over our clubs and using them as tools to enhance their reputation? Disappointingly, it seems this very issue has come about due to the government’s lack of action. The British government has never really cared for football. Consecutive governments have disregarded the sport and British clubs’ position in the football community. They have failed to protect it from outside investment, and ultimately aren’t we to blame?! Fans have only really cared about success rather than integrity. I speak for myself in this regard- a Chelsea fan of almost 20 years who only now has decided to think critically about sports-washing. This is what we get as a result – a bunch of Americans seeking profits or other foreign parties seeking to strengthen their reputation. It is high time we decide which of these is worse.

“…to my source it seemed a near laughable myth that governing bodies are there for the good of the sport.”

However, my source swiftly pressed me on this assumption – are American owners really that bad? Should they be seen as evil? They went on to outline that if British football is going to be opened up to outside investment, this is a near inevitable consequence. We have two options: we are either at the whim of owners who make money a near farce, throwing it about without a concern; or r we will have owners who will treat it like a business investment, seeking to make profit in the long-run.

In many ways, American owners – or any owner who seeks a financial incentive, rather a image based one –  are the only reasonable solution to sport-washing within football at the ownership level, within the framework of British football currently finds itself in. People like myself must accept that it is better for society to have owners who will come in and seek to sell off the club in the future for more than they paid, than those who come in to cover up the muddied waters of the state they represent. I’d personally rather have my club owned by a Boston based investment firm, who may not throw money around in the same way, but whose ownership will at least not lead  to my fans chanting the name of a man who is directly involved in the invasion of a sovereign nation and the murder of thousands of innocent civilians.

“The sport has been besmirched, we must act to stop society from going the same way”

We have to accept that our football clubs have been treated like commodities for decades now. Nonetheless, fandom is inherently irrational, it is a passion driven lifestyle. It subsequently distorts fan’s view of what’s happening, who’s good and who’s bad. We, British football fans, have to take a step back and recognise the wider picture. Though American owners, like the Glazers, might be lambasted as parasites sucking the money from Manchester United,  this is what happens when a cultural cornerstone of our society isn’t protected by our government. Bad owners come in. However, in the long-run I’d still rather have ‘bad owners’ like the Glazers, as opposed to allowing our football  clubs to be tools for political games. We do not want ownership of a club to allow for fans’ view on the elementary notions of good and evil to be warped by success on a football pitch. Nowadays there simply exists two choices for Premier League clubs – to be run for profit or disguise.

Football is a messy and depressing subject – even more so when framed within the British model of club ownership. For fans like myself who pretend to see football clubs as more than just teams who play on the pitch, but as pillars of community,  there is no happy solution. The sport has been besmirched, we must act to stop society from going the same way. Sadly, most likely, nothing will change. These issues are long-term – they have big consequences, but they take time to develop. As long as most fans keep watching great performances they’ll probably never care.