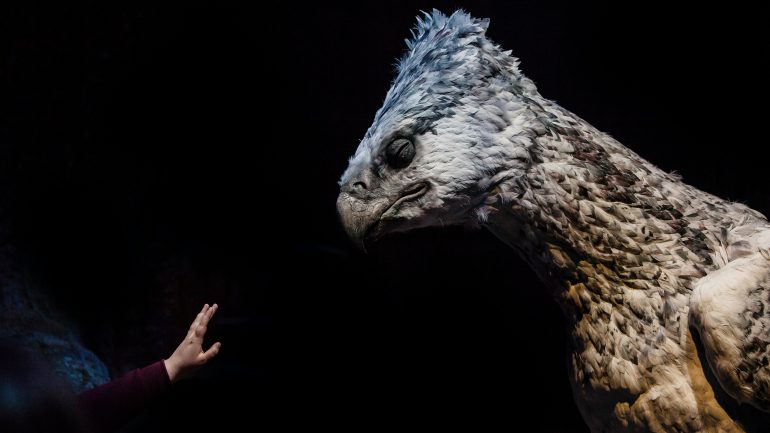 Review of Fantastic Beasts: The Secrets of Dumbledore

Fantastic Beasts: The Secrets of Dumbledore is a nightmarish film. Far from a relaxing exam break, this was a two-and-a-something-hours long car crash of a movie. The film reminded me a lot of the Star Wars prequels, with overqualified actors reduced to contrived, overcomplicated dialogue with CGI characters. Driving back home, I tried to recall what had happened in the film and it all blurred together into a haze; a sort of elongated fever dream one has between fits of vomiting.

Far from a relaxing exam break, this was a two-and-a-something-hours long car crash of a movie.

I quite enjoyed the first Fantastic Beasts film released in 2016. It was a simple story about a quirky wizard collecting strange creatures, with lots of British charm. However, following this film’s box office success, Warner Bros decided to relaunch the franchise as a five-part epic series about the war between Hogwart’s Professor Dumbledore and clearly Hitler-inspired Gellert Grindelwald. This was an overt attempt to recapture the Harry Potter magic but seems the sudden dark shift of the films is strange considering the whimsical simplicity of the first film. The resulting sequels therefore have all the tonal whiplash of a grim fusion between Come and See and Detective Pikachu. This surreal combination was reflected in one scene of the new film: scenes of a wizarding mass meeting resembling the far-right fascistic rally were interspersed with shots of Eddie Redmayne dancing like a crab. A moment of cognitive dissonance. I’m not sure if the film wanted me to laugh, I did often but at and not with it.

I don’t know who this film is for. It definitely isn’t for children; they will be bored stiff by the convoluted political nonsense of the plot. But I don’t think this film is for adults either. This isn’t for anyone. Despite the fact that these are basically the ‘Dumbledore’ series of films, they still have to shoehorn in the titular Fantastic Beasts in increasingly ridiculous ways. In this film, the whole narrative revolves around the characters capturing a magical baby deer that will determine who will become the leader of the Wizarding World – it is as absurd as it sounds. I can’t say I recall there ever being a ‘Wizard World leader’ in previous films, and I still don’t quite understand why the wizards believe that a light-up fawn is needed to pick this leader, but then nor do I really care. I think Fantastic Beasts 3 would have been better realised in podcast form, with just one continuous sound of a long, constipated groan.

I think Fantastic Beasts 3 would have been better realised in podcast form, with just one continuous sound of a long, constipated groan.

The political satire here is as obvious as it is tired, and perhaps I was projecting but there seemed a general energy of fatigue throughout the film. They don’t want to make two more of these films as much as the audience doesn’t want to see them. Thankfully the filmmakers seemed very aware of the general exhaustion surrounding the franchise. I enjoyed the fact that when returning characters were introduced, they had this tendency to monologue about who they were and what happened to them in the previous films, an almost meta-acknowledgment of the fact that the audience both can’t remember and don’t give a shit.

I write this not just as a very grumpy cynic but also as a big fan of the Harry Potter franchise. I read all the books when I was younger, and binged the films over the Christmas vac. I think what I enjoy the most about those films are the memorable characters and the stellar cast who play them. The Harry Potter films feature, it seems, almost every British actor on the planet: Dame Maggie Smith, Jason Isaacs, John Hurt, Alan Rickman, Robbie Coltrane, David Tennant, Ralph Fiennes, to name but a few. The Fantastic Beasts franchise also contains an extensive cast, but with a lot of quite dull side characters played by less established actors. There are so many side-characters and subplots in this film and yet, despite all this commotion, so little happens; it is less of a story and more of a cinematic optical illusion. Why does Newt Scamander need a brother in this who has no character and simply follows him around the whole film? Does there really need to be an extended side story about a wizard who infiltrates the Nazis, is revealed to be a Nazi, and then turns out to be double-double-agent non-Nazi? Even poor Mads Mikkelsen isn’t given very much to do, as if all the script direction he was given was ‘LURK ABOUT – LOOK INTIMIDATING’. Voldemort was hardly a subtle villain; however it does seem to me there is more going on with him than just literally being ‘Wizard Hitler’ as Mikkelsen’s character Gellert Grindelwald appears to be.

Far from capturing Gambon’s Dublin roots, for most of the film I thought that the secret of Dumbledore was that he was Cornish.

My personal highlight of the film was Jude Law who made the bizarre decision to try and replicate Michael Gambon’s accent as Dumbledore, talking normally but attempting to end every sentence with an Irish accent. Far from capturing Gambon’s Dublin roots, for most of the film I thought that the secret of Dumbledore was that he was Cornish. It reminded me of those stories in the paper you read about a person from Australia waking up from a coma speaking French. The comedy from Law’s accent was not intended, but was the only magic found in this miserable mess.

It’s not a huge surprise that this film is such a disaster considering the controversy surrounding it, with J.K. Rowling’s TERF wars, Johnny Depp’s trial and subsequent recasting, and now Ezra Miller’s repeated scraps all capturing headlines and shining constant negative attention on the series. It feels both fitting and ironic that a film about political division and culture wars has descended into becoming itself a hotly contested part of the culture war. They say that there’s no such thing as bad press, but as it stands The Secrets of Dumbledore is performing poorly in comparison to previous Wizarding World films, and Warner Bros has made it clear that the franchises’ future hangs in the balance.

Image Description: a picture of a bird-like magical beast