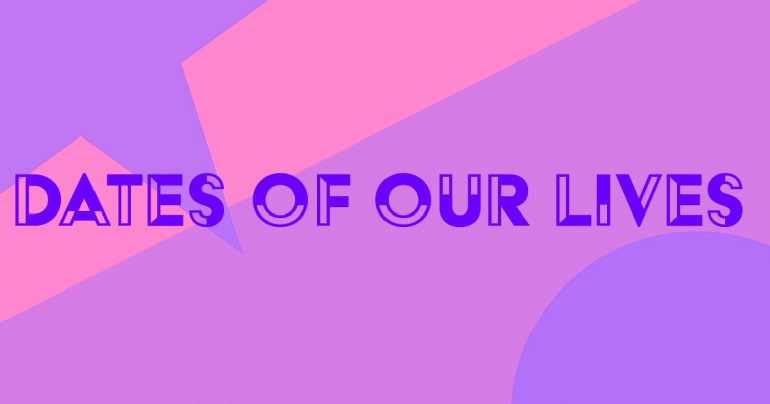 Dates of Our Lives: I think I’ve been here before…?

Dear readers, it has been some time I know but wipe those tears away for I am back. You may be wondering how I can still provide such tales of dating woe considering this is now my final term of my final year in which I shall be sitting… my finals. But in the wise words of Lord Anthony Bridgerton, procrastination is the bane of my existence and the object of all my desires, and so, I humbly proffer this mere morsal of a dating disaster for you to nibble upon and digest at your leisure.

Having binge watched the entirety of Bridgerton in one sitting (in case you hadn’t already guessed) I had sworn off, not love – but dating apps. I had come to the realisation that they could never replicate the love and emotional rollercoaster of a period drama, and thus I had deleted Tinder. Free from the weighty duties of replying to such messages as “I want to put my babies inside you” and “can I have the number of your friend in the last pic x” I felt as light as a feather. However, there were still some loose ends to tie up.

I had graduated from Tinder to Instagram in my messaging of one Toby. He seemed perfectly pleasant, though no Duke of Hastings, and I had agreed to go for a drink previously but had bailed, blaming COVID, and snuggled down to watch some trash TV. But, my British sensibilities got the better of me and I was overwrought with guilt, and so re-arranged.

We went to The Alchemist which was a real shame since it was the end of term and I was officially broke. Pesto pasta was increasingly looking very high-end and I was wondering if in fact the diet of Oliver Twist may be the way forward. Luckily I was able to leave my morals at home and gladly agreed when he said he would get the first round.

We walked up to the door. It was a Friday night and the bouncers were gatekeeping. They asked for our IDs and then one of them turned to me and said “Oh…hello”. I looked up and gulped.

At the door was Adam. You may know Adam from my other dating stories. You may on the other hand have a real life and not follow my every move. Shame on you if you’re in the latter camp.

We had gone on a date and messaged sporadically but I wasn’t that bothered and had left him in the dust with, what I can only imagine to be, salty tears and an ache in his bosom.

He told me to put my ID away, he knew I was over 18. What a flirt. Although since I do think I look under 25 he really ought to have checked anyway.

We struck up a conversation. He asked me about my dissertation, and I asked him back. Turns out whilst I had been lying in the foetal position in the lower Glink muttering about 19th century travel writing, he had paid a classmate to write his up, and flown to Mexico for a fortnight’s holiday. I wasn’t sure whether to be impressed or shocked. One of us was finessing the system and in that moment I wasn’t entirely sure it was me.

The two circled each other mentally like birds competing in a mating ritual.

The conversation was delightful and then I remembered Toby was stood there. Toby the statue. Adam also noticed this. He puffed out his chest and in a particularly growling voice asked Toby his name. The two circled each other mentally like birds competing in a mating ritual. They exchanged essential details and I dragged Toby in to the bar to avoid any more awkwardness. When asked how we knew each other, readers, I lied. I mumbled something about friend of a friend of a friend who played sport with him.

We got the drinks. He paid. With the sparks flying and the mists swirling around us (from the bar staff making the drinks, not, unfortunately from the chemistry between me and Toby) I was transported back to GCSE science with that one teacher who had a glass eye and rocked up to lessons one day with odd shoes on. Having seen Adam, I felt rather on the backfoot myself.

The conversation was drier than my parched throat and not even the eye-watering cocktails could moisten it up. I made a tactical toilet break.

As I sat there weeing, I realised that I could not possibly go out there and face Toby again. I messaged my friend for help but to no avail.

The cubicle became a WWI war room. I produced mental maps, I marked escape routes, invented cover stories in case I was captured by the enemy, and made sure I was in possession of my weapons – and my faculties; The cocktails were surprisingly strong.

I mentally blew the whistle and shouted “over the top, boys!” before running through the No Man’s Land of the ladies loo and I burst into the main bar area. I found my way over to Toby and hit him with the grenade of all grenade – my fake period. I whispered it had come upon my suddenly and that it was like Gallipoli down there, I even helpfully gestured to my southern flank. It had the right effect. He turned scarlet and led me to the door.

We parted ways with a promise of another date soon. A promise I knew I would not be fulfilling. I waved him off like a son sent to the Somme, sure he would never return.

I waved him off like a son sent to the Somme, sure he would never return.

As I got in through the door a full 45 minutes after departing, a message popped up. It was Adam. We remarked how funny it was to see each other and asked if I was still in the bar since he couldn’t see me. I replied to the negative and regaled him with the events of the evening. He said he got off work at 9 and asked if I wanted to catch up.

Readers. I am ashamed of myself.

Because you know what? I agreed. I met him in exactly the same spot I had departed not 15 minutes ago. This time, though, there was the added incentive of a staff discount.