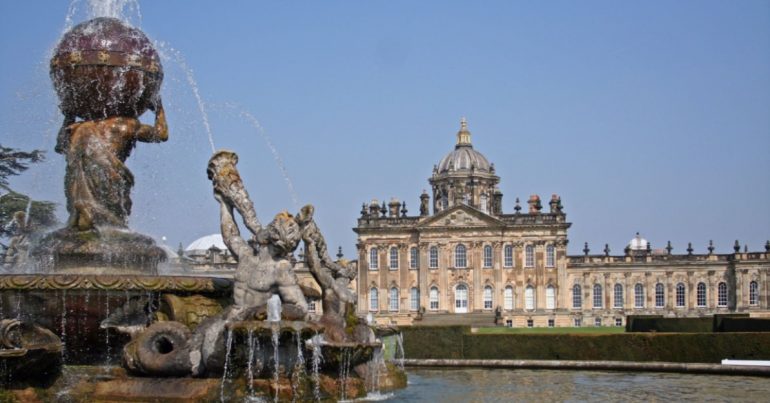 A Review of Daisy Dunn's 'Not Far From Brideshead: Oxford Between the Wars'

Do you ever wish you lived in Evelyn Waugh’s Oxford? Perhaps it is a malady unique to me. A world of artists and poets, aesthetes milling about in ostentatious colours, exuberant larger-than-life tutors, the kind who would invite students to lunch, who would be their friends rather than mere academic supervisors. These are at least some of the characters that populate Daisy Dunn’s Not Far From Brideshead: Oxford Between the Wars (2022). The book is enough to inspire nostalgia in anyone for a time they never experienced.

It pivots around the lives of three exceptional classicists: E.R. Dodds, Gilbert Murray, and Maurice Bowra. The names may already be familiar to those studying Classics, owing to the older items on their reading lists. I, therefore, being a classicist, felt very much at home in the world of the book. But non-classicists will be kept interested by frequent mention of a cast of other famous names: Virginia Woolf, Charlie Chaplin, and the man whose novels defined this age in Oxford’s history as one of beauty, Evelyn Waugh.

Not Far From Brideshead, though, is not merely an exercise in rousing nostalgia, nor a simple love-letter to Oxford. Instead, Dunn skilfully portrays the problems that plague Oxford as well as all its cosy beauty. The three main figures of the book suffer disappointments and tragedies of their own. Dodds, we learn, was asked to leave Oxford over his support for The Easter Rising; Murray keenly felt the pain of rejection in love; and Bowra had as many personal disappointments as professional ones, being denied in his marriage proposal to Elizabeth Harman, and subsequently denied for the role of Regius Professor of Greek.

But the problems of Oxford in the interwar period that Dunn reveals are far greater in reach than just these three men. She includes, in addition, the problem of Oxford’s attitudes towards women – it sometimes feels as though the book yearns for this to be its main theme, but is constrained by its focus on the classical trinity of Dodds, Murray, and Bowra. Vera Brittain and Winifred Holtby make up part of the book’s supporting cast. Touching scenes are set in the ladies’ colleges of the time (Dunn seems to have a particular affinity for Somerville), and due credit is given to the legendary female classicists at these colleges.

The world of women somewhat uncomfortably inhabits an Oxford dominated by men. Although Dodds, Murray, and Bowra were in support of women studying at Oxford, the book gives the impression that their interactions with women were not always comfortable. Bowra’s aforementioned proposal came as a shock to just about everyone (he was gay). On one occasion, when asked why he had chosen such a plain woman, Bowra responded: ‘Buggers can’t be choosers’, and his wit is much of what makes the book come alive.

At the same time, one cannot help feeling that the overall impression of Dunn’s book is slightly misleading. Not Far From Brideshead, it is titled, as if to suggest that interwar Oxford was quite like the Oxford immortalised by Waugh in Brideshead Revisited. By focusing on important characters, Dunn creates the impression that Oxford was a place full of important people, or soon-to-be important people. It is a world where somehow all these important people know each other and are friends. We see a picture of Bowra with Virginia Woolf and end up with the impression that everyone was connected in some enormous Oxford network. At regular intervals, other impressive names appear. One reads of Bowra’s visit to so-and-so, and suddenly Churchill is there too. At other times Tolkein, C.S. Lewis, and Aldous Huxley make guest appearances.

Was Oxford really full to the brim of such characters? Were there so many familiar names and faces? Were there no mediocrities? Yes, there were; there must have been. Indeed, the book begins by quoting a letter from Lady Pansy Lamb to Evelyn Waugh. She describes the Oxford she experienced: ‘Nobody was brilliant, beautiful, rich & owner of a wonderful home though some were one or the other.’ In other words, interwar Oxford gets an overly flattering treatment in Brideshead Revisited. Countless people passed through Oxford whom we have never heard of. Pictures of the time are often flooded with people labelled ‘unidentified’. It would be helpful for this fact to be mentioned once or twice. Oxford wasn’t just Dodds, Murray, Bowra, and all those other famous names that Dunn mentions. It must have felt sheltered, and to many was enjoyable, but was, nevertheless, quite far from Brideshead.

Image description: a grand stately home stands in the background with a fountain spraying water in the foreground.