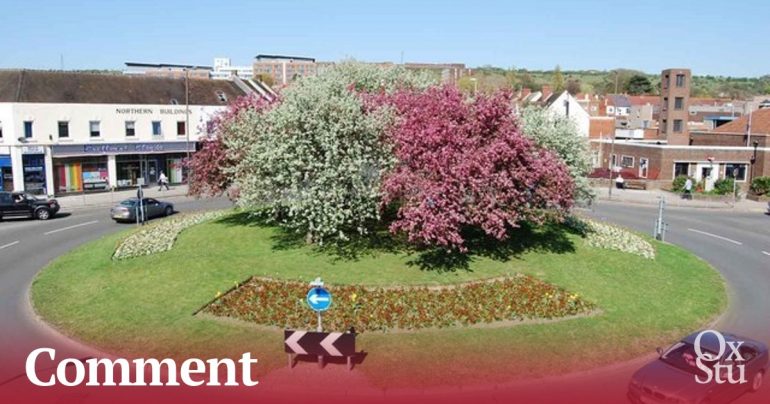 At around 1:30 in the morning on Friday 6th, the results for the Cosham and Wymering Ward were declared inside the Portsmouth Guildhall, which serves a dual-purpose as being the Council Chamber and a music venue. Asghar Shah, local campaigner and organiser of a food bank run from his own home, was duly elected to serve as the Labour Councillor for Cosham and Wymering. This ward, situated in the centre of Portsmouth North (held by the Conservative Penny Mordaunt MP), has been controlled by the Conservatives for over a decade with many elections putting UKIP or another Party in second place in that time. This ward also happens to be where I’ve lived my entire life, where I went to school, where I had my first job and where I first canvassed and voted in an election.

Asghar Shah, local campaigner and organiser of a food bank run from his own home, was duly elected to serve as the Labour Councillor for Cosham and Wymering.

I remember even in 2021, the first time I canvassed, there being a degree of animosity and frustration at the Conservative Councillors in our ward. Repeatedly, we heard people telling us of their inability to contact their Councillors and failing to have their local concerns listened to. That election proved to be fairly successful for us, as we increased our vote share by 6.3% and came within 400 votes of toppling the Conservatives. After this result, Cosham came to be a symbol for the Pompey Labour Party; a key to breaking into a Conservative constituency that had exclusively Conservative Councillors. Residents were becoming more disillusioned with their local governance and it was felt that if we could continue this momentum, then Cosham could potentially turn red.

In 2021 I was also studying for my A-Levels which put a limit to the amount which I could canvass, not to mention I was also working part-time. However, in 2022 much of the campaign occurred while we were on vacation between Hilary and Trinity Terms, affording me much more time to get involved. As it occurred, I mostly canvassed in the Wymering area of my ward, characterised by deprived blocks of council flats with residents who are often sorely forgotten when it comes to elections. I spent hours running up and down the stairs of these flats, delivering leaflets, and eventually knocking doors and talking with residents.

Whilst a few local issues came up such as the council’s decision to demolish the police and fire stations in order to build 800 new flats, I mostly heard from residents about the national issues. Residents were concerned by sudden rises in the prices of their food shops and their energy bills, scared that they would struggle to make ends meet if the Conservatives didn’t do more. They brought up corruption and scandal in the Conservative Parliamentary Group, feeling like the sacrifices they made were futile and like they were being ridiculed by these elitists. Rightly or wrongly, they attributed these issues to the Party which the incumbent Councillors represented. Even though we attempted to divert to mistakes being made at a local level by these people such as their poor attendance records at council meetings, it would be wrong to say that residents ignored the national issues, as they certainly saw this as an opportunity to voice their frustration with the Conservatives generally.

Residents were concerned by sudden rises in the prices of their food shops and their energy bills, scared that they would struggle to make ends meet…

It brought me to tears hearing some of the stories which people told me, stories of desperation and anxiety, and then to hear that these people had also never had a Conservative Candidate knock on their door to listen to these concerns. Many didn’t even receive any leaflets from the Conservatives, possibly because the Candidate recognised that many of these people were too far gone away from the Conservatives to be convinced by a pledge on a leaflet. In contrast, we knocked every door, listened to as many residents as we could, and made the basic promise that we would listen to their concerns and be open to discussions with local residents. Shah’s campaign leaflets all included his mobile number, his email address, and his home address. While this may not sound like much, some or all of these basic pieces of information were missing from the leaflets of the other Parties.

So while the first piece of good news for me was seeing my neighbouring city, Southampton, turn to the Labour Party, the cherry on top of a great night for me was the news that for the first time since I could remember, my ward was being represented by a Labour Councillor. A community man, a volunteer, and a family man whose dedication to his local community was unparalleled, possibly across the entire city. I had a candidate that I was proud to vote for, and am now proud to say is my representative in a now progressively-dominated Portsmouth City Council.