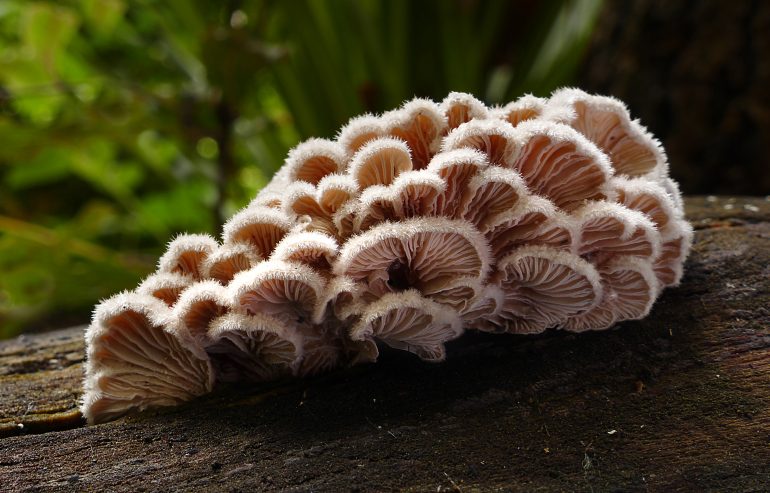 The unspoken languages of nature.

No single organism survives in isolation. Active or passive, friendly or hostile, the information flow exchanging facts about nutrients, threats, preferences, and so on, is omnipresent. While the ability to use languages has been widely construed as a human character, the rest of the living world does talk in their own ways, in sound, electricity, chemicals, etc. Recently, a study highlighting the sophistication of fungal electrical languages again sparked the interest to re-examine the definition and evolutionary meaning of ‘languages’.

Fungal colonies are connected with each other by networks called mycelia. They are knitted by thin filaments called hyphae. Similar to neurons, these structures are electrically excitable. With the highly regulated movements of ions across the cell membrane and the filaments, electrical impulses are conducted and propagated across the mycelia. This information highway enables the communication of food and injury among fungi occupying the same niche, or even between different species, such as fungi and plants. As an example, scientists have discovered that when wood-digesting fungi sense woodblocks, they inform surrounding colonies by increasing the electrical pulse frequency. Such a language is readily quantifiable – by recording the electrical impulses through a small electrode, scientists can analyse their frequencies, intensities and patterns.

Dr. Andrew Adamatzky, the author of the new research, is a computer scientist at the Unconventional Computing Laboratory, the University of the West of England. He is not only interested in how fungi talk, but also in how much complexity they can reach in their electrical languages. He focused on four fungi species, ghost fungi (Omphalotus nidiformis), Enoki fungi (Flammulina velutipes), split gill fungi (Schizophyllum commune), and caterpillar fungi (Cordyceps militaris). Recordings from fungi are subject to a series of computational analyses in an attempt to crack the fungal lexicon and grammar.

The researchers grouped spikes within a defined time frame into fungal words. The average fungal word length appears to be comparable to that of some human languages – between 3 and 5 for fungi, 4.8 for English, and 4.45 for Greek. The total number of fungal words characterised amounts to around 50, all represented by mixing and matching various patterns of electrical spikes. The trophy of “the most complex language” among the four studied species is won by the split-gill mushroom, one of the most common fungi worldwide – you can find them almost wherever there is wood.

Whereas surprising sophistication and resemblance to human languages are found in fungal electrical activities, it seems too large a stride to conclude that such spiking patterns really recapitulate information exchange by language. Though the spike patterns do not seem to be random electrical impulses, do they really represent attempts of communication, or in fact other processes, such as growth or circadian rhythm? Even if it does represent a form of communication, what does the resemblance to human language mean to fungi?

This research caught scientists’ attention not only because it takes a step further in understanding fungi and their possible ‘intelligence’, but also for stressing a more inclusive and less anthropocentric understanding of the concept of language itself. Millions of years ago, the mutations that gave rise to Homo Sapiens from other human species, lie within the FOX2P gene, one closely related to language abilities. Yet what exactly is the biological role of languages? Languages are meaning-making behaviours. They are abstractions of meanings – some most basic ones include danger, food availability, need for mating – based on various types of signals that can be utilised. In a biological sense, human languages are not fundamentally different from those of other species. Aside from the electrical language of fungi, there are the vocal languages of birds, the volatile chemical languages of some plants, and the visual languages of some flowers that display different colours before and after pollination. They are representations of survival-relevant information that can be innate or learned. The only distinctions are that, first, human languages are primarily based on sound (though we also have an elaborated tradition of communicating with drawings, gestures and so on). In addition, we humans are so good at meaning-making as to expand the range of meanings to an unprecedented diversity – from those with direct biological importance to esoteric philosophical jargons.

Some might attribute the uniqueness of human languages to their plasticity, the fact that their usage can be shaped by culture and experience. This claim is now undermined by a range of observations of the appalling flexibility in languages of the natural world. Plants are able to alter their secretion profile of volatile chemicals based on past predator or pathogen attacks to better prepare for similar assaults in the future. The recognition of such languages appears to be more efficient among kins than among strangers, a phenomenon similar to the ‘cultural’ transmission of meaning-making across generations. In the animal kingdom, humpback whale colonies from different locations sing different songs, and would even exchange their songs when they encounter other migrating colonies.

Starting to unveil with the talking fungi, is a whole realm of languages from nature, bearing surprising resemblance to what we speak every day. All living things talk. To decode the mysteries of nature, we need more listeners.

Featured image description: Split-gill mushrooms, the species that speaks the most complicated language among the four fungi tested.