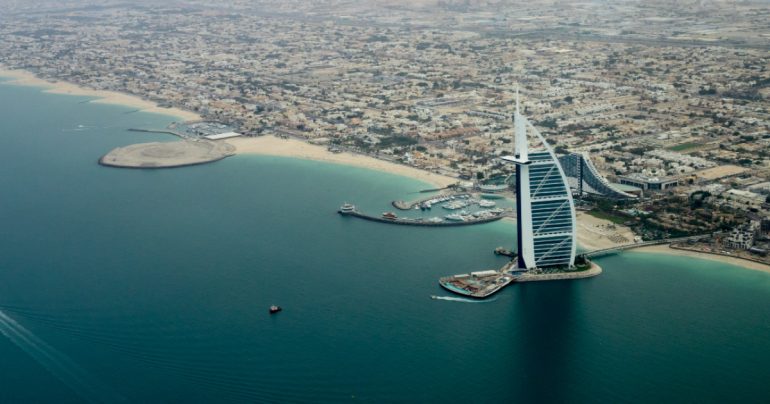 In the lush and bountiful river valleys of the UK, it is difficult to imagine that for many, fresh water is a scarce and valuable resource. The need is only becoming more dire as time goes on, with the climate crisis creating an even greater disparity between rising water demands and dwindling supply. To use a common expression, water is quite literally drying up – leading to huge infrastructural challenges, especially in regions of North Africa and the Middle East. 2018 saw Cape Town, South Africa, facing a water supply crisis, which had been predicted the previous winter. Crises like this one will become more frequent, as rising temperatures make drought more likely. Since then, experts have been counting down to “Day Zero”, when the water supply will run out entirely. Through severe rationing and tightening of (literal and proverbial) leaks in the system, Cape Town was able to push the date into the rainy season, but as sea levels rise and freshwater tables fall, this will prove increasingly challenging in the coming years.

In light of this, engineers are turning to technology to mitigate the worst effects of water scarcity. There is rich irony in the fact that countries such as the United Arab Emirates (UAE) are surrounded by gorgeous seas, with none of the water being safe to drink. Converting saltwater to fresh water is a reasonable solution to this problem in such locations. Desalination technology works by turning salt water into clean drinking water and, as of 2019, is responsible for converting around 95 million cubic metres of water per day. Around 42 percent of the UAE’s water supply is provided by 70 major desalination plants. Fresh water is needed, not only for civil use, but also for agriculture, and is utilised most extensively in highly populated areas with low rainfall.

There are a few different ways to remove salt from water, with thermal desalination and reverse osmosis being the most widely used on industrial scales.

Thermal desalination works by distillation, wherein seawater is heated until it evaporates, leaving the salts behind. The fresh water is then condensed on a cool surface and in this way is separated from the salt. This basic principle is employed in various processes tailored for efficiency. Reverse osmosis relies on chemical separation of the seawater by passing it through a series of membranes which allow water molecules through but not salts. Reverse osmosis is the dominant desalination technology at present, but it is not perfect. It is, however, nearing its maximum efficiency, as engineers have tweaked and improved the process over decades. Researchers are perpetually looking for ways to make the process cheaper, more energy effective, and environmentally sustainable. Moreover, water scarcity is not an issue that affects only highly developed countries like South Africa and the UAE, and therefore, it remains important that the solutions are made as cheap and accessible as possible.

The main challenge in desalination comes from the immense energy cost involved. In the case of countries with low access to seawater, the cost of transporting fresh water from elsewhere may be equal or even lower than the expense of desalination. However, desalination is an effective solution for many countries, and it is here that it is the most important to make the process sustainable. The importance is twofold: it would be tragic that, in efforts to curtail effects of the climate crisis, the energy used worsens it. There will always be a minimum energy required to chemically separate the salt from the water – the goal of researchers is to get the actual energy used as close to this lowest value as possible, and for this energy to come from sustainable sources. This generally means solar power, but mechanical energy from coastal waves and traditional hydroelectric power also contribute. Dubai plans to make all of its desalination plants solar powered by 2030.

Although, as mentioned previously, desalination is used by whole countries to solve large infrastructural supply issues, desalination is also utilised on an individual level. Small-scale, portable desalination devices can be useful for communities isolated from centralised supplies or as aid for refugees in the aftermath of natural disasters.

Researchers have created what appears to be the perfect solution to small-scale desalination needs, using a new technique…

It is possible for desalination to occur directly from solar power with heat from the sun distilling the water. However, this is difficult and time-consuming to do, so scientists at MIT have taken a different approach. Researchers have created what appears to be the perfect solution to small-scale desalination needs, using a new technique which converts salt water into fresh water using electricity.

It is the “culmination of a ten-year journey” for the researchers, who have collaborated on the project, based at MIT, from their respective universities across the US. The senior author of the paper, published in Environmental Science and Technology, is Jongyoon Han. Unlike many portable desalination devices, this unit runs on a process, pioneered by the research group, called Ion Concentration Polarisation (ICP). There are no filters in this technique, so none that would need replacing, greatly increasing the lifetime of the device whilst reducing the demand on resources. Alongside desalination, this device can be used for general water purification, as its technology works on bacteria and viruses as well as it does salt. The principle behind ICP is to apply electricity to membranes on either side of a channel of water, which attract particles, depending on their charge. These particles can then be removed from the channel and siphoned away from the purified water.

The ICP method does face one small challenge: Not all salts in the middle of the channel are removed. The research group utilised a second process, called electrodialysis, to remove the remaining impurities. The completed device is formed of a combination of the two techniques, with the setup optimised using machine learning. Because none of the processes require large amounts of water or energy to be efficient, they could be scaled down to a portable device.

The advantage of this combination over more traditional methods is that, as well as not requiring filters, the water does not need to be pumped at high pressure. The energy used in the device that has been developed is comparable to a mobile phone charger and as such is a perfect candidate for being powered in a sustainable way – such as solar cells.

One thing the research team prioritised, when developing this device, was making it user-friendly. The purification process begins at the push of a button and automatically stops when the salt levels in the water have reached an acceptable value. The quality of fresh water produced from this device exceeds safety standards defined by the World Health Organisation. In addition to this, the team have created a smartphone app that can control the device and give data on the power consumption of the device in real time.

All this being said, the desalination unit is in far from its final iteration. However, the fact that its prototype is already so successful is extremely promising, so the next goal of researchers will be to fine-tune it. The research team hopes to improve its water production rate (currently at 0.3 litres per hour) and energy efficiency. They plan to do this by commercialising the technology via a startup, which should fund any future improvements to the unit.