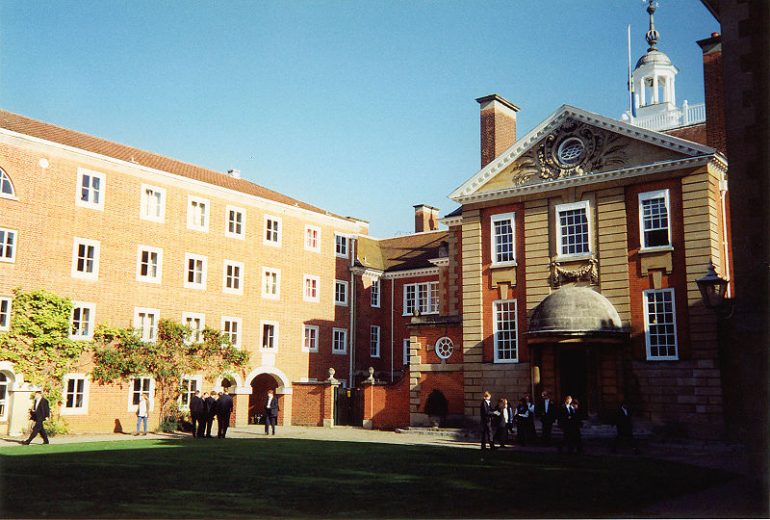 LMH pledge to end use of NDAs

Following a Times article published in April exposing Lady Margaret Hall for badly mishandling cases of sexual harassment, the college has pledged to never use non-disclosure agreements (NDAs) again. The report, which described LMH as threatening an undergraduate with expulsion if she spoke out about the alleged assault she experienced and her subsequent experience of dealing with college while reporting it, sparked outrage.

The undergraduate, who went on to take legal action against the college, bringing forward a case including discrimination, negligence, breach of contract and harassment, had signed a confidentiality agreement under former principal Alan Rusbridger. The case, though disputed by the college under Rusbridger, was settled under his successor Prof Christine Gerrard, who also confirmed the college’s decision to sign the pledge.

Gerrard stated that she hoped the move would demonstrate “commitment to tackling sexual violence and misconduct, and increase the confidence of our students in the help and support that is available to them”. The pledge, the result of collaboration between the Department of Education and the Can’t Buy My Silence campaign, was introduced to the college by student pressure group It Happens Here. Ffion Samuels, LGBTQ+ representative for It Happens Here, who has been active in representing students giving testimonies to the college, brought up the pledge to Gerrard, alongside Dr Anne Childs and Dr Fiona Spensley. They suggested that there was generally a positive response to the pledge, which was later ratified by unanimous vote; “I’ve had several meetings with Christine and other senior staff members at LMH about their SA procedures and as IHH we originally suggested that LMH sign the pledge. We’re also working with Can’t Buy my Silence and they’ve been a great help to Christine.”

Samuels suggested that this was encouraging, but the group were looking to encourage similar steps elsewhere. All other heads of college were approached on Monday by Layla Moran and IHH to ask them to sign the pledge. Before this, IHH contacted a large group of JCR, MCR and GCR  presidents requesting that they pass a motion mandating their principal/master to sign the pledge. Samuels stressed the importance of this motion passing particularly because of the nature of NDAs. They emphasised the fact that NDAs were often difficult to spot for students signing them, who could agree to them without realising what they were signing and without proper legal advice. The motion would require colleges to mandate the pledge to stop using NDAs for cases of sexual harassment, bullying and other misconduct: “This practice is unnecessary and immoral. Victims often seek and deserve confidentiality, but they should not be permanently prevented from speaking about their experiences or forced to agree to protect the offender in exchange for their own privacy. The use of NDAs allows perpetrators to continue to harm others, either at their own university or another one. It also chills the climate for anyone who might wish to bring forward a complaint, knowing that they will face a demand that they sign on to an NDA at some stage of the process.”

NDAs were often difficult to spot for students signing them, who could agree to them without realising what they were signing and without proper legal advice.

Samuels believes there had been some positive responses to the request – the motion has already been passed in Balliol and Queens, and contact has been made by the presidents of Keble, Univ, and St Hugh’s, while the Magdalen JCR president has promised to raise the issue in a 5th week meeting – though IHH were looking for more specific responses and responses from other colleges looking forward, and condemned colleges not genuinely engaging with the motion to ensure the protection of their students.

JCR president of LMH Lewis Boyd welcomed this move, as part of ongoing efforts to address the issue. He suggested that the LMH community had been shaken, stating that “for some time the JCR has been incredibly unhappy with college, because lots of members know somebody that has been affected by the college’s poor policy in the past”. He said that the NDA pledge was part of a larger restructuring of procedure, with significant change required in order to root out the causes of the misconduct and start to build trust again. Boyd suggested that other changes were being pushed forward by the JCR to meet this end – plans have now been put in place for a replacement of the old head of welfare with a new, properly-trained role dedicated to student wellbeing, alongside a total rewrite of procedures for non-academic misconduct. Another change was the suggestion to host termly ‘town halls’ for the college, as a space for people to “air their grievances more easily,” and “ensure accountability”, while the JCR are also working with college’s working party to create a form of anonymous reporting system. These changes, alongside the significant work undertaken by It Happens Here in ensuring the passing of the NDA pledge, led Boyd to hope for a shift in culture: “The ultimate aim has to be an improvement in the culture”. That’s something which takes time but something that can be fostered. I think college still has some way to go before it is trusted again with the welfare of students, but the introduction of a new head of wellbeing, for example, is a promising sign of things to come.”

“The ultimate aim has to be an improvement in the culture”.

Looking to the future, the hope seems to be that the signing of the pledge is the start of a complete reshaping of procedure and culture. Higher education minister Michelle Donelan welcomed LMH’s commitment, suggesting it “must be the first step in rebuilding trust with staff and students” and that “Now is the time for other Oxbridge colleges to stop dragging their feet and pledge to never buy victims’ silence”. LMH will be the first Oxbridge college to sign the pledge, and the 48th institution in England and Wales to make such a commitment, while IHH continues to place pressure on other colleges to follow suit.

Image Description: the LMH quad lit by the sun, filled with students dressed in sub fusc