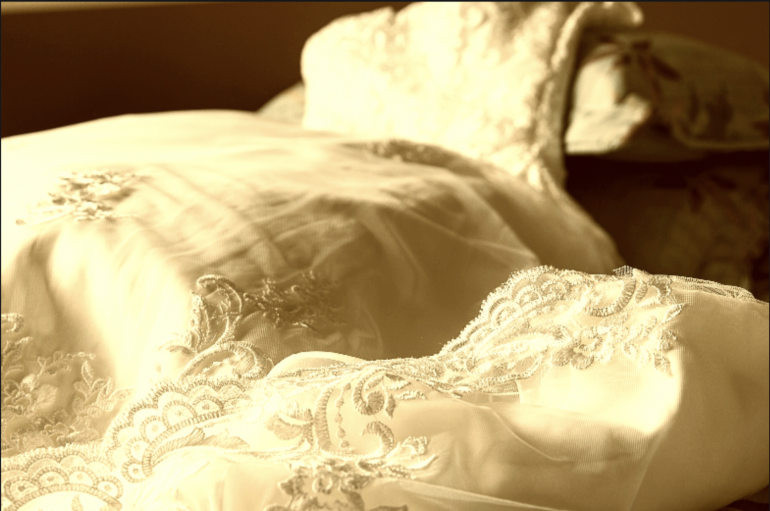 The Gilded Age back to page

The HBO TV series The Gilded Age has recently announced the launching of a second season, after the first nine episodes this January. Despite – or because of – rather mixed reviews, the series has cast sufficient influence in the fashion world as to set the theme for Met Gala this year. As someone who has been introduced to Fifth Avenue in the late nineteenth century under the pen of Edith Wharton, I would like to encourage a return to her novels before another season of Julian Fellowes’ reimagination of this era, even though reading might be the last thing one would do in the Gilded Age.

The series traces the young and recently bereaved Marian Brook’s (Louisa Jacobson) new life in New York, residing at her wealthy aunt Agnes van Rhijn’s (Christine Baranski) mansion on Fifth Avenue. While she belongs to “Old New York” by birth right and is both financially and socially supported by her aunt, other characters must strive harder for a footing in this strictly coded and discriminative society. Marian’s admirer and her late father’s lawyer, Tom Raikes (Thomas Cocquerel), leaves the Pennsylvanian countryside in her wake, and successfully charms his way into the wealthy circle. Her friend Peggy Scott (Denée Benton) starts her secretary/journalist career, overcoming various forms of racism targeted at her black ethnicity. Meanwhile, George and Bertha Russell (Morgan Spector and Carrie Coon) are an ambitious couple of the “new rich” who are eager to obtain recognition in New York high society with their colossal fortune made from the prospering railway industry.

The Gilded Age has showcased the intricate question of balance between historical accuracy and artistic creativity, a persistent challenge to any period drama. I hope to construct a less biased picture of this period and evaluate the merits and shortfalls of The Gilded Age by comparing a few themes in the TV series and in Wharton’s writing. Nevertheless, Edith Wharton, a rich and privileged member of New York high society, does not always give an unbiased illustration of her time, as the first theme of racial discrimination and class division will show.

It is a laudable attempt to represent the rich black families in New York through the character of Peggy Scott and her parents. When reading Edith Wharton, there is no need to watch out for any derogatory remark towards the black population in the city, because they are hardly ever mentioned at all. The series has not only finally given a voice to the long-silenced black community that writers like Edith Wharton have completely ignored, but also portrayed an actively engaged young woman who seeks to find her own voice and speak out to the world as a journalist. However, the challenges she faced would have been much more difficult than being turned down by a hansom or having to live with prejudiced servants – it is extremely unlikely that someone at the social position of Aunt Agnes van Rhijn who abhors any transgression of her rigid code of conduct would hire Peggy as secretary in the first place.

One can find, however, the presence of anti-Semitism in Edith Wharton’s writing. In her novel The House of Mirth, a new Jewish millionaire of Wall Street is both insulted by other characters and portrayed by the narrator with disturbing language, yet he also turns out to be more humane than many others in this exclusive tribe of the rich. The Gilded Age seems yet to explicitly tackle this hostile mechanism of combining anti-Semitism with social hierarchy or attempted to revert the prejudice in contemporary discourse.

The series has accurately captured the tension between old money and new money.

The series has accurately captured the tension between old money and new money – a reader of The Age of Innocence must have tacitly smiled at the project of building a new opera house mentioned in passing, a real event with which Edith Wharton starts her novel. What could better summarise this society than the opera house? An enclosed space with no extra boxes left for newcomers, where people gather to spy and gossip on each other rather than to watch the performance, and where art only serves as the golden veneer of society to dress up its wealthy members’ frivolity. Such are exactly the difficulties lying in the Russells’ way: their money cannot quite buy over social prestige from the jealous and threatened Old New Yorkers. The most interesting aspect of George and Bertha Russell is their collaboration across the male sphere of work and the female sphere of house. Unlike Wharton’s representation of George and Bertha Dorset’s cold division in The House of Mirth (the names certainly invite a comparison), Bertha Russell invites George’s business contact to dinner, while George coerces people into attending his wife’s ball. Equally money-driven and ambitious, they turn out to be, ironically, a more fitting pair than many other arranged marriages in high society.

The Gilded Age suggests by its name glamour on the outside only; the age of innocence as per Edith Wharton is about young girls’ synthetic ignorance – they were taught to seem pure and innocent and adhere to social codes (supposedly what men expected of a wife). The central figure of Marian Brook in the series definitely seems innocent, but not quite in Wharton’s way: unlike May Welland in The Age of Innocence, Marian is at first ignorant of social codes. She is more tailored to appease modern audience’s supposed taste: innocent but righteous, pretty and blond but also kind inside, rich (presuming that she shall inherit from her aunt) but charitable. As a newcomer who disregards the conventions of society, Marian is too innocent even by Wharton’s standards. Again, the series effaces the difficulty for social change from within an extremely privileged group of social elites, whose names are recorded in Mrs Astor’s Four Hundred.

In Edith Wharton’s writing, this New York high society is anything but straightforward. Incessant gossip and injurious innuendoes are a recurring theme; social ostracism is accomplished by a few sharp but nevertheless decorous remarks; and newcomers are put off by their ignorance of various etiquettes and conventions. It is therefore disappointing that the characters in The Gilded Age speak to each other in overly plain language. They are all New Yorkers and in New York everything is possible. They are all extremely rich, but money isn’t everything. Even though refined literary taste was not the trend of the age, characters could have spoken fewer clichés. The show underestimates the difficulty of penetrating such invisible conventions and intricacy in language and manners – like the Russells, the series still has a long way to climb up the ladder towards New York high society as it was.

Or else we are living in another gilded age, where conspicuousness passes for distinction.

The Gilded Age is facing the danger of a wilful modern interpretation. The audience is invited to enjoy the lavishly decorated mansions and extravagant dresses. The guilt of frivolity is veiled by an interest in contemporary architecture or fashion, and the righteous progressiveness of so many characters. Yet such portrayals risk trivialising real and corrosive problems in American society at the time. Of course, we wish that a young black woman could be welcomed by high society, or that many of the rich were open to new ideas like Marian Brook. But rigid rules were not so easy to break. It is precisely because we, as modern audience, uphold liberal values that they should not be used as a pretext to aestheticise the uncomfortable parts of history or an excuse for fantasising about luxury. Or else we are living in another gilded age, where conspicuousness passes for distinction. Edith Wharton wrote about her time; reading Edith Wharton gives insight into our own time. Through her luxurious language, she depicts the true degree of difficulty to break away from social norms, to escape the golden cage. In any case, the very act of reading would have beaten most of the members in New York high society.