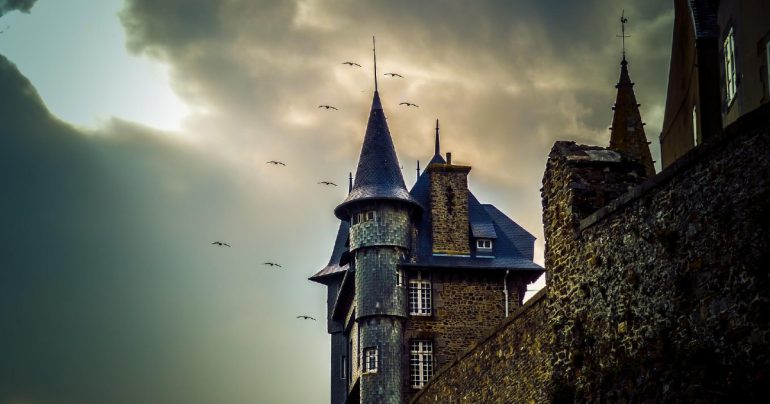 Working on my dissertation nonstop certainly makes me feel undead, so it was a relief to take a night off in the middle of the week to see my first show at the Michael Pilch Studio: a modern version of Dracula, which follows a group of novice vampire hunters and their encounter with the infamous Transylvanian. The small studio theatre was the perfect space for this show: an intimate setting where the audience could consider the psychology of the characters. Writer and director Leah O’Grady presented a new, feminist take on Bram Stoker’s classic novel of mystery and murder, replacing the notorious count with a countess.

This production featured a talented cast, simple yet effective production design, and profound themes focusing on the struggles of women. However, it was sometimes difficult to keep up with the plot and it took a long time for the audience to understand what point the show is trying to make. Why retell Dracula? Why place it in a modern setting? Why have a countess instead of a count? O’Grady used the basic story of Dracula as a setting to discuss the oppression and invisibility of women. The main characters include Lucy, a painter lacking financial resources whose only opportunity for advancement appears to be choosing between the three men she is involved with. Additionally, Lucy’s best friend Mina, despite being educated and self-sufficient, is still secondary to her fiancé Johnathan.

A few specific scenes stood out in highlighting this central theme; one such instance is when Dr. John “Jack” Seward (one of Lucy’s boyfriends), an otherwise mild and polite character, viciously berates asylum patient Renfield that she cannot be trusted with her own safety. Another is when Arthur (another of Lucy’s boyfriends) and Jonathan argue about preventing Mina from turning into a vampire, the former accusing the latter that he did not care when it happened to Lucy. The women have no voice in this discussion of their own fates, as Lucy is dead at this point and Mina sits by in silence. Countess Dracula represents the freedom that the other women in the show yearn for while voicing the uncomfortable truths that they want to ignore. She is alluring, confrontational, and does not bend to what the men want. 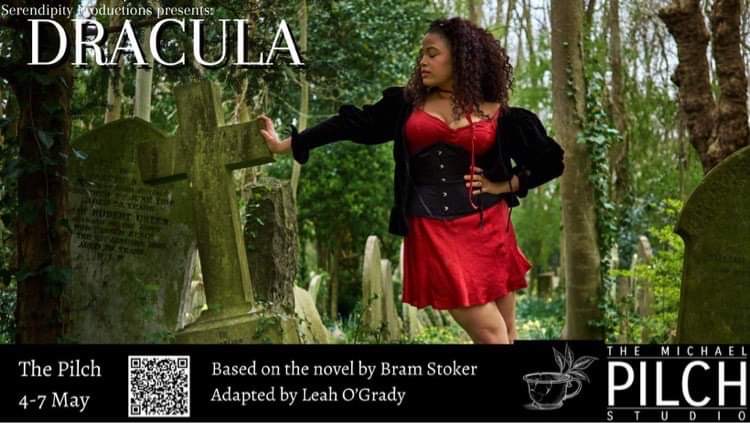 O’Grady engaged in a discourse with the original plot of Dracula in her script, but also made some specific changes which serve the play well. The book is based on themes of mystery and monstrosity, but also comradery. The central group of characters become close friends, and after Quincy (Lucy’s third boyfriend) is killed in the final confrontation, Johnathan and Mina name their son for him. The show, on the other hand, did not end with a sense of found family but of lost womanhood. The men kill Dracula (Quincy survives), and they almost immediately move on with their lives and head to a pub, leaving Mina to ponder the truth behind Lucy and the countess’s deaths.

However, while the script was interesting and featured some powerful moments, it is not until well into the second act that the meaning of it all became clear. In the first act I could tell that the show was trying to make some point or other about feminism, but it wasn’t entirely clear what it was. The show was also a little choppy and moved quickly from scene to scene, making it hard to discern exactly what is happening and how at times. For example, the scene of Van Helsing killing Lucy arrives very quickly and it’s not clear how they found her; it’s as if she was just sitting around waiting to be killed.

The actors playing the male characters had to fight to be remembered, and for the most part, were successful. Bailey Finch-Robson excelled as the eccentric Dr. Abraham Van Helsing; while in the first act I found him unnecessarily flamboyant, in the second act his character started to resonate more with the plot and the cast. Finch-Robson delivered a dramatic monologue, full of the classic Dracula aesthetic of horror and mystery, demanding the other characters to believe what they cannot (the existence of the undead). Lucy’s trio of suitors—played by Sam Burles, Alex Foster, and Ollie Tanner—were all excellent in their performances and brought some moments of comic relief to an otherwise dark production. Although serviceable, Sam King was the most forgettable of the group as Jonathan.

However, I say that these actors had to fight because this show was written for its female characters. Macy Stasiak was remarkable as Lucy, bringing energy and life to the character in some scenes, but easily switched over to melancholy and resentful, especially when she becomes sick during her transformation into a vampire. Clara Wade was also brilliant as Renfield, Dr. Seward’s patient who knows more than she initially appears to. Gillian Konko was commendable as Mina, but ultimately her most memorable moments were her interactions with Lucy, Renfield, or Countess Dracula, the final of which was this show’s true star.

…a flawed yet striking and memorable performance.

Gracie Oddie-Jones brought to life an enthralling vampire countess, who ultimately tied everything else in the show together. When Dracula is present, she dominates the whole scene; the script was likely written with this intention and Oddie-Jones was the perfect actress to pull it off. She spoke and moved slowly yet confidently, as if everything else in the world must wait for her. I wished she’d had more scenes, but most of the show focuses on the other characters (although I suppose this is Stoker’s fault). However, the production crew used some creative silhouette lighting to remind the audience of Dracula’s presence, even when she is not onstage.

Adapting the plot of Dracula to the stage couldn’t have been easy; however, it may have been more effective to simplify the storyline and cut out some of the action so the audience could focus more on the meaning of the show rather than trying to track the characters’ plan. However, this was an engaging production, mixing elements of the book with modern twists and making clever use of a simple space. A Dracula retelling is an ambitious undertaking, and Serendipity Productions’ cast and crew delivered a flawed yet striking and memorable performance.