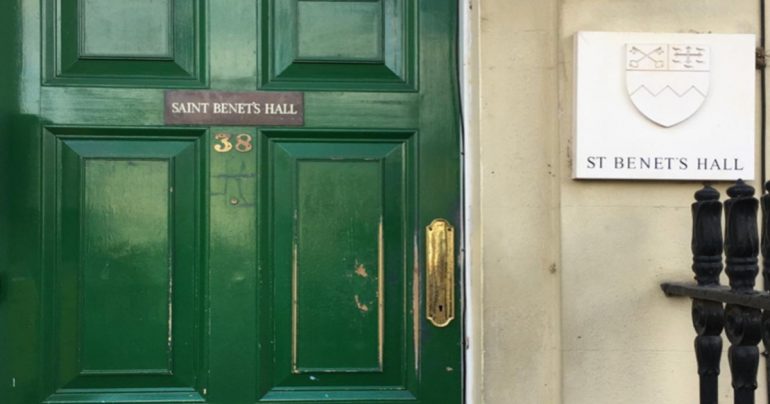 An official statement from St Benet’s Hall has announced that the University Council will not renew its licence as a Permanent Private Hall (PPH) – addressing the possibility of ceasing operations altogether by the end of this academic year.

The Hall has made this announcement in an email circulated via its official mailing list, signed by the college Master, Professor Richard Cooper, and the Pro-Vice Chancellor for Education, Professor Martin Williams.

The email, dated 16 May 2022, informs that discussions which have taken place at the recent University Council meeting on Monday, 9 May, have confirmed the suspension of new student intakes for the upcoming 2022-2023 academic year.

The likelihood of students being re-located to different colleges throughout the university has also been addressed, and arrangements are now underway in assuring the continued education of its current students.

“Education will continue as normal at St Benet’s until the end of the current academic year, and we are making arrangements for students continuing at the Hall from the next academic year…  We hope that the Hall will continue to operate for as long as possible, in the interests of students. However, as and when this is no longer the case, arrangements will be put in place to ensure all current students can complete their studies at another college or hall. Should this be necessary, you will be fully consulted,” the statement declared.

Ongoing financial difficulties have constantly put a strain on the Hall’s ability to sustain itself, resulting in the Council having “decided to not grant a long-term licence to St Benet’s Hall to continue to operate as a Permanent Private hall when the current licence ends.”

Further, the statement continues, “In light of these developments, Ampleforth Abbey Trust, which owns St Benet’s buildings, has taken the decision to put the Hall’s two properties on the market.”

Ampleforth Abbey Trust, a charity affiliated with the British-run Benedictine monastery, are currently the main guarantors of the Hall. The recent failure of St Benet’s Hall to renew its licence as a PPH at the University of Oxford, cannot hence ensure the sustenance of its Oxford-run education, offices, or accommodation facilities.

In response to the announcement, the Joint Common Room (JCR) at St Benet’s Hall has called for an Extraordinary JCR meeting to discuss the issue further. The current JCR President, Julian Danker, says that “the JCR is as surprised as anyone else to hear about this latest development. This is sad news to everyone who knows Benet’s as a lovely and unique place in Oxford. We are working as hard as we can together with the Hall and the University to ensure that students’ experience is disrupted as little as possible”.

Dominic Enright, former St Benet’s Hall JCR President, and a current member of our Senior Editorial team, says that, “Benet’s is the most unique institution at this prestigious university. To know there is a high possibility of it not having a long term future is difficult.”

Dominic continues, “while I know that my fellow students and I will find it hard, I wanted to make special mention to the staff – both academic and non-academic, who have been at this institution for decades, and for whom this announcement will be all the harder to hear.”

Students are reassured that the PPH is determined to ensure that the quality of academic teaching and welfare will remain consistent within university standards, despite the ongoing uncertainty, and that the Hall is still willing to offer as much support wherever they can.

Members of the college are urged to get in touch with the Senior Tutor and Deputy Academic Registrar if further queries or concerns arise.