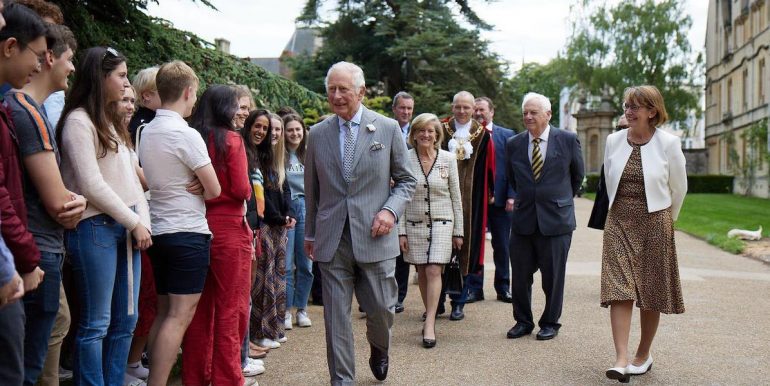 Prince Charles visited Oxford on Friday to open Trinity college’s new Levine Building, costing £30 million, on behalf of Her Majesty the Queen.  The Levine building is Trinity college’s first major upgrade in more than 50 years and includes a new state-of-the-art auditorium for lectures and performances.  It has purpose-built teaching rooms, student bedrooms, a function room, and an informal study area with a café.

Trinity College which was founded in 1555, has a financial endowment of £164 million, and is the 11th richest Oxford college. Despite its large physical size, the college is relatively small in terms of student numbers at approximately 400, making it the 9th richest for assets per student.

Prince Charles arrived through Trinity College’s Broad Street gates in style in a blue electric Audi. The Prince of Wales apologised for being 40 minutes late after being caught in heavy traffic on the M4 and M40.

He joked “I’ve now done a comprehensive tour of Reading and Pangbourne. I feel awful that you were left waiting outside for me to arrive” 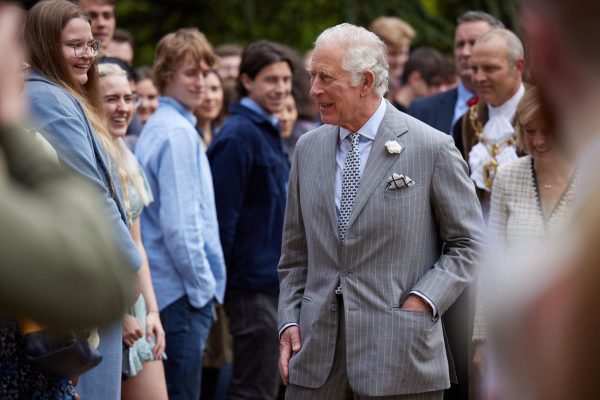 Prince Charles called the new building a “building worthy of this historic site”. He was speaking at a ceremony attended by members of the college’s governing body, students, and staff, as well as college President Dame Hilary Boulding, and Oxford University Chancellor Lord Patten. 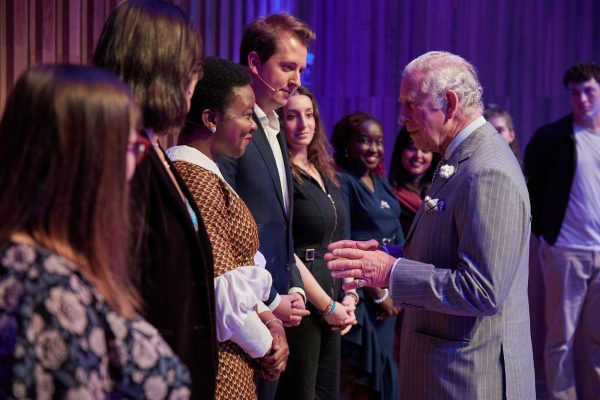 Prince Charles told those in attendance “I can only congratulate you all on the vital work you do and the generosity of spirit that underpins it.

“And ladies and gentlemen, that same generosity has clearly infused the development of this building.

“So many former students contributed to the fundraising campaign, no doubt because of their own memorable and life-changing experiences here and the desire to make that possible for others.”

Dame Hilary Boulding said it was a “huge privilege” to have the prince open the new development.

She called it a “wonderful building which will transform what we can offer our students and academics”, as well as Oxfordshire school students and the wider Oxford community”. 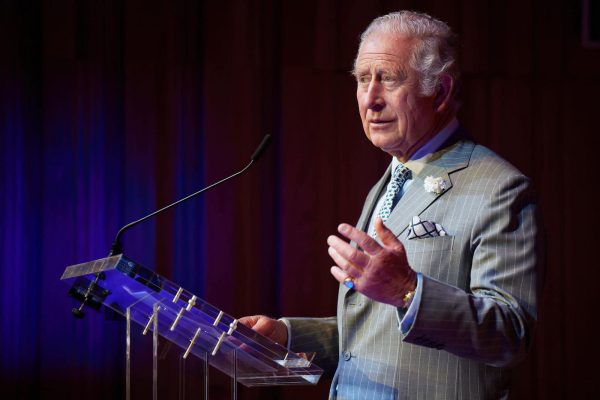 The building is named in remembrance of the parents of Peter Levine. The former student, who donated to the project, also met the prince during his visit.

Prince Charles made an unexpected Covid comment while opening the new building, mentioning the university’s “vital” role in creating the covid vaccine. The future King praised “the benefits that Oxford can bring in a local national and global scale”. “The impact of this work was never more apparent, I think than during the past two years when Oxford’s scientists produced a vaccine to combat covid in an extraordinary race against the clock,” he said. “The work of your academics, as we have seen, is making a real difference in people’s lives” he continued.

“I can only congratulate you all on the vital work you do and the generosity of spirit that underpins it.”

After visiting Trinity College, he travelled south to University College where he was greeted by Baroness Valerie Amos, the first black head of an Oxford College. Here, he met with student committee members of underrepresented backgrounds. These included students who were either recipients of the Amos Bursary, to support talents of African and Caribbean heritage, or from Opportunity Oxford, a programme to support Oxford University offer holders. In the presence of both His Royal Highness and the Baroness, students recounted their journey to the university.

After the discussion, a picture was taken with the panel and the Prince left via the now less busy M40.

Prince Charles’s visit comes at a time just as he’s taking over more responsibilities from his mother, the 96-year-old monarch. Charles only a couple of days before his visit to Oxford, performed for the first time, the sacred state opening of Parliament. However, the Queen attended the Royal Windsor Horse Show as part of her Jubilee celebrations at the weekend in her first public appearance since March.

Image credits: the Household of TRH Prince of Wales and Duchess of Cornwall.