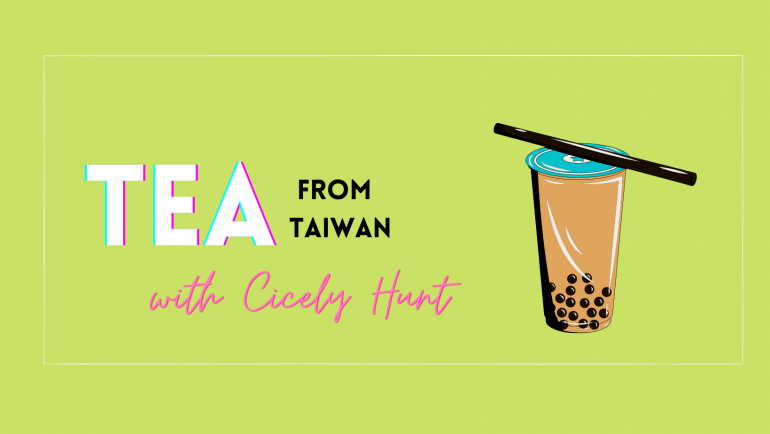 Hello again, cherished reader. I am currently sitting in a cat café doing that café productivity thing with a cup of cold raspberry and lime tea at my side. As I write this, there is a ginger and white cat perched on the counter, sticking its tail and nose in peoples’ drinks at regular intervals, just as is every cat’s right. I don’t have enough time or words in this column to write a manifesto on it, but, petition to start making cat cafes more of a thing in the UK please. There’s not much to say about it, other than just how fun and cute it is, and Taiwan definitely has the right idea.

Last Friday morning my friends and I drove six hours south to the Alishan mountain range accompanied by the dulcet ballads of One Direction and ‘Sailing and Whaling Songs of the 19th Century’ (guess which was my choice). We traversed precarious mountain paths, tunnels built into the mountain, and buttock-clenching bridges until we were several thousand metres above sea level. It was some of the most spectacular scenery I have seen in my life. Our dinner was a superb spread atop a lazy susan of sizzling deer (sorry Bambi) and mountain trout (still a bit confused about this one because we were well above sea level so they must have had to carry it up a good way). Having returned to our forest adjacent hotel rooms I lulled everyone to an early sleep by recounting in painstaking detail exactly all of the delicacies I had eaten that day (a lot, by the way, but I’ve already spoken enough about it so won’t burden my fans with it) and sharing scary ghost stories about the teacher at my secondary school who had an affair with a student (Daily Mail article linked below). This wasn’t much appreciated by my dear friends, given that our wake-up call was at 3:20am.

Despite our early rise, we managed to trudge to the station to get the 4:20am sunrise train up the mountain. Twenty minutes and a few kilometres later, we arrived at our destination. One thing I’ve noticed about Taiwan is that it does a spectacular job with viewing platforms at scenic points. There were three dotted around the paths in order to accommodate the queues of those hankering for a good sunrise. I confess I’m very much not a morning person, least of all when it’s as early as 3:20am, but the sleep sacrifice was well worth it. We were lucky enough to witness the fabled ‘sea of clouds’ in all its glory. As the sun rose above the mountains, all feelings of sleepiness were quickly forgotten as we surveyed a scene reminiscent of the David Attenborough Cinematic Universe. The peaceful silence was promptly interrupted by a tour guide who had brought up a megaphone to give us a very necessary introduction to the scenery around us. Satiated by the sunrise, we walked back down the mountain’s sunlit forests to our hotel and drove back up to Taipei that day. 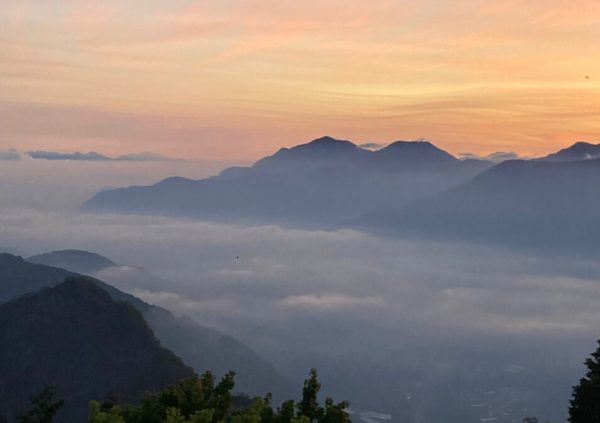 This past weekend in Taipei brought with it a boat party on the Danshui river, which seemed like a perfect idea until we realised it was also a costume party and that two of our group get bad motion sickness, which isn’t ideal when you’re on a moving boat for four hours straight consuming alcohol. However, in typical Cici style, I simply donned a Powerpuff girl outfit which I already owned and called it a Major Fashion Moment (MFM). Safe to say literally no one was quaking, except those whose stomachs were reacting to the motion of the boat.

I simply donned a Powerpuff girl outfit which I already owned and called it a Major Fashion Moment (MFM).

The social scene in Taiwan seems much more varied than that which I’m used to in the UK. Besides clubbing, karaoke and the aforementioned boat party, I’ve also attended a couple of parties hosted in motel rooms which have entire swimming pools inside them. Whilst not completely living up to the sleazy reputation that I had previously associated with American motels, I have borne witness to rather indelicate behaviours perhaps not worth going into for the sake of my relatives that will inevitably read this, and of course, my own journalistic integrity.

That seems like a good and mysterious note to end on. Farewell, dear fans. Cicely xx