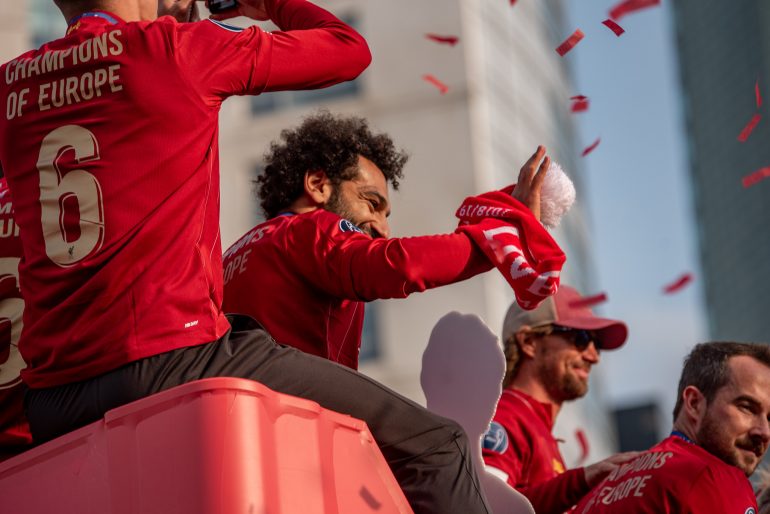 Fuelled on Faith; Ramadan and Sport

On the ninth month of the Islamic calendar, every year, Muslims across the globe observe Ramadan. So it should come as no surprise that such a widespread practice affects sport. Athletes of all sorts take part in this month of fasting, prayer, reflection and community. It is a holistic month where of course one must abstain from food and water for nearly 16 hours in a day, but it also encourages Muslims to refrain from bad habits. As my good friend Musa Ali outlined to me ‘it is said that during Ramadan the devil is locked up, so what happens is authentically us’. He importantly highlighted that this is not a monolithic experience, adding ‘there are different threshold[s] for different people’. He notes a key role in shaping this spectrum of experiences is that we all have ‘lives, jobs and degrees to do during Ramadan’ which obviously cannot be neglected. This is what makes the continued effort of Muslim athletes during this period remarkable – their ability to balance faith and performance.

Ramadan does not impact a mere minority of athletes. The website ‘Planet Football’ was able to produce a starting XI of footballers observing ramadan which could have easily won the Champions League. Yet football and Islam’s relationship is not limited to globally acclaimed muslim players like Benzema, Salah, Mane or Pogba. Fuelled by the internationalisation of the sport, there are nearly 70 muslim players in the premier league alone with hundreds more found throughout the great teams of history. Indeed, muslim athletes are littered throughout the lists of greats of most global sports – Kyrie Irving, Kareem Abdul-Jabaar and Hakeem Olajuwon in the NBA, Khabib in the UFC or Ameer Abdullah in the NFL. Muslim athletes observing ramadan can be found in almost any global sport, not just those typically found in Islamic nations- like cricket. Thus, the lack of attention paid to these great competitors and the role their faith plays in their sporting conquests is remarkable. Indeed, when I explained my intention to write this article both of the Muslim friends who I consulted – Musa Ali and Hudaa Bax- noted their surprise that it was a topic I was giving any weight to. Despite the ever-increasing number of Muslim players, who must observe Ramadan during their season(s),it remains a notable blind spot in discussions by both sports media and fans. This even more egregious in the case of football given the next world cup is being held, for the first time, in an Islamic nation – Qatar.

This is not to say that sporting seasons must be paused to allow Muslim athletes to observe Ramadan! Quite the contrary. Many Muslim athletes often cite the enhanced sense of faith Ramadan gives them in explaining their sporting achievements. Hakeem Olajuwon underscored in an interview on the youtube channel ‘Hoop Genius’ that during Ramadan he felt more energy, noting his ‘stomach feels light, more explosive’. Olajuwon acts as a remarkable symbol of the incredible ability Muslim athletes have found in balancing their faith and career winning February 1995 player of the month, fasting during all 15 games. Hakeem’s success, much of which he credits to the fasting itself, highlights the willpower that Ramadan seeks to develop. This is a great sporting achievement. Just as it should be recognised for any Muslim athlete able to maintain their level of performance while observing Ramadan. Though, some Muslims perhaps do not see it the same way. Olajuwon himself, from of the onset of the same interview,  details how Ramadan to him is ‘one of those uncompromising positions’ for any Muslim. He does not see it as a choice, and for him, that in of itself fosters the mental and spiritual benefits of the month. Similarly my friend Musa Ali illustrated how Ramadan brings about a ‘special gear’ that people click into while ‘competing or doing exams, for example, like [he] did for his GSCE and A-levels’. He underscores that ‘Ramadan is sort testament to the fact that we believe God is only going to add blessings and goodness into the stuff that we do while we are fasting’. He asserts that while Muslims aren’t eating ‘that doesn’t mean we are simply going to complete stuff’, they are going to compete. They are not just there to participate.

Nonetheless – not being able to eat or drink for days inevitably takes a toll. In the same discussion Musa noted that even though he has been fasting since he was around 12 even at an amateur level he usually has to take the occasional day off during Cricket season. Khabib Nurmagomedov notably missed fights during Ramadan, but for a different reason. He was known to refuse fights and training camps during ramadan due to his desire for time to worship. Of course, not all Muslim athletes who have fight offers, or matches in Ramadan refuse them, however, there are obvious elements of the month that might bring them to avoid so.

Hakeem, Khabib and Musa all serve to illustrate the need for greater discussion of Ramadan in sport. Not only do the achievements of Muslim athletes during the month deserve greater recognition, but more discourse of their everyday will also allow for structural adjustments to better facilitate these athletes. Of course, this is not a new revelation, and the premier league, surprisingly, have been leading the way. This year Crystal Palace’s head of sports medicine Dr Zaf Iqbal praised the improved awareness and actions taken by the Premier League, its clubs and referees’ to assist players who are observing Ramadan. ‘There certainly has been a lot more awareness’, Dr Iqbal, who has worked in the Premier League since 2007, told the PA news agency. Only Last season, Dr Iqbal was responsible for what is believed to be the first Premier League game paused mid-match so players could break their fast for Ramadan. This trend has continued into this season as seen when Leicester hosted Crystal Palace on April 2. Referee Graham Scott allowed a brief halting of procedures so Wesley Fofana and Cheikhou Kouyate could have Iftar, the evening meal that sees Muslims end their daily fast at sunset. Moreover, comments made by managers such as Brendan Rodgers and Thomas Tuchel, in post-match press conferences, where they praised their Muslim players’ ability to perform while fasting, has continued to raise awareness. Indeed, Tuchel’s comments themselves were the very inspiration for this piece. Nonetheless, as Khabib and Hakeem’s experiences expose – there is still much more to be done. Muslim athletes should not risk their and their family’s wellbeing due to a lack of awareness of their faith by their sport’s governing bodies. A greater awareness of Muslim players and Ramadan – which is, as we’ve seen, not a minority experience- is needed. Not only for the foremost reasoning of livelihood but also for the sake of our punditry and fandom. Enhanced knowledge of player’s everyday gives us more honest and thereby more rewarding analysis and fandom. In addition, and more abstractly, inherently a greater popular awareness of other groups everyday rewards society. It’s not extreme. It’s not overwhelming change. It’s just a call to talk.