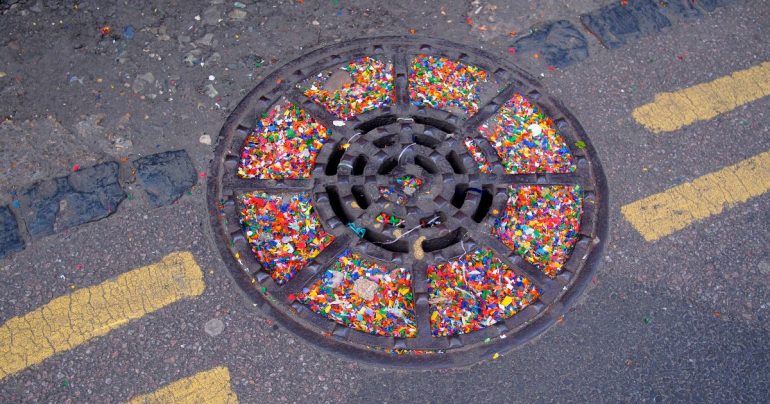 Does trashing belong in the bin?

Oxford is full of strange and eccentric traditions, and while many of them may be verging towards being pretentious or simply bizarre, these traditions are arguably one of the things that give the University and its community its character. As a result, the majority of Oxford students are somewhat attached to these traditions (however begrudgingly they might admit it), particularly when it comes to making exams slightly less monotonous. One only has to look at the 2015 vote on whether to keep the tradition of wearing sub fusc for exams. Although this tradition may seem uncomfortable, impractical, and wholly unnecessary, the vote resulted in 75.8% of students showing their support for its continuation. Although the tradition was criticised as being elitist and archaic, many argued that it was instead egalitarian, putting people from all backgrounds on the same level. It also can’t be denied that many students enjoy being able to have the fun of feeling fancy to cheer them up on an otherwise dreaded day.

Trashing serves a similar function, acting as a source of relief after the seemingly endless slog of exams. The tradition of hurling confetti, shaving foam, silly string, and anything else suitably messy at students as they finish their end of year exams, provides an opportunity for the release of all the immense stress that has built up over the weeks of revision leading up it, and has been going since the 1970s. This somewhat beloved tradition, however, is similarly controversial, due to its detrimental effects on the environment. In a push to become more environmentally conscious, the University has put a strict ban on the practice of trashing, with students who partake in it being liable to an £150 fine. As the University website points out, trashing can result in plastic pollution, damage to the local environment through littering, and an average of £45,000 being spent on cleaning up by the University each year, which could otherwise be spent on better resources and facilities.

The University is still taking a firm stand against trashing, even if it is done using environmentally friendly materials.

Although the University has optimistically suggested substitute ways to celebrate the end of exams, such as a daytrip, a night out, or attending socials, these are things that people would probably have been doing anyway, and are arguably simply not on a par with covering your friends with the messiest substances you can get your hands on. Students’ enthusiasm to keep the tradition of trashing has been shown by the great lengths that some have gone to find biodegradable and environmentally friendly trashing materials. For example, some students have replaced the use of Holi powder with biodegradable and bio-produced cornstarch powder that has been dyed with organic food dye, rather than the toxic or carcinogenic chemical dyes typically used. Confetti has also been replaced in some instances with dried petals and water-soluble food dyed confetti, made from cellulose. Despite this, however, the University is still taking a firm stand against trashing, even if it is done using environmentally friendly materials. The University website states that this is because “even biodegradable materials have a negative impact on the environment”, and that “cleaning up and safety around post-exam celebrations usually costs the university around £45,000 each year. Although the University doesn’t explicitly state this, having two different policies with one applying to non-biodegradable trashing and one applying to environmentally friendly materials would be extremely difficult to control, particularly because at a glance the different materials can appear the same as each other. There is also the question of whether the majority of students would actually commit and use environmentally friendly materials, as they tend to be quite difficult as well as more expensive to acquire, and are currently mostly provided through often painstaking work on behalf of college junior common room environmental representatives.

As much as it is painful to admit, trashing is essentially an unsustainable practice which needs to be at least reformed if not entirely discontinued.

As much as it is painful to admit, trashing is essentially an unsustainable practice which needs to be at least reformed if not entirely discontinued. Yet, the University seems to be going about this in completely the wrong way. The practice of fining students as a means of disciplinary action is both outdated and classist, disproportionately affecting students from less privileged backgrounds. This issue has already been raised multiple times in regard to other disciplinary fines, to the extent that the issue is now recognised, and the practice discontinued by many colleges. For the University to threaten fines of £150 to any students caught trashing is a blatant disregard for the issues that the University has with accessibility, and the unequal consequences that fining has on its body of students. It is also worth questioning whether a complete ban on such a beloved tradition is really the way to go forwards. To as much of an extent as is possible, becoming more sustainable should be about adapting our habits to cater to the climate, rather than stopping them completely.

The practice of fining students as a means of disciplinary action is both outdated and classist, disproportionately affecting students from less privileged backgrounds.

The University’s ban on trashing in order to protect the environment may well be a necessary measure, particularly as so many students are so passionate about climate action. However, the use of fining to enforce the ban is certainly not the right way to go about it. Like most rules enforced by the University, it also deserves to be questioned by students, particularly in terms of whether an all out ban is really necessary when students are going to such measures are being taken by students to make trashing environmentally friendly.

Image description: Drain cover covered in confetti after trashing at the University of Oxford