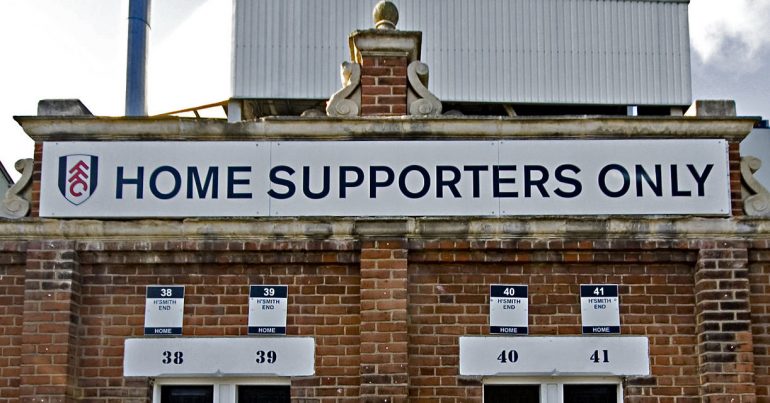 Fulham fan’s corner: is yo-yoing a problem for football?

Fulham is a strange football club: not big enough to be classed as a Premier league mainstay, but always unbeatable in the Championship. In fact, in the past 6 years we have not stayed in the same league for successive seasons, yo-yoing between the Championship and Premier league since 2017-18. I can’t wait for the day that we finally have a league game with Norwich, who despite yo-yoing for the same period, are a year out of sync with us.

While to the casual, the constant cycle of promotion and demotion has become a meme, for a Fulham fan, the intense highs of promotion and lows of demotion have made supporting Fulham more thrilling than I can remember. Even during my childhood, when there was stability in the Premier League under Roy Hodgson, there were never the same outbursts of emotion, and there was only the constant fear that one season it could all be gone.

The only exception to this was the Europa league final run of 2009/10, where after beating European greats like Juventus and Hamburg, we lost in extra time to Atletico Madrid.

No fan can forget the Clint Dempsey chip, which capped off a comeback against Juventus from 4-1 down in the second leg.

Therefore, there is definitely something to be said for that mid-table hope of doing something special in a cup while remaining secure, with which fans of Leicester, Wolves and West Ham no doubt can empathise.

However, the slow but steady establishment of the club, where even on relegation we know that we will return, means that while we can enjoy dominance in the Championship, the defeats in the Premier League aren’t as punishing. This can mainly be put down to the parachute payment scheme introduced in the 2006/07 season but greatly increased in scope in 2016/2017. This guarantees relegated clubs 55% of the broadcast revenue share of a Premier League team in their first season, 45% in the season after, and 20% in the third season. The idea being that clubs that are relegated are not financially ruined by the massive drop in revenue in the years after they are demoted.

While in theory a good plan at softening the financial hit of relegation, ironically the plan has been suggested as a potential cause of bankruptcy. Researchers from Sheffield Hallam university, have found that

“parachute payments offer clubs that are eligible to receive them a relative financial competitive advantage over other clubs in the sense that they can be used to offset player transfer fees and wages.”

The study also provides “empirical evidence that an increase in the number of clubs with parachute payments and the overall value of these payments coincides with a reduction in competition in the league (championship) .”  Indeed, clubs that have been recently demoted from the Premier league are twice as likely to be promoted which may explain the rise of the yo-yo phenomena.

Of course, this is hard to think about as a Fulham fan, recently promoted off the back of a record-breaking Championship season and with a state of the art new stand on the way. However, behind every one of Mitrovic’s 43 goals this season, is the parachute payment scheme which allows us to keep players as good as him. This applies to Bournemouth who go up with us, and other yo-yo clubs like Watford, West Brom and Norwich. The gap between the Premier League’s riches and the EFL has become so big, that even we, who only occasionally drink from its chalice, have become miles ahead of our competition.

Looking around us in the EFL, you can’t help but see the clubs on the verge of ruin and those already lost.

Bury FC were expelled in 2019 after going bankrupt, Wigan went into administration in 2020, and Bolton and Blackburn, former Premier League mainstays like us, are teetering as we speak.

Probably, the club that best encapsulates the guilt for me personally, is Derby County, who this year were deducted 21 points for going into administration. In the 2017-2018 season, Derby were in the Playoff finals with Fulham after years of spending under owner Mel Morris, yet lost in a game at Craven Cottage which I watched. The chanting at the Derby supporters seems cruel with the hindsight of history, and while it will never be known whether they would have got to the Premier league, those Parachute payments and Premier League broadcasting revenue that we received would have saved them. Further, we could well have been in their position if we lost, facing annihilation due to insufficient funding.

The moral quandaries of being a football fan are endless: we support a business intimately involved in the cut-throat capitalist world of today. Perhaps, my guilt is less than fans of clubs owned by oppressive states or Russian oligarchs. However, for all the thrill of these years of Fulham’s history, I have to acknowledge that the current system is part of the problem for the lower league, and Fulham’s success has resulted in others’ failure. While I look forward to this year of Premier league football, I hope we can one day reach a more equitable system, even at the expense of Fulham success.