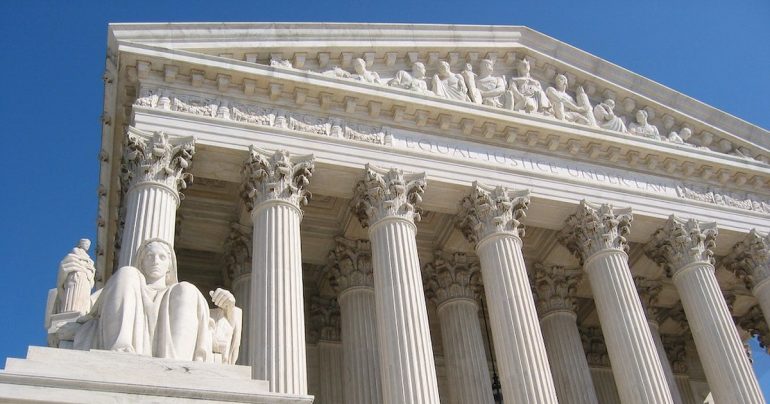 KBJ makes history, but can she make change?

The appointment of the first African-American woman to the Supreme Court will undoubtedly be seen by many as making history, but how much change will it actually make to America’s notoriously byzantine court?

Firstly, let there be no question of the significance of her appointment. Though neither the first woman (Sandra Day O’Connor, appointed 1981) nor the first African-American (Thurgood Marshall, appointed 1967) to serve on the Court, her status as the first to be both is a crucial landmark for an institution that has long been regarded as somewhat apart from most Americans. Momentously, this will be the first time since the Court’s founding in 1789 that four women will have served on it together. But, for all its symbolic importance, her appointment was arguably lacking in the usual fanfare, especially when compared to those of her immediate predecessors.

Yes, her confirmation hearing was nothing short of a tortured ordeal. Her nomination was bitterly opposed by all of the usual suspects in the Senate, seeing denunciations from many Republican senators, including the minority leader Mitch McConnell (R-Kentucky), who decried it as yet another intrigue of the “radical left”. A no less incendiary source of opposition came from Senator Lindsey Graham (R-South Carolina), who, despite voting for her appointment to the influential D.C. Court of Appeals but a year prior, publicly railed against her as an “activist judge”, even going so far as to walk out of the hearing mid-session. The prize for the most outrageous criticism, however, can only go to Senator Josh Hawley (R-Missouri), of January 6th infamy, who accused her of having given disproportionately soft sentences to child sex offenders when a judge – claims that have been widely debunked. But, even then, her nomination struggled to dominate public discourse in the same way that others became all-encompassing for US politics. Ultimately, this round of hearings was neither as vitriolic of those of Clarence Thomas (1991), where the nominee was infamously accused of sexual assault towards the end of the process, or as scandalous as those of Brett Kavanaugh (2018), where the FBI had to step in to investigate claims of sexual assault against him. Even the final confirmation vote, at 53-47 – including three of the usual Republican “moderates”, such as Mitt Romney – was not quite as polarized as previous ones; Amy Coney Barrett’s 52-48 two years ago was the first without bipartisan support since 1869. People can always be counted on to enjoy a good circus, and, for the increasingly hyper-partisan standards of the US political system, there just wasn’t quite enough psychodrama for the media. But is that such a bad thing? The notion of an independent judiciary was vigorously argued for by Hamilton and Madison in the Federalist Papers (1788), and the best way to preserve this is if we can rewind the clock some 30 years, where tight Supreme Court confirmation votes were a rarity rather than a reality.

Her confirmation hearing was nothing short of a tortured ordeal.

We would, of course, be utterly remiss to neglect the fact that her confirmation coincided with Russia’s heinous invasion of Ukraine, which naturally (and rightly) dominated the headlines. Perhaps, then, the hearings would have garnered more consistent international attention, as previous ones have done, without history unfolding so rapidly in such a crucial part of the world at the exact same time.

Many of the complaints against her, of course, are largely unfounded. There is little serious doubt that Jackson is, legally speaking, more than qualified for the role. A graduate of Harvard Law School who served for eight years as a judge, as well as a brief stint as a public defender (a first for a Supreme Court justice) in Washington D.C., she is objectively perfectly qualified. But if the US Supreme Court operated in such objective terms then it would likely not court half the controversy that it so often does. Indeed, the real question – as ever – is what consequences her appointment might have on the lives of ordinary Americans, to which there is a simple but disheartening answer: very few. When she officially replaces Justice Stephen Breyer, under whom she clerked as a student, in June, her appointment will not alter the Court’s 6-3 conservative balance (though Chief Justice Roberts is really now more of a “swing vote”). Crucially, it will have next to no bearing on the imminent (since the leak of Justice Alito’s draft opinion) overturning of Roe v. Wade. Anyone naïve enough to expect her to swoop in and save the day will be bitterly disappointed.

Jackson is, legally speaking, more than qualified for the role.

There’s no question that Ketanji Brown Jackson is a brilliant woman and an accomplished jurist with much to offer, but in an institution – and, unfortunately, increasingly now a country – where people pay more attention to your stated ideology than your actual ideas, she will have the opportunity to change very little. The blunt but hard truth is that, for now, the change is only one of aesthetics. But none of that should detract from how much her historic appointment already means to millions of people, and, with her set to remain on the Court for decades to come, what great things she may yet do.

Image description: The building of the US Supreme Court, to which KBJ was recently appointed.