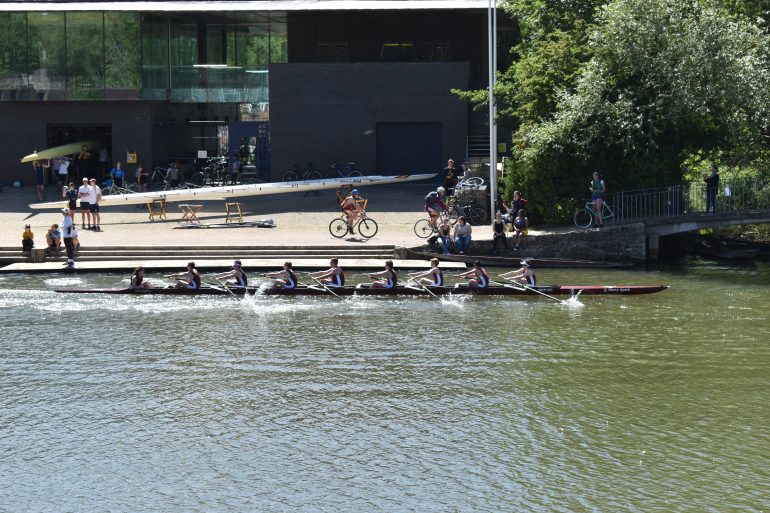 CORNMARKET STREET – In the hours following the Summer Eights, the most widely-anticipated rowing event of the academic year, an Oxford rower discovered to his surprise he was now able to avoid mentioning rowing in at least the first twenty minutes of conversation.

“It’s amazing how far I’ve progressed this year,” second-year Rowan Bladeson stated, adding that he initially struggled to not bring up his erg times within five minutes of a conversation. “Oxford really pushes you to your limits and I think I’ve benefited so much from that.”

Bladeson is now able to introduce himself and have a regular conversation with people he hasn’t met before. Additionally, his friends testified that he was now “bearable to be around” and has stopped wearing his OUBC quarter-zip everywhere, including the shower.

While we were congratulating him on this milestone, Bladeson admitted that on a few occasions he had relapsed, accidentally going on a ten-minute rant about how much he loved coxing during a tutorial. Upon further self-reflection and a meeting with the Warden, Bladeson has now removed ‘Proud member of OUBC’ from his Tinder profile.

In unrelated news, the University’s Student Welfare and Support System announced they would soon launch a new series of workshops titled “We Know You’re In There Somewhere: Remembering Life Before Rowing”, aimed at helping those suffering severe loss of personality retain some semblance of the person they were before becoming a rower.

Featured image description: A rowing boat in Summer Eights on the River Isis. Behind is the Univ Boathouse and some people standing and cycling on the riverbank.