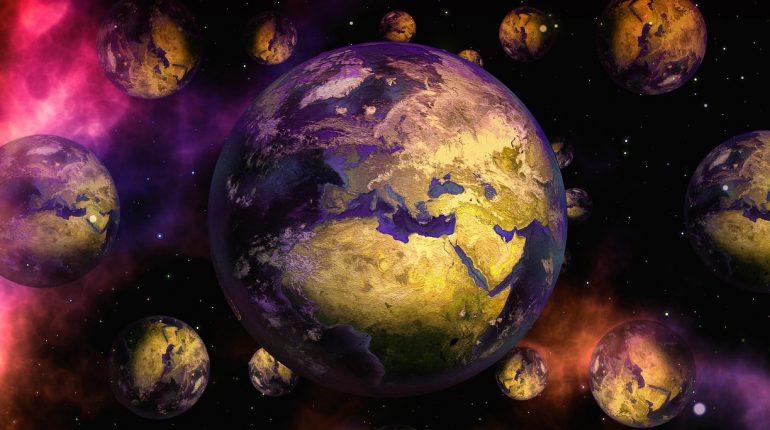 Doctor Strange and the Demilitarisation of the Marvel-Industrial Complex

Doctor Strange in the Multiverse of Madness is a glorious disaster: a multi-million dollar, two-hour-long absolute train wreck of a film; the cinematic equivalent of a bathing in a warm septic tank. The film is hot, hot trash. A terrible script, piss-poor special effects, sickening direction. It was awful and I loved it. Perhaps this is my somewhat manic state of mind before my finals, but I laughed so hard at this film that it felt like bullying. Either this film was written by an unhinged seven year old or this is the biggest-budget episode of CBBC’s Prank Patrol to date; with Sam Raimi clearly playing the role of Barney Haywood, and the unwitting child contestant being the millions of global Marvel fans. I commend Sam Raimi; with his 2001 Spiderman he accidentally started this billion-dollar, cinema-killing behemoth franchise and has now come back like Clint Eastwood in Unforgiven to mercilessly bury it in its grave. This film is anti-nostalgia, it is a black hole destroying all that Marvel fans like. Raimi is here to brutally kill off every character that you love and I applaud him.

Raimi is here to brutally kill off every character that you love and I applaud him.

I have had more coherent fever dreams than the plot line for Doctor Strange 2. The opening ten minutes of the film are gloriously nonsensical, with an alternate version of Doctor Strange – who can speak Spanish for some reason (¿porque por qué carajo no?) – running along a rainbow bridge, attacking some massive zombie-ish tornado-like monster. The spinning camera and bright visuals almost made me gag on my popcorn. It reminded me of the scene in the Beavis and Butthead film when Beavis eats a peyote cactus in the desert and hallucinates demons. It’s less being thrown in the deep-end of a swimming pool, and more being forcibly kicked in and then belly-flopped on.

When I left the film I was angry, I felt disrespected. I’ve sat through several films and television shows, watched endless debates, and read endless theories in the build-up to this A-Class crock of crap. This film has absolutely no respect to any fans of Marvel films. But this is my working theory: that is the point. Sam Raimi does not respect anyone watching these films, he hates the craft. He set out to make a deliberately awful super-hero film. And he succeeded with flying colours. This film is Godawful. Well done Sam!

Sam Raimi does not respect anyone watching these films, he hates the craft. He set out to make a deliberately awful super-hero film. And he succeeded with flying colours.

Perhaps I’m being a tad overdramatic, but this did feel like the final season of Game of Thrones; characters acting stupidly, a storyline that lost all sense of logic, ugly visuals and no satisfaction. Some might be upset by this, but I think it’s hilarious. I have wasted so much time! Oh well.

I have grown apathetic towards the Marvel films since Endgame; it seems to me that they have lost their way, indulging in the same narratives and tired tropes. The hype-culture surrounding Moon Knight epitomised this, with the filmmakers promising it would be ‘groundbreaking’, incredibly violent, and a deep character exploration; a project that would truly grasp mental health. It wasn’t any of that, it was the same. It’s strange, it feels like from Iron Man in 2008 to Avengers: Endgame in 2019, the filmmakers were careful in gradually bringing characters together and meticulously building up the stakes. Here, they have thrown all that patience away, with the stakes now being just unfathomably large, it’s not just New York or the world that is at risk but every single conceivable universe. Where do they go from here? How do the stakes get bigger than that? They can’t. The Marvel cinematic franchise is an Ouroboros: it is devouring itself.

How do the stakes get bigger than that? They can’t. The Marvel cinematic franchise is an Ouroboros: it is devouring itself.

One of the things I loved most about this film is its inattention to detail. Take Wanda: Raimi said in a recent interview that he hadn’t watched Wandavision, and it shows. He doesn’t understand Wanda Maximoff and he doesn’t care. Wandavision was a nuanced exploration of processing grief, and Wanda herself was a flawed character; she was committing immoral acts but her nature remains nuanced and sympathetic. In Doctor Strange 2, the writers thought better of this, portraying the Scarlet Witch as a merciless, vindictive zombie, brutally murdering people without any remorse. Wanda is almost comedically villainous, a borderline misogynistic indulgence of the Dark Mistress trope. It felt like a huge disservice to a character the filmmakers have spent so long developing. Even the titular Doctor Strange is poorly served, spending half the film simping over his love interest from the previous film, and the rest displaying his ever-increasing nonsensical list of powers, including projecting magical notes and summoning dragons (!?). I always felt that the characters were at the core of why Marvel films work; it’s a worrying sign when two of the key characters are quite so poorly written.

I think my favourite moment was the introduction of the Illumanti, a superhero team who get their own Avengers style introduction; with Captain Carter and Captain Marvel, alongside fan-hyped Mister Fantastic and returning favourite Patrick Stewart’s Charles Xavier. What does Raimi do with this new, nostalgia-fuelled squad? Within five minutes, all these heroes are violently and suddenly murdered. Fans have speculated about John Krasinski in particular for years, pining for The Office actor to play the role of Reed Richards. And unfortunately for these nerds the monkey paw curled with gusto, with Krasinski being given less than ten lines of dialogue, not even showing his stretching powers, before being contorted into a pile of wet Pot Noodles. A general lack of disrespect to a loyal fan base from Marvel so awe-inspiring it brings a tear to this cynic’s cold cheek.

The overall cost of watching this film was £18, with a tenner for a ticket and eight quid for snacks; that feels less like a payment for a recreational activity and more of a tax on my own stupidity. I’m done with Marvel, and I feel like Marvel is done with Marvel.

Image description: a depiction of space with multiple Planet Earths.