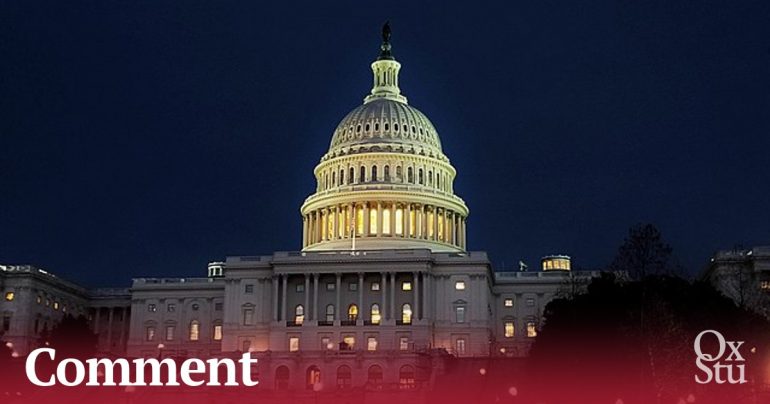 Disunited States – Why gun control is unthinkable in the US

How many readers remember the 2018 Marjory Stoneman Douglas Shootings and the subsequent student-led protest, March For Our Lives? Over 1.2 million people participated in the March, either in Washington or at one of the four hundred and fifty sister events which took place on 24th March 2018. This made it one of the most widely participated protests in US history, organised entirely by students who were frustrated at a system of neglect which had allowed seventeen of their schoolmates to be brutally murdered, even after decades of news headlines reading like something out of a dystopia. I remember the palpable sense of optimism which these protests inspired; an idealistic, naive, and innocent hope that a better, safer future was possible for the United States.

A sad reminder of the death of that innocence, of that brighter future, came with the Robb Elementary School Shooting on May 24th, as nineteen children, all under the age of 11, and two teachers were killed by a gunman brandishing an AR-15, the same style of assault weapon that was used in the Marjory Stoneman Douglas Shootings. While I may not be American, it is only human for me to feel utter pity for the victim’s families and sympathy for every parent that has the bravery to send their kids to school in the face of these tragedies. It also depresses me, and it should depress you, that the US is still so far away it seems from acting to stop these tragedies becoming regular, forgettable occurrences.

What is even scarier to think about is, while the March For Our Lives campaign has been carried out to little success in our recent memory, longer campaigns have similarly gone ignored for decades. My eldest brother was two years old and I was still a figment of my parent’s imagination in 1999 when the Columbine Massacre claimed the lives of thirteen students, including Daniel Mauser, whose father Tom has been running The Forgiveness Project which aims to lobby for comprehensive gun control reforms to prevent mass shootings. One cannot comprehend the courage it takes to come to terms with the death of your son while also organising a campaign to ensure his death was not meaningless.

While there are clear political issues which ensure that reform is impossible and which entrench the 2nd Amendment right to bear arms, what is even more remarkable is the culture which has arisen around guns which make them a political point of contention and therefore influence politicians to prevent reform. It is a populist tirade which stems much further than simply the populism of Trumpism and the modern Republican Party. In 1994, the assault weapons ban was voted in by Congress despite 64 Democrat and 131 Republican House Members and 2 Democrat and 36 Republican Senators voting against the ban. The ban was only a temporary measure however, lasting just 10 years before it expired and was not renewed. This is proof that this is not just an issue of Democratic vs Republican, but one which is much more complicated by the influence of pro-gun rights lobbyists and a populist attempt to appeal to gun-owning constituents who see the issue as one of responsible gun ownership.

However, while most calls for reform have tended to focus on assault weapons, including the recent demands of President Biden, these measures don’t go far enough to resolve the epidemic of gun violence which consumes the US. Frankly, a ban on these assault weapons is a ban exclusively on the instruments which are operated in the majority of school shootings, certainly something which can be seen as a compromise as opposed to a comprehensive measure. According to PewResearch data though, the majority of deaths caused by guns in the US are suicides, with 59% of deaths being caused by handguns while assault weapons account for just 3% of deaths. To only address 3% of a serious issue which blights a country is frankly a pathetic response, and shows that what Democrat and Republican politicians really want is not to address the problem comprehensively but to get rid of the headlines which highlight the problem. I highly doubt that gun violence in the US would get as much coverage worldwide as it does if, instead of children being senselessly murdered, the statistics were exclusively dominated by suicides. It is the duty of politicians to consider ways in which gun violence can be regulated, and this will not be solved simply by banning certain weapons and allowing others to remain deregulated.

what Democrat and Republican politicians really want is not to address the problem comprehensively but to get rid of the headlines which highlight the problem.

In a country where abortion and female reproductive rights are open to discussion like a political football to be kicked up and down a pitch, it is a disgrace that guns aren’t open to those same discussions. And as history has shown, we’re unlikely to see the change that is necessary in the US. I have made a deliberate choice to omit the names of any of the shooters who committed these heinous crimes, which are reported by the media all too often, but out of respect to the victims I will now name the two teachers and nineteen children who died because of the callousness of politicians: Eva Mireles, 44, Irma Garcia, 48, Xavier Lopez, 10, Jose Flores, 10, Nevaeh Bravo, 10, Ellie Garcia, 9, Tess Mata, 10, Alexandria “Lexi” Rubio, 10, Jacklyn Cazares, 9, Jailah Nicole Silguero, 10, Jayce Luevanos, 10, Miranda Mathis, 11, Amerie Jo Garza, 10, Makenna Lee Elrod, 10, Layla Salazar, 10, Maite Rodriguez, 10, Annabell Rodriguez, 10, Eliahana Cruz Torres, 10, Rojelio Torres, 10, Alithia Ramirez, 10, Uziyah Garcia, 10.