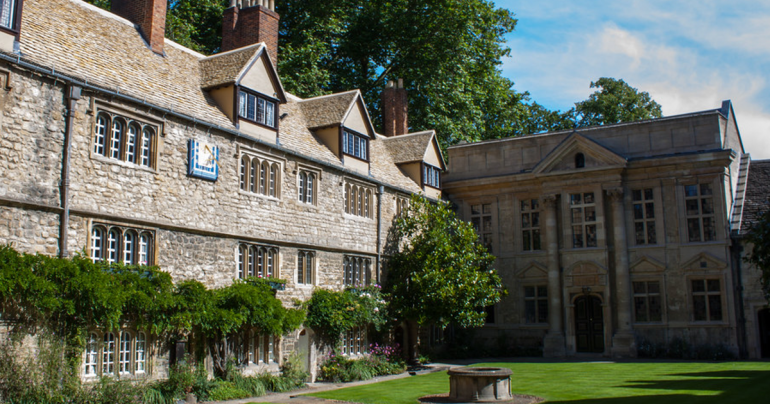 The House of Lords Appointments Commission has announced that the Principal of St Edmund Hall, Professor Katherine J. Willis CBE, is to be appointed to the House of Lords.

Professor Willis became Professor of Biodiversity at the University of Oxford in 2010 and was elected Principal of St Edmund Hall in 2018. Educated at Southampton and Cambridge, she spent five years on secondment at the Royal Botanic Gardens, Kew from 2013 to 2018. She has also served as an adjunct professor at the University of Bergen in Norway.

Her research focuses on the long-term responses of ecosystems to changes in their environment. She has previously advised the Government on environmental and conservation issues, leading to her receipt of a CBE in 2018 for services to biodiversity and conservation.

St Edmund Hall said in a statement that “the appointment recognises Professor Willis’ contribution to biodiversity science and to policy formulation in roles such as her membership of the Government’s Natural Capital Committee and in scrutiny of the scientific evidence base underpinning the Government’s 25-year environment plan.”

Commenting on the appointment, Professor Robert Whittaker, the College’s Vice-Principal, added: “This is a deserved and exciting appointment, boosting the scientific expertise available in the House of Lords on issues of biodiversity, natural capital and environmental sustainability.

“I am delighted to offer congratulations to Professor Willis on behalf of the governing body of St Edmund Hall.”

“a deserved and exciting appointment”

During her tenure as Principal, Professor Willis has attempted to make the College more sustainable through the adoption in 2019 of a 10-year environment strategy. The strategy committed the College to reducing its energy consumption by 5% over each five year period.

Professor Willis joins the House of Lords amid turbulent political times. She will sit as an independent non-party-political peer, one of 74 such crossbench peers to have been nominated by the House of Lords Appointment Commission since it was established in 2000. Her appointment is subject to formal approval by the Prime Minister and the Queen, and comes alongside the nomination of the leading women’s rights campaigner Shaista Gohir.

She will be the fourth currently serving Oxford head of house to be a member of the Lords. Baroness Royall, Principal of Somerville College, and Baroness Amos, Master of University College, both sit as Labour peers. Lord Mendoza, Provost of Oriel College, sits as a Conservative, as does Lord Patten, the Chancellor of the University.