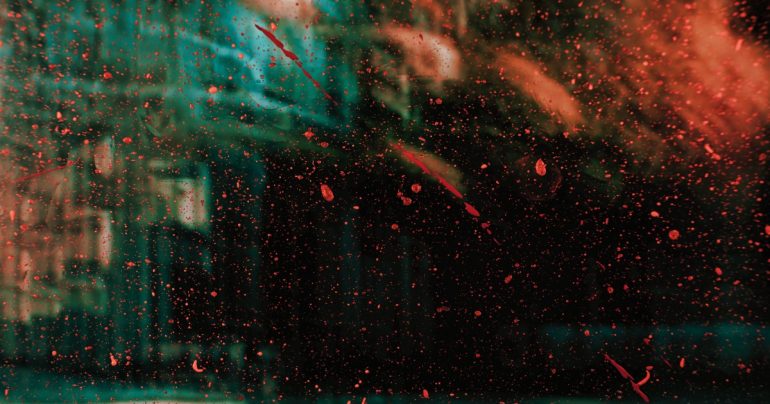 Being seventeen is the worst, but at least your prom wasn’t smashed to pieces by a girl in a telekinetic rage. Founding Fellas Productions recently brought Carrie to the Oxford Playhouse, this being a musical adaptation of Stephen King’s novel of the same name. Directed by Ellie Cooper, Carrie was a sensational mix of upbeat musical numbers and moments of horror, all showing the turmoil of being young and figuring out where to go in life.

King’s classic horror novel tells the story of Carrie White, a socially awkward teenage girl raised by a fanatically religious mother. One fateful prom night, the school bullies play a traumatizing prank on Carrie, and she unleashes supernatural destruction. Harriet Nokes starred as Carrie, bringing to life a shy teenager who tries to keep her head down, but is all the while brimming with anger and frustration towards her classmates, her mother, and her life. Nokes excelled in portraying Carrie’s complex persona; the audience saw the other side of the character the moment her first solo began with the song “Carrie”. Nokes’s powerful belting voice was perfect to depict the potential that Carrie is holding back.

…a sensational mix of upbeat musical numbers and moments of horror, all showing the turmoil of being young and figuring out where to go in life

The show also starred Grace Olusola and Gianna Foster as Sue (played by each on alternate nights), who is ashamed of her part in bullying Carrie and sets out to make amends. There were some moments where Foster portrayed Sue as confrontational where I thought it would’ve made more sense for her to be hesitant, yet she convincingly presented Sue’s moral dilemma. Grace de Souza was at home in the spotlight as Chris, the most popular girl in school and the main bully. Chris doesn’t have a lot of characteristics besides being mean, so the only way to play her is to bring lots of personality to the role and delight in her nastiness, which de Souza accomplished. Chris had one moment, during a reprise of “The World According to Chris”, where it seemed like she is slightly saddened by her own world view. The moment of self-doubt was completely subtextual, only made clear by slower music and de Souza’s superb acting.

The three main teenage girls depict the internal conflict which comes with deciding what kind of woman they want to be: Carrie wants to put herself out there and stop hiding, Sue wants to be kinder, and Chris is resolved to be cruel so she will always be on top. Meanwhile, the adult woman who has always loomed large in Carrie is of course Carrie’s mother, Margaret. Eleanor Dunlop’s portrayal was completely terrifying; she also has an incredibly strong voice that aided in creating a tyrannical character. In contrast to Carrie’s abusive mother is the gym teacher Ms. Gardener, who provides Carrie with friendly support. This is a character I did not expect to stand out in the show, but Beth Ranasinghe gave a spectacular performance as a funny, no-bullshit woman who is still happy to share life lessons with a younger girl.

Luke Nixon and Peter Todd were both amazing as the main male characters of the show: Sue’s kind boyfriend Tommy, who takes Carrie to prom as a favour to Sue, and Chris’s delinquent boyfriend Billy. The production was rounded out with a talented ensemble, with each person on stage giving the same effort as if they were the lead and developing a unique persona. Right from the beginning, the musical talent of the cast and orchestra, led by musical director Beth “Fitz” Fitzpatrick, hits the audience in the most wonderful way. During the first number (“In”), the cast annihilates the audience with powerful voices, perfectly arranged harmonies, and impressive choreography. Choreographer Vanessa Silva created musical numbers which were fun to watch and let the actors show their characters’ personalities.

The sets were deceptively simple; before the show began, when I was staring at a stage with a colourless staircase and balcony, my first impression was that it wasn’t going to do much to capture the tone of the show. However, added set pieces and amazing lighting design helped create several different locations. Brightly coloured lighting was used for the scenes with the students and extra decorations were added between acts for the prom sequence. Meanwhile, the scenes in Carrie’s house had minimal, dimmer lights to capture the dark and dreary home. The transitions between locations were smooth and flawless, using the ensemble cast to move things around while they were singing. As far as the costumes went, I guess the setting for the show could be anytime in the later 20th century, but the students’ clothes make it clear that this is the 21st, making it more relevant (and more terrifying) for today’s teenagers.

Carrie was a technically and musically beautiful production with lots of teenage angst, against which I do not have a lot to critique. I could feel the same explosive energy coming from everyone on stage, because sometimes life is too much, and you just need to start smashing things. It was a fun way to spend a Saturday night and remind myself how glad I am that high school is over.