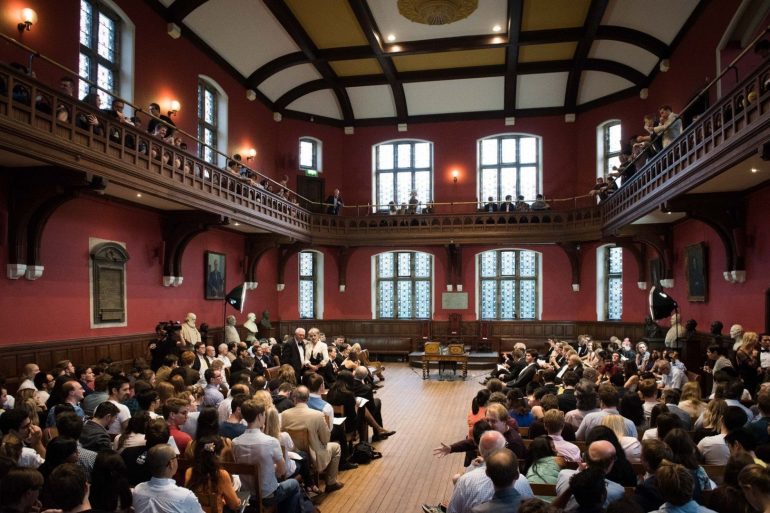 How (not) to get hacked

Suddenly a slew of imperative verbs appears across your Facebook – it’s almost seventh week and the Union is back. Fresh from cancelling every third speaker event and a scandal because not everyone at the Union can think of good enough verbs, the Union now wants you to care about it again. For most of you, that means you’re about to discover a whole new group of ‘friends’ that you never knew you had.

Hacking is pervasive at Oxford, and in the next week it’s more likely than not you’ll receive a message subtly or not so subtly begging for your vote. Never fear though, because OxYou is here to make sure you never get hacked again.

When you first receive the message, you’re probably going to be confused for a minute or two. Someone you ran into once in freshers’ week will have sent you a text more gushing than anything your significant other has ever sent you, asking if you want to catch up in the next week. Your immediate reaction is going to be to ignore and block, but I beg you, don’t do it.

You need to get it out of your head that Union members are ordinary people who deserve respect, and instead understand that any and all opportunities to mess around with them should be jumped upon. So, when you first get that message, instead of just leaving it, you need to reply. Not only does it save other poor souls from the same message, but it also gives you the opportunity to watch someone desperately try and pretend that you really truly are besties.

By the time you’ve done that, they’ll be so invested in your vote that you can basically get anything you want out of them. Want to go to Knoops next week? Fancied a paid-for Spoons trip recently? Trying to tick another college off the formal hall challenge? All of these and far more can be accomplished by simply telling your Union friend that you’re not quite convinced that you should vote for them.

This is also where you start to play them off against each other. Has one of them offered to take you to a formal? Because if so and if you play your cards right, you’re most of the way to securing an invitation to the Ivy for dinner. By the time it finally does get around to Friday, they should feel like they’ve been used and abused for everything they’ve got.

Now, before I explain how to make sure you never get hacked again, it’s also worth including a side note about what to do if they do something silly. I include this because I once opened my phone to two identical hacking messages from the same person, only addressed to different people – when I opened the actual messages, the one addressed to the wrong person had mysteriously disappeared. If any of your hacking friends are foolish enough to ever do anything like this, every other hack you know should hear about it, along with just about anyone else who will appreciate it. It’s dangerous to let hacks keep any dignity.

So with that, we get on to landing the killer blow. You’ve wasted their time, taken them for everything they’ve got and with a bit of luck utterly embarrassed them, and now it’s Friday. Sometime around midday, you’ll get a message asking if they can walk you over to the Union to vote: it’s at this point you break the news to them that you’ve never been a Union member at all!