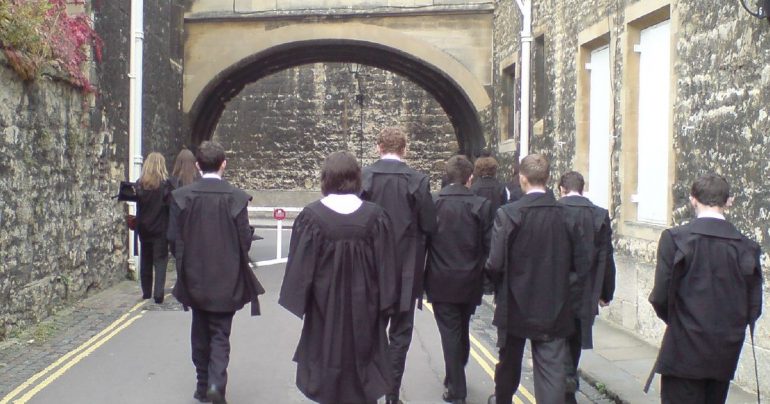 Political society events such as Beer & Bickering at the Oxford University Labour Club should not be denigrated for their strengths. We have heard the timeless criticism that debating events are merely forums where jumped up, buttoned up PPE studying wannabe Prime Ministers theorise about global problems that they have read about on their tutorial reading list. Such criticism depicts events such as Beer & Bickering and Spirited Discussions as closed shops full of self-righteous discussion, but these events and environments are not joyless or meaningless; they embody two things.

Firstly, they represent a strength of Oxonian culture and secondly they illustrate what must change.

The debating events demonstrate the value of freedom of thought, conscience, speech and debate. Vigorous, heated, emotive debate ensures, as John Stuart Mill wrote about in ‘On Liberty,’ that people will channel their convictions into words and language, instead of aggression or even worse, violence. It is imperative that people are regularly exposed to opposing views that will challenge their framework of how they view the world. This encourages intellectual flexibility and humility.

If a view is not challenged, then surely it is not a view, but a dusty, fusty, lifeless relic that belongs not in the arena of live discussion, but in an old, forgotten museum.

I have benefitted from members of my household at Worcester countering my arguments in favour of a wealth tax and our duels have forced me back to the intellectual drawing board to examine my principles and evidence. We’ve repeated this process over inheritance tax, the monarchy, whether the Middletons are a middle-class or upper middle-class family? And we’ve mulled over the biggest question of them all, are horror films any good?

The debating events also provide students with an incredible opportunity to practice their ability to articulate their thoughts, to structure an argument orally and to communicate persuasively. These are skills that are invaluable in professional and political life. The market for debating events may be saturated and supply may outstrip demand, but the debating culture must be cherished and safeguarded. Otherwise a barren intellectual desert will emerge.

But what about change?

The debating events are often dominated by the same speakers whose views others can predict before they utter a single syllable. Many attendees are spectators, some keen to speak, but uncertain about how they and their views will be received. Fear must have no place in the debating culture or in the political societies at Oxford.

What Oxford needs is a new culture of openness.

Openness to ideas, individuals and people from outside Oxford. Here is one proposal, that for some of our biggest clubs and societies, apprentices from outside Oxford who may work in events management or media and journalism, could come, for a fixed time period to work for an organisation like the Oxford Union, Oxford Guild or one of the student newspapers. There should be more student exchanges between universities.

This brings us to the Oxford Union. Recently, it has been inflamed with confusion, accusation, counter-allegation of wrongdoings. The Union is perceived by some at best to be a coalition of chaos and at worst, a corrupt coterie of narcissistic individuals. The first charge is harsh and the second is wrong and unwarranted. Both charges against the Union tend to be the product of easy, sweeping stereotypes, which are intellectual short-cuts; they allow you to circumvent critical engagement with your opponents’ arguments.

The Oxford Union is an imperfect institution and reform is required. The same can be said for every Oxford institution. It is just that each institution must travel its own journey of reform. Institutions are imperfect, as corruption, nepotism, jobbery and incompetence tend to feature, because such institutions consist of human beings and the worst of human nature, as ever, can prevail. But surely the solution is not to shrug one’s shoulders and to look away, but to tirelessly fight for reform and progress within Oxford’s institutions.

Oxonian culture requires reform, but not revolution. Change, not chaos.