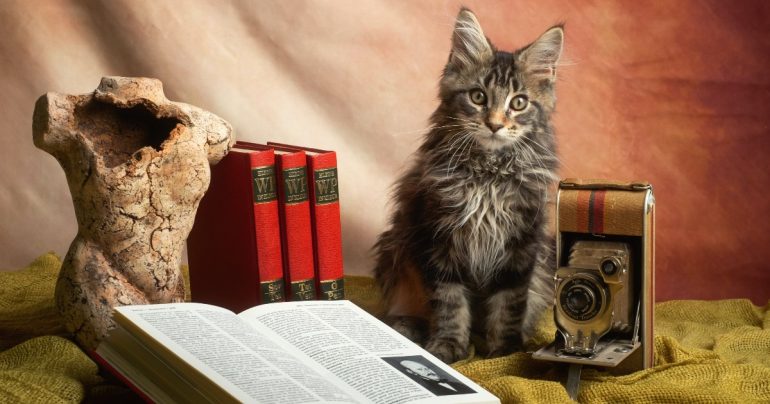 Comfort reads to reach for

We both brought silly books to Oxford interviews, my friend and I, though I only remember hers – it was Milly-Molly-Mandy. The old book with its picture of a little girl in a stripy dress was in comic contrast with the masses of scribbled-over pages, the fat textbooks on economics, and the reader herself, streaking through political anecdotes in an exhilarated frenzy. I’d never read Milly-Molly-Mandy myself, but even the name alone made me smile; there is something about those old, much-loved books, which suggests comfort, like a hug.

That was three years ago. As exam season wears on, hopefully such books can help to keep one sane. I will not be graduating this year, but I re-learnt during rustication the abiding power of a good book – personally my alternative when sertraline is too expensive, though it may not work for everyone. These are mostly classics, and therefore more findable in libraries.

Nostalgic books you read as a child are often the first that come to mind. Some work better than others. Neil Gaiman once observed that ‘Whatever I loved about Enid Blyton isn’t there when I go back as an adult’, which is quite true – it’s difficult not to notice details that age badly, such as Blyton’s portrayals of traveller people in Five Go Off in a Caravan. At the same time, she’s good at capturing the excitement of escape, whether it’s running away to live on an island or exploring lands atop the Faraway Tree. Perhaps her books are better in small doses. Stories like Mary Norton’s The Borrowers or Diana Wynne Jones’s Howl’s Moving Castle (both with terrific Ghibli adaptations) don’t quite have this problem, possibly because they’re knowingly self-conscious, even slyly ironic, about the element of fairytale, which invites the reader to believe as they wish.

…hopefully such books can help to keep one sane.

The Harry Potter series would be another obvious choice, but a children’s classic that deserves more readers is Dodie Smith’s The Starlight Barking, which is so wonderfully ridiculous – involving telepathic flying dogs, including a Dalmatian called Cadpig who takes over Downing Street (perhaps preferable to our current government setup…). A sequel to her famous, Disneyfied novel The Hundred and One Dalmatians, ‘The Starlight Barking’ offers an idiosyncratic adventure story with plenty of crazy magic.

On the flip side, there’s apocalyptic fiction – John Wyndham’s The Day of the Triffids gives you giant walking plants that eat people. It’s absurd enough not to be frightening, and allows you to imagine yourself running away from all-consuming monsters in a way you never can with exams. Murder mysteries are another good bet, and Agatha Christie’s novels are a tried-and-tested favourite, with sales of her books spiking during lockdown. Figuring out fictional murderers is irrationally satisfying, especially when the puzzle takes place in some elaborate location. Crime writer Sophie Hannah has argued that the appeal of Christie is rooted in our interest ‘in making order out of chaos’, which is certainly is a hope this Trinity term.

There ought to be a category of simply ‘wholesome’ books with happy endings. Miss Pettigrew Lives for a Day by Winifred Watson is a fun 1930s fairytale-like novel, if Cinderella were a poverty-stricken governess, and her fairy godmother a nightclub singer with multiple lovers. Watson’s novel is sparkling comedy with a playful, sympathetic eye for eccentric characters. A quieter, but no less endearing novel would be Tove Jansson’s The Summer Book – the perfect read for the long vac, with its pensive portrait of a child and her grandmother, passing a timeless summer on an island. It’s a book where nothing much happens and yet everything does; I wonder what you would make of it all.

There’s something vital and transporting in books. The line – ‘Whimsical soft-centred happy-all-the-way-through novels’ – comes from UA Fanthorpe’s poem ‘A Minor Role’. It’s not one of my favourite poems, though the line stuck with me after studying it at A-level, with its suggestion of books as chocolates: ‘soft-centred’. The poem presents someone shuffling through the means of finding comfort when life seems rather foolish, and there’s a tone of self-deprecation amidst all the hyphens, a consciousness of frivolity. What can whimsical books do, in the end? Why try to escape? But then we have that other implication of ‘soft-centred’, in the sense of carefully centring yourself, setting aside a space to breathe. If you need to breathe in an occult murder mystery in fairyland, go, there’s a book for it (see Hope Mirrlee’s Lud-in-the-Mist!). This may be an indulgence, but we all deserve the extra chocolate at times.

Featured Image Description: a cat with a camera and some books