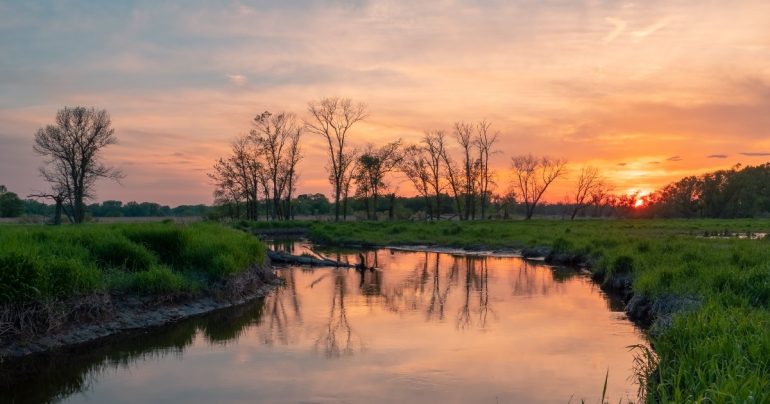 Way Out Yonder: Understanding ‘Where the Crawdads Sing’ before You See the Movie

“Way out yonder, where the crawdads sing, the marsh knows one thing above all else: every creature will do what it must to survive.”

The quote above from the first trailer for the movie adaptation of Delia Owens’s bestselling debut novel, Where the Crawdads Sing (2018), already shows that the filmmakers understand the foundation upon which the story is built. After years of saying I was going to read Crawdads, the release of the trailer finally spurred me into action, and I finished the book in two days. With the film’s premier in July approaching fast, I would like to take this chance to share my thoughts on some of the book’s major themes and motifs.

… the wild child who lives alone in the swamp, avoiding social workers, officers, and anyone else who would take her away from everything she has ever known.

Crawdads tells the story of Catherine “Kya” Clark, a young girl who raises herself in the marshes of North Carolina. Kya lives alone in the marsh after being abandoned by her family; her mother and older siblings fled to escape her abusive father, who himself later disappears without a trace. Kya gets by selling mussels, fishing, and gardening, and becomes a local legend in the nearby town, known as “the marsh girl” – the wild child who lives alone in the swamp, avoiding social workers, officers, and anyone else who would take her away from everything she has ever known.

As she grows from a girl into a young woman, Kya becomes romantically involved with two men at different times in her life. The first is Tate Walker, the son of a shrimper who shares Kya’s love of the local flora and fauna. Tate eventually leaves to study zoology and earn a doctorate, and Kya begins a dangerous affair with the town darling Chase Andrews. Her relationship with Chase ends when she discovers that he is engaged to another woman. Tate returns to make amends and helps Kya become a successful author, publishing all her knowledge about the marsh and its critters. Kya has achieved some peace and stability in her life – until Chase is found dead in the marsh, and she is the prime suspect.

Crawdads is about Kya’s loneliness and how, despite being ostracised by the townspeople, she finds her home and family in the marsh.

Crawdads is about Kya’s loneliness and how, despite being ostracised by the townspeople, she finds her home and family in the marsh. However, it is also about how becoming part of the marsh teaches her what it means to survive against all odds. Kya, in her first-hand studies of the marsh and through reading books and articles, learns about the many “ruthless-seeming behaviors” which are essential to survival; that is, all the things that life will do to keep on living. Examples that appear in the book include a female praying mantis which will eat her mate or a fox mother which will abandon her children, so that they may live to fight another day.

Kya’s fascination with this subject is informed by her experience with her own mother. Throughout the book, Kya continues to hope that her mother will one day come back while struggling to understand why she left. As she reads the countless textbooks Tate brings her, “Within all the worlds of biology, she searched for an explanation of why a mother would leave her offspring.” When her brother Jodie returns after many years and tells her of their mother’s death, Kya understands that her mother left for her own survival. However, Kya still believes that even though biology and evolution have installed primal urges to fight for life no matter the cost in everything in the marsh, including the humans, that doesn’t mean such sacrifices should be made.

However, there is a shift in the narrative in the months leading up to Chase’s death. Kya meets Chase again by chance and he assaults and attempts to rape her, then continues to look for her in the marsh in the following weeks. Kya knows that Chase will not leave her alone and that the police will never believe her over him, so she is driven to kill him to ensure her own security. She is acquitted with the help of a skilled lawyer and after she is released from prison makes her peace with her mother leaving, because she now understands the lengths she will go to for her own survival. Beyond that, she is a child of the marsh, where everything will fight to survive.

Where the Crawdads Sing is a story about a girl surviving everything, including her own loneliness, through her relationship with the land she lives on. The film adaptation, directed by Olivia Newman, produced by Reese Witherspoon, and starring Daisy Edgar-Jones (Normal People), is scheduled to release on 15 July in the United States with an unconfirmed July release date in the UK.

Featured image description: a river and marshy ground against a sunset sky