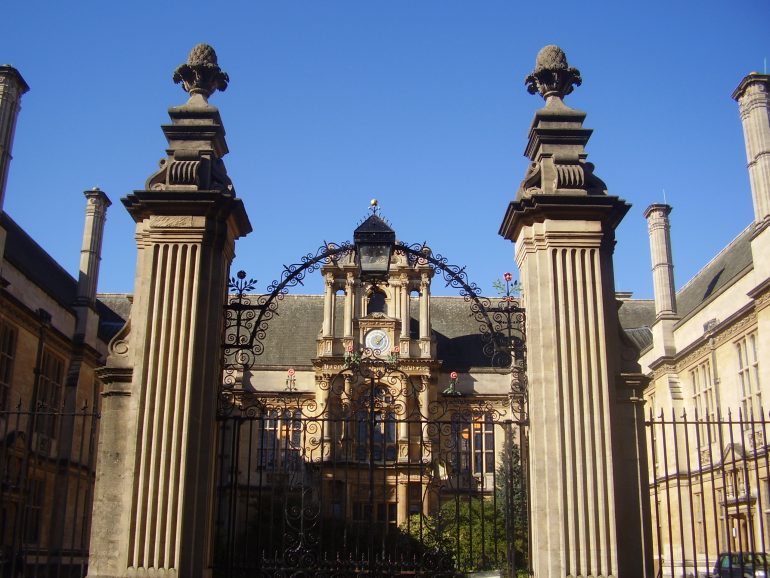 Confessions of a Hopeless Finalist

Dear reader, I must admit, immediately, that I have not written this at a sensible time. Instead, I write to you from the Rad Cam, where I have been sitting, mainly on LinkedIn, since 9:30 this morning. Not much work has been accomplished, because I’ve only just painted my nails and couldn’t possibly type. Another ‘revision’ meeting is set for this afternoon, where I will undoubtedly prove to be a significant distraction once more, because I haven’t done any reading. Whoops.

I am a confirmed Hopeless Finalist™. I don’t particularly care for my degree, or working very hard, and so I have been struggling with the FOMOOR (Fear Of Missing Out On Revision) since Christmas. With the concentration levels of a toddler plonked in front of moving objects on a silver screen, I have meandered through the last two terms in a roundabout way, pausing only to tell other people that I am, of course, working very hard. If I’ve read anything on the reading list it is usually by accident: I truly did think Smart Power would be about power dressing.

But it’s time to come clean. I am a terrible finalist. I can’t resist a coffee or a drink, and the idea that people are doing interesting things without me makes my stomach churn. I have sat exams with an enormous hickey on my neck. I didn’t read the exam regulations until ten minutes before my first exam, and I always go to the bathroom at least three times. I didn’t realise that I couldn’t just pay someone else to take my exams because they check your BodCard. I lost my deposit to the essay writing firm because they didn’t have anyone who looked enough like me. I have to force myself to stay for the entire three hours. I regularly write swear words on the exam paper. My pre-exam ritual includes three pints and egg whites whisked into sherry.

I turned up to my second exam with three pens that didn’t work. I always have to ask for my candidate number because I have never written it down anywhere sensible. I still don’t really know what plagiarism is, nor why it is possible to self-plagiarise. I read all Oxfesses with exam advice in them and make it a point to ignore all sensible suggestions. In every exam I sit I doodle ever more intricate versions of the carnation on the desk in front of me. To distract those unfortunate enough to sit next to me, I hum songs from Encanto. I told my tutor that I expected to start drinking the moment I left my final exam. He was not surprised. It’s so quaint that they’ve started charging for trashing; I suppose they have to make their money somehow!

The only thing I am really good at is walking through Oxford in subfusc without feeling self-conscious. Instead, I leave early enough to smile at every tourist who takes a photo of me, to pose outside the Bod, and to ensure that I do not turn up to Exam Schools with a hair out of place. I bought enough carnations to have a new one for each exam, so that they are always in immaculate bloom. Nothing is more important than my self-esteem, which I will need to tend to carefully when I inevitably get a Desmond. It doesn’t matter, anyway – Daddy is talking to someone at Rothschild and I already own three London flats.

That doesn’t stop me striding out of Exam Schools to tell everyone how easy every exam was – what do you mean you thought the question was confusing? – knowing very well that I didn’t fill even one answer booklet. I habitually invent references based on popular characters in Gossip Girl – Serena, 2014, pg. 76, or Humphrey 2006. My A Level History teacher never caught on, and neither will the examiners. They’re too boring to have up-to-date cultural references, so I might use Game of Thrones characters for the remainder of my exams.

Someone once described me as a person who “bounces through life.” That’s not quite true: my family paid quite a lot of money so that I could be described as well-educated. But at least I know that I truly deserve my place here – no one else at my college has contributed anywhere near as much. I’ve really developed during my time here, but as far as finishing schools go, I think it’s not quite top-tier.