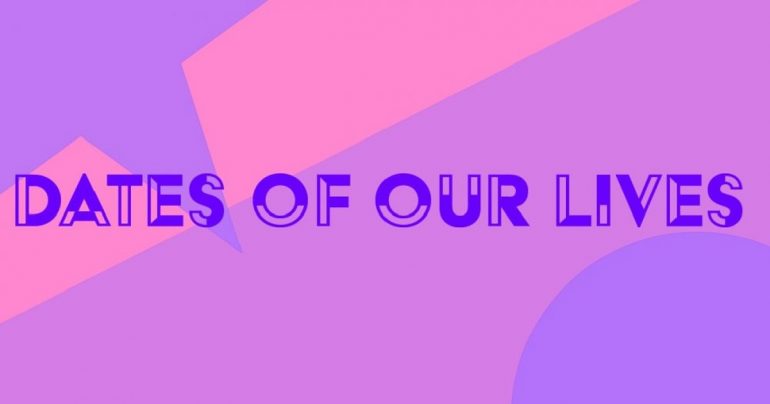 Dates of Our Lives: A break in and a broken heart

Before I begin I must stress that no one was harmed in the making of this story. Well, no one that I’m connected to. Really, this is a story that you have to laugh about and tell the grandkids. Such a story begins on a cold and stormy night in the darkness that was my dissertation term. For those poor souls who have been subjected to such torturous treatment you know the feeling of waking up panic stricken, soaked in a sheen of sweat and panting heavily in the lower Glink where you have just been awoken from a nightmarish slumber by a librarian for snoring too loudly and disturbing the frightened freshers around you who have been crying and shivering in a corner from the realisation that they are staring directly into a future reflection of themselves.

And so, having been rudely awoken from the best sleep I’d had in ages, I decided to get straight back to work and thus opened up my phone to be greeted by a date proposition by a one TJ. To cut a long story short, after trekking around several pubs in Oxford because there was no space, we had a lovely little date and saw each other sporadically for a while afterwards.

However, tragedy struck. Just when I’d finally decided on what our children were going to be called and whether we should have underlit kitchen cabinets are backlit ones, he was enticed away like one of the Pied Piper’s victims from Hamlin to the bright lights and bustling metropolis that is… Ipswich. Why I hear you asking? Well, I don’t want to brag but I was dating a man in STEM, and not just any man in STEM but a medical man. Okay so he wasn’t a doctor but really, judging from the oxloves, they’re overrated anyway. TJ was training to be a mental health nurse and apparently Ipswich was where it was at.

And so we messaged but slowly the messages which had started as a gush, turned to a trickle before eventually drying up. Such a progression I did feel was not unlike an A Level Maths problem about calculating the speed of water leaking from a crack in a bathtub. Having not taken Maths past GCSE I was left to conclude that it was all Greek to me and I didn’t know what the future held for me and TJ. It was increasingly looking like we might not have any kitchen cupboards at all.

However, there is a twist in this tail. It is not merely one of love lost, and longing, it is not simply a tail of woe. It’s much more high octane than that. On Thursday, the day I had finished my exams (thank you in advance for the congratulations) TJ had asked me if I wanted to go for a drink and I had agreed because I was high on life and also none of my friends had finished and I felt like a third thumb, and he was back from Ipswich for a week to visit his family. However, he ghosted me. He went off grid, MIA, radio silent, deaf and dumb, if you will. I was miffed. I schlepped home and binge watched the entirely of Heart stopper on Netflix, which I highly recommend, and snuggled down (PS shoutout to whoever ordered the Heartstopper graphic novel from the Bod closed stack, I saw it on the shelves last week. We all wish we were you).

However, there is a twist in this tail. It is not merely one of love lost, and longing, it is not simply a tail of woe. It’s much more high octane than that.

As I was snoozing away I received a missed call or two, well 8 to be exact, and some texts at 4.30am. I did not pick them up as I was in an exam induced coma and was simply dead to the world.

At 6am, the doorbell rang and again I didn’t hear it, however my housemate Alistair did and padded down the stairs, rubbing his eyes and yawning (I imagine) and opened the door expecting it to be our other housemate Caleb who was on a might out and had probably forgotten his keys as usual. It was very much not.

Stood on the doorstep was TJ, covered in blood and holding a ginger cat that lives on the street and features frequently on my Instagram. The two stood there like the spiderman meme, the third party being the cat of course. TJ asked if this was our cat to which Alistair replied it was not.

TJ put the cat down and continued to stand on the doorstep in the breaking dawn light blinking. Alistair asked who he was and TJ replied:

TJ apparently checked his phone which was dead, frowned and made a small ‘oh’.

Seeing TJ on the doorstep, covered in blood and clearly quite drunk, Alistair offered him some water and asked him to come in, ever a good Samaritan, at which point TJ ran up the stairs and entered my room, put his phone onto charge and took off his jeans.

I was still very much asleep. However, as a brown belt in karate and thus essentially a ninja, I could feel a presence in my room which was probably helped by the fact that he crashed to the floor with a thud and a groan having got tangled in his jeans. My reaction? I awoke and screamed. I switched my fairy lights on which added unfortunately a lovely warm and cute ambience to a situation that was neither warm or cute.

I enquired as to why he was here and he filled me in.

He had gone radio silent on me earlier because he had got into a fight at a pub and then gone off to a club where the antagonists also went to. Like the opening scenes of Romeo and Juliet, the two rival gangs squared up and continued the fray. Unfortunately there was more done than simply biting their thumbs at each other and TJ had had to go to the hospital and then the police station. When asked where he needed depositing afterwards he had mixed up his own and my address and landed at number 35 rather than 68 where he had befriended a ginger cat that reminded him of me (how cute) and then been let in.

I think my love of Wattpad smut and trashy romcoms have conditioned me to think this whole saga was entirely appropriate. My retelling of this story to friends has brought home that it probably wasn’t

I literally had no words, which I think was more linked to the fact that my brain was now simply a blob of grey mush in my cranium now exams had finished, but it also could have been because I had been broken into. I remained stunned into silence. TJ came over and kissed me on the cheek and then then climbed into bed and proceeded to spoon me, dropping off immediately to sleep and sniffling and snoring softly like a cat in the midday sun.

At 7.30 TJ’s alarm went off and he groaned like a lawnmower starting up. I switched the alarm off. He rubbed his eyes and looked at me, clearly a little bit startled and I had an intense feeling he didn’t really know what had gone on. I regaled him with the story. He apologised profusely and asked me to go for coffee with him to make up.

Weirdly, I said yes. I can’t quite explain why. I think my love of Wattpad smut and trashy romcoms have conditioned me to think this whole saga was entirely appropriate. My retelling of this story to friends has brought home that it probably wasn’t and I have some issues. However, we did indeed go for a coffee and all was well. After I had slurped up the last of my latte foam art and we were about to part ways, he said “I’ll see you soon?”, hugged me goodbye and trotted off. However, the soon has never come because I regret to inform that he has since ghosted me and I fear I may never see him again.

I would like to allay audience fears however and confirm we have subsequently had a house meeting regarding security measures which include not letting strangers into the house and double locking the front door. So really a positive experience all round. Not to mention that it provided me with conversation starters in college for days which was very useful because having completed my degree I have since realised I don’t really have much to say.