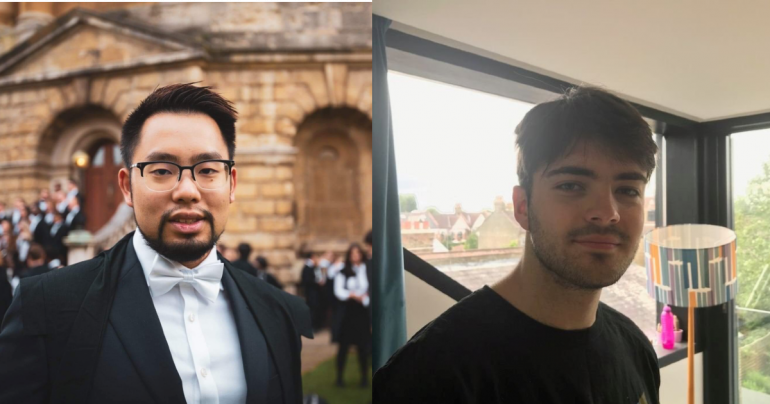 The Oxford Student is announcing the appointment of the two new Editors-in-Chief for Michaelmas Term 2022, as well as the new associate editors. The Editors-in-Chief will be Jason Chau and Dominic Enright. They will take over from the current EiC Elias Formaggia and Dania Kamal Aryf.

Jason has worked at the paper since the beginning of the year, and was deputy editor for News and Features in Hilary term. He has most recently been the associate editor for Trinity term, and served as acting EiC for the last few weeks.

The MT22 associate editors are Anna Davidson and Blane Aitchison. Anna has been a senior editor for a number of terms at the Oxford Student, and was most recently the deputy editor of Features and Profile in Trinity term. Blane Aitchison has been a columnist at the paper for the last three terms at Oxford, as well as being the section editor for Gen Z.

“Writing and co-managing The Oxford Student for the past year has reminded me the value of student journalism, and how important it is in upholding transparency and accountability. With the support of the entire Senior Editorial Team in the coming term, we are dedicated to building a friendly and relatable paper that welcomes everyone’s contributions, and a paper that will tell YOUR story.

As always, we welcome new members to our expanding team, and we can’t wait to bring you some breaking news in the new year.”

“I can’t wait to start as editor in chief at the Oxford Student next term with such a great team around me. The Oxford Student, as the name suggests, is a paper fundamentally interested in student’s views and bringing information to their attention. That is why Jason, the team and I would like to hear what interests you and get you involved.

Student journalism done well should be a collaborative process and I hope to involve as many people in this process as possible.

My hall recently shut down, and the experience has taught me many valuable lessons about holding people to account, while also not letting the serious side of Oxford get too overbearing. Thats why I hope to both do the important serious journalism in the Oxstu but also include as much about the fun side of Oxford, from funny anecdotes to puzzles to the best Oxfesses of the week. Hopefully, you will want to read along.”