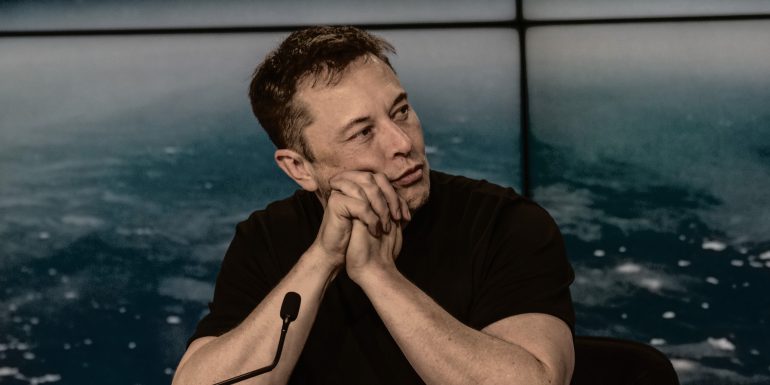 Musk, money, and a monopoly on influence

On Wednesday 20th July, Tesla released its surprisingly good second quarter results, managing to beat expectations on earnings per share and revenue. Where revenue was expected at $16.880bn, the automaker reported $16.934bn, and earnings per share of $2.27 compared to a predicted $1.83. Since then, Tesla’s share price has jumped by over 10 percent. This increase in share price, coupled with Tesla’s long-term growth, has had a staggering impact on the net worth of its CEO, Elon Musk, who owns c. 17 percent of Tesla’s shares (175 million) along with almost half of the spacecraft engineering company SpaceX and several other ventures including Neuralink and The Boring Company.

But merely to outline and criticise Musk’s wealth would make for a boring and futile discussion. Rather, I would like to show that it is what billionaires do with their wealth, rather than its simple accrual, which is unsettling. In a world where money was a simple end in itself – a collector’s item if you will – or where there was a genuine reason to accumulate upwards of $100bn – an unlimited supply of larger and flashier yachts, private islands and jets, or NFTs which people actually wanted to own – the only real issue with individuals possessing such great wealth would be that it was unfair on those who did not, but performed work perceived to be equally valuable.

Yet money is never simply an end, and there are no purchases worth such obscene amounts, for otherwise, why would centi-billionaires (a real term, used to describe those in the hundred-billion-dollar club since 2017) hoard their money rather than spend it on things they could enjoy. This hoarding can be seen clearly in a recent study by Approve. The Study has predicted that Musk will become the world’s first Trillionaire by 2024, followed by Gautam Adani (shipping and power generation), Zhang Yiming (ByteDance), and then, gradually, by the existing multi-billionaires who make up the world’s current rich list. Of course, it would be wrong to ignore inflation, but even so this is an astonishing study, particularly considering that during the first six months of this year, Musk lost over $60bn of his net worth.

At risk of stating the obvious, the goal of accumulating wealth to these extortionate degrees is influence. This can be seen in the case of Amazon Founder and Executive Chairman Jeff Bezos, who recently acquired Metro-Goldwyn-Mayer for $8.45bn in a move which doubtless has many motivations, but which does seem to be somewhat inspired by a requirement that Amazon improve its public image through tailoring its media offering.

Again, this influence is both the source and purpose of Mark Zuckerberg’s financial status, brought to light particularly in the Cambridge Analytica scandal, in which the data of as many as 87 million Facebook users was shared with the British research firm. However, this week, Mr Zuckerberg has agreed to sit for a deposition on the case, as has Facebook’s COO, Sheryl Sandberg. One recalls that in 2020 Zuckerberg testified in Congress along with representatives of Apple, Google, and Amazon, arguing that their business practices do not amount to anti-competitive monopolies. This is some demonstration of accountability and regulation, which, even if unsatisfying, is a step in the right direction.

Because Tesla is far from a monopoly, it avoids this level of scrutiny. So does Musk, by extension. This is startling, for the simple reason that Musk wields a level of influence equal to, if not greater than, the Big Five (Amazon, Apple, Google, Microsoft, Meta). This influence stems not from any control of advertising or data (though his attempted Twitter takeover earlier this year was in part an attempt to secure a foothold in this lucrative area), but rather from the adoration of his supporters, and from the command Musk has over developing sectors of the market such as space flight and AI.

This idolisation can be demonstrated nicely by two recent stories. The first involves a Manchester resident, Krystian Ryt, whose new year’s resolution was to build a boat, sail across the Atlantic, and meet Elon Musk. Inspired by Musk, who he believes is ‘pushing humanity forward’, Ryt seeks to raise £69,000 (citing Musk’s love of ‘funny numbers’), and has no doubt that the billionaire will be there to meet him when he arrives in Texas. It is anyone’s guess whether Musk really will meet the intrepid sailor if and when he sets foot on American soil, but the point remains that the Tesla CEO exercises such influence over the lives of those who idolise him as to completely alter their lives and goals. The second story is less heart-warming. Keith Johnson, a U.S. citizen, is suing Tesla and SpaceX for $258bn for defrauding him after he invested heavily in Dogecoin, a ‘meme’ cryptocurrency the value of which has declined significantly this year. The case is unlikely to result in a win for Mr Johnson, perhaps because the details are so outlandish. Yet it is still shocking that Musk’s promotion of a joke currency has had such profound impacts on the lives of his followers.

So it has been established that Musk wields significant influence, financially, with the backing of Tesla, and over his many supporters through his social media presence and public comments. As I was willing to concede that great wealth in itself may not be criminal, so I am willing to concede that possessing influence and accidently having a detrimental impact on the lives of others is not in itself damnable.

Yet it is the ethos which drives Musk, the ethos which is facilitated in its fruition by his great wealth and internet presence, which is truly horrifying. A quick study of Musk’s Twitter account hints at this ethos; at time of writing, his most recent post is a Fox News reporter stating ‘the storm has already blown several transformers’, coupled with an image of Optimus Prime looking somewhat, for want of a better word, satisfied. There are several ‘memes’ of this sort, coupled with the sharing of Tesla and SpaceX news and promotion of both companies, yet in all this lurk some more profound and potentially disturbing Tweets.

‘Musk has a history of doing relatively harmless tabloid fodder-y things around big business moments’. Yet can these incidents really be considered ‘harmless’?

On July 15th 2022, Musk tweeted ‘Tesla is to protect life on Earth, SpaceX to extend life beyond’ – a lot of power to be vested in the hands of one billionaire and disconcerting that Musk views himself as such a protector figure. On July 7th, he tweeted ‘I hope you have big families and congrats to those who already do!’, which received 269 thousand likes, following on from his tweet on the same day in which he claimed ‘a collapsing birth rate is the biggest danger civilization faces by far’. In the same vein, on July 19th he stated that ‘Earth is basically empty of humans’. Now, Musk’s ten children are his personal choice. However, scientists widely agree that overpopulation is likely if population growth continues, and the strain which population growth puts on natural resources and government services – not to mention the impact which is has on global warming – is significant. For Musk, a man with significant scientific credentials, to be promoting the opposite view is, without a doubt, dangerous.

This is not the first time that Musk has taken to Twitter to promote potentially unscientific views. He stated On March 28th 2022 that ‘Covid-19 is the virus of Theseus’, referring to the thought experiment about whether an object which has had all of its original parts replaced remains the same object, going on to say that ‘I supposedly have it again’. The tweet itself received 167 thousand likes; disturbing, considering its subject matter.

The approach which Musk takes to Twitter is the same one he applies to mainstream media. As argued by David Pierce in The Verge, ‘Musk has a history of doing relatively harmless tabloid fodder-y things around big business moments’. Yet can these incidents really be considered ‘harmless’? One recalls that he smoked marijuana on The Joe Rogan Experience podcast in 2018 just as Tesla’s stock price was sinking, and how his April Fools Tweets of the same year covered up a 5% drop in Tesla shares and a fatal Model X crash. Searching ‘Elon Musk’ at time of writing reveals a striking combination of tabloid articles about his shirtless jaunt in Mykonos, fairly trivial reports on Steam games coming to Tesla cars, and far more significant articles about Tesla’s recent earnings report, Bitcoin sell-off, and the fact that Twitter is suing Musk. There is also the suspicious purchase of rare glass by Tesla executive Omead Afshar, conveniently pushed down the page by light-hearted headlines.

All this comes together to create a unique phenomenon. We have the world’s richest man, driven by a saviour complex, playing fast and loose with the truth. Behind him are a band of fanatical followers who buy into his mindset. To have billionaires who see themselves as humanity’s guiding light and exercise control over the media is truly a death knell for democracy. Yet all the while, Tesla’s share price keeps rising, and Musk keeps getting richer.

Image Description: Elon Musk leaning on clasped hands in front of a microphone staring into the distance