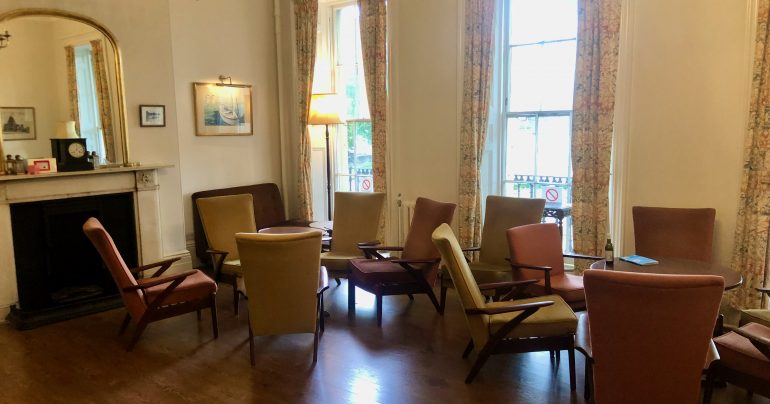 Samuel Kenny interviews St. Benet’s Hall students after their re-allocation to different colleges across the University.

On the 5th of July, all remaining St Benet’s Hall students who have at least one more year of academic study at the University, were informed of their new colleges. The saga at St Benet’s Hall over the last year has been tumultuous, beginning in December with students being informed by the University of Oxford that the Permanent Private Hall would not be taking on any undergraduates for the academic year of 2022/2023 and that the Hall would require new funding to be able to continue.

On the 16th of May, it was confirmed St Benet’s license would not be extended giving the Hall a maximum of two years to stay open. However, it was then confirmed by Ampleforth Abby on June 2nd that the buildings must be vacated by the 7th of October, with the Deputy Academic Registrar Gillian Hamnett confirming to students they would all be reallocated to other PPH’s and Colleges across the University. June 2nd marked the beginning of a very stressful and what some students have called “chaotic” process of reallocation. With 70 students at the Hall (overwhelmingly undergraduates) the process was the most complicated and largest reallocation of Oxford students at the University.

I decided to interview a number of students in order to report on how they found the process. I first spoke to St Benet’s Hall JCR’s President Julian Danker and asked him his overall view of the way the reallocation had played out. He stated:

“At this point it is hard to judge whether this reallocation process should be considered a success. It is on the colleges who have taken on students to now integrate their new students, some of whom are well into their degree. We are grateful that Regent’s Park has taken on so many Benetians; at the same time, they now have to show that they have the capacity to handle this increase in student numbers without a drop in teaching quality.

While I understand that this was entirely new process for the University, it certainly seems like there was a lack of contingency planning, so that the process mainly took place throughout the second half of Trinity term.

If we had known our places before the end of term, there would have been more opportunities to visit our new colleges and, for example, to organise more joint socials with Regent’s Park JCR.

However, it is not the time now to dwell on what happened, but for the University to learn from this situation for possible future college or PPH closures, and for colleges and their JCRs that are expecting students, to prepare a good integration. As a JCR committee, we are now preparing to keep some of our community spirit alive by organising events for next year.”

Many students have argued to me that the process has seemed opaque and random, given the vastly different opportunities at different colleges. This has been compounded by the fact that Gillian Hamnett, the Deputy Academic Registrar, who was predominately in charge of the process, suggested in a meeting with students that the University would ask the Oxford Colleges to come forward and say how many students from which degree and which year they could take. If there were a limited offers for a certain group of students, the University would negotiate with colleges. However, the guideline of keeping year group and courses together seems not to have been followed. For example, in the second year, two historians were allocated to Regents, one to Peters and one to Hertford. In the first year, 4 historians were allocated to regents, one to Brasenose, while in the third year 2 orientalists were allocated to Pembroke while 1 to Johns and 1 to Mansfield. Students have expressed anger to me, that the guideline wasn’t followed and that the University didn’t do more to encourage Colleges to take more Benet’s students and in their year groups.

I spoke to several Benet’s students who all offered criticisms of the reallocation process but also admitted how complicated it must have been as a logistical issue for both the University and the colleges themselves.

A first-year Classicist going to Regent’s Park told me “I felt the communication from the central University and the senior leadership team at St Benet’s Hall was poor. Many older students are going to better resourced colleges and a lot of the first years were lumped into Regent’s Park College. Another problem with the process is the amount of single placements. I can imagine it will be particularly hard for the St Benet’s students that are the only one to be reallocated to that college. Of course, it must have been difficult to allocate my year together given there are six of us. So it makes sense that we all ended up at Regent’s Park.

However, considering the horrid time we had with our college closing, the University should have taken student preferences more into account rather than seeminingly just wanting to make the problem go away as quickly as possible”.

Opposing this, Mikyle Ossman, a first-year Arabist going to Christ Church, told me that “I feel everyone got a bit hyped up of where they might end up going and got a bit over-excited.  The system was complex but also seems unfair; I heard of students contacting tutors and trying to get allocated to specific colleges with some success.”

The University has denied that this communication affected decision making and discouraged students from making contact with colleges before the decision was made.

Mikyle continued that  “I also believe communication from the University was poor. Not much thought or care for student welfare was demonstrated by the University, especially with this process happening during exam season. I am definitely pleased to be going to Christ Church, but I sympathise with students who weren’t as lucky. However, the expectations of many students were unrealistic and not everyone was going to end up at big colleges”.

Similarly, a third-year classist Classicist said that “I feel the communication from the University was poor. They constantly reiterated the statement that student welfare was their “number one priority, yet it seems to me that we were misled by the University in regards how likely reallocation was. Students asked this question on the 19th of May when the Pro Vice-Chancellor for Education Martin Williams met with Benet’s students. The Pro-Vice Chancellor suggested to students that complete re-allocation was unlikely to happen, and that it was more likely that students would remain at the Hall for at least the following academic year.

The University were already aware that the Ampleforth Abbey Trust had put the buildings on the open market, and so had no way of guaranteeing the use of those buildings after October 2022.

Thus, unless the University itself had made an obvious mistake regarding the situation at the time, why would they lie to us about the likelihood of St.Benet’s Hall remaining open for one year. The false hope was really damaging to me and the people around me.”

Finally, I spoke to a second-year Human Scientist who told me that “Social discussions within Benet’s throughout the whole of Trinity were dominated by the saga of the place closing and then the reallocation process. While Benet’s is poor and odd, it was the community and the people that made the place. I worry whether Benetians at Regent’s Park and the others at other colleges will stay in touch and whether the community will remain but I hope that the Benet’s JCR in whatever form it takes next year will put on events”

The events at St.Benet’s Hall in the last year have been a rollercoaster of emotions; each moment has been filled with excitement, sadness, and nostalgia. The Finalists have watched the institution that they have attended for the past 3-4 years collapse during their last term of study. Many others at St. Benet’s now face a year a new college as simultaneously freshers and finalists, given they will complete their studies at the end of the year. While for many of students who have completed their first year at Oxford, they have the task of socially redoing their first year again. It is an unarguable tragedy what has happened to St Benet’s, but the Hall’s ethos of community, compassion, and friendship as well as fantastic formals will hopefully live on in the rest of the University. All I ask is that you be kind to your new Benetians if one joins your college. As a Benetian myself, I only hope to meet you all and join in your community.