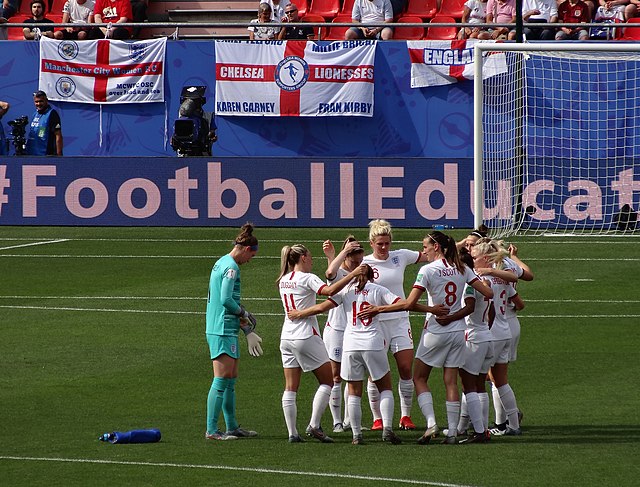 Some reflections on England's Euros win

This past Sunday, football came home. After 56 years of falling short, England finally won a major international tournament. This final captured the nation in a way that cannot be matched by many other events. One event which managed this was the 2012 Olympics – this summer also marks the tenth anniversary of the 2012 London Olympics, which has been hailed as a rare moment of national unity. A number of pieces commemorating this have lamented our current state in comparison to 2012 – Sadiq Khan has called for a return to that ‘inclusive spirit’, a sentiment echoed by many media members.

There is something special about sport’s ability to unite and bring people together. To take a classical perspective, this is the idea behind ‘panem et circenses’ (meaning bread and games) –  which is the Roman idea that to keep the people happy they must be fed and entertained. Entertainment goes a long way to keep people happy, and sport is an extremely effective form of entertainment for this purpose. Multiple reasons explain why sport is able to entertain so many people.

Instinctively, most people love the idea that people can get to the top of their chosen career through hard work and dedication. This is the basis of why meritocracy is such an appealing idea. Sport is a rare example of meritocracy in today’s society. As has been discussed by many writers, from Sandel to Piketty, the idea of meritocracy in our society is broadly a myth. Wealth, gender and ethnicity (to name just a few) are still very important factors in predicting the outcomes of people’s lives – often more important than that individual’s ability to ‘work hard’. Sport seems to avoid these issues more than many other areas of life. It is simple – the ‘best man wins’. Of course, even sport isn’t quite this simple, it is at least somewhat closer to a meritocratic ideal.

More specifically, there is a case to be made that football is particularly disposed towards meritocracy. Sports like rowing, rugby and cricket have vastly disproportionate numbers of privately educated competitors, which reflects the fact that they are often inaccessible to many people. This also means that it is harder for the average person to relate to the athletes. Football, by contrast, is played by everyone, meaning that it is full of ‘rags to riches’ stories. Its biggest stars are, on average, far more relatable and representative of the general public.

This special position of football helped propel the Lionesses to the cultural significance they came to enjoy. However, it would be silly of me to ignore the significance of the fact that it is England’s women who have managed to break the international trophy drought. Aside from football’s captivating nature as a sport, the story of women’s football in this country is also captivating in its own right.

Women’s football was actually quite popular in the early 20th Century. During the First World War, women’s football became quite popular – especially Dick, Kerr’s Ladies. This women’s football team raised thousands for charity, and saw tens of thousands attend their football matches. Sadly, after the War, resurgent lies about the deleterious impacts that football had on women’s health and morality meant that in 1921 the FA banned women’s teams from playing in Association-affiliated grounds – effectively killing what had been a promising sport. The FA would not return to direct involvement in women’s football until 1993.

Women’s football was effectively banned for decades, robbing the sport of generations of growth. This hindrance is in addition to the casual sexism which has constantly hampered the women’s game – many of the conversations about women’s football prior to this summer revolved around how bad it was, an opinion often espoused by people who had literally never watched a game of women’s football. Infamously, Sepp Blatter’s only memorable contribution to women’s football was his belief that they should wear more revealing clothing to drive interest to the sport.

These historical facts mean that the sport is still in its infancy stages. Things have been improving with time – the WSL went professional in 2018 and has been shown on the BBC since 2021. There have also been massive attendances for some women’s football games – the Euros final was the largest crowd at a women’s or men’s Euros. Women’s football is finally starting to gain the support and respect which it deserves, and the Euros win feels like the culmination of this in many ways.

However, as Ian Wright and Alex Scott were keen to stress after the final, the hope is that this win is the start of something bigger. Now it is time to support girls who want to play football; now is the time to pay female footballers better; now is the time to build on the evidence that women’s football does matter to people. The story of England winning the Euros has resonated with people all over the country, and I hope that it can become more than just a great moment. There is a massive opportunity to leave a legacy, an opportunity I hope will not be allowed to let slip.