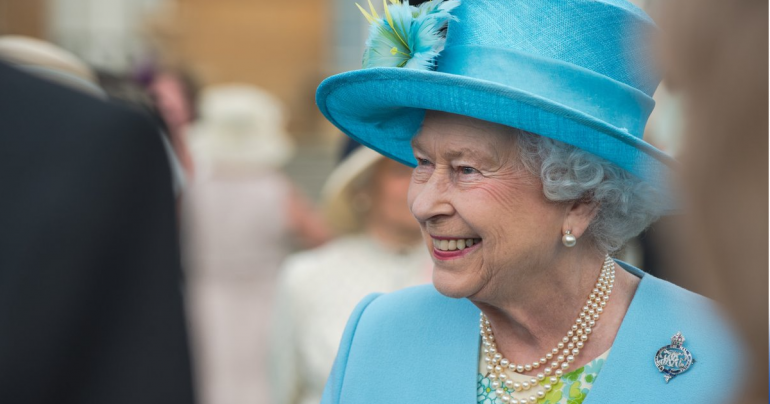 Leading figures from the City and University of Oxford have paid tribute to Her Majesty Queen Elizabeth II, who died peacefully at Balmoral Castle on Thursday afternoon.

The Chancellor of the University, Lord Patten of Barnes, said: “Queen Elizabeth was one of Britain’s greatest monarchs, which is not solely because of the achievements and length of her remarkable reign, as well as the changes and challenges the UK and the world underwent during that time.

“It is, above all, because of her utter dedication to duty, responsibility, decency and brave integrity. We are all profoundly grateful for her services to the UK and the Commonwealth, which she carried out at all times with generosity of spirit, good humour and wise judgement. Requiescat in pace.”

The Queen maintained a long association with Oxford over the course of her long life. In 1948, the then-Princess Elizabeth was awarded a Degree by Diploma and toured Oriel (even meeting its College tortoise, Mr Testudo).

As College Visitor, Her Majesty served as an “impartial overseer” of Christ Church, Oriel, University, and St Antony’s. She laid the foundation stone of St Catherine’s in 1960 and of Wolfson in 1969.

“one of Britain’s greatest monarchs … we are all profoundly grateful”

Later visits included participating in the 750th anniversary of University College in 1999 and the 550th anniversary of Magdalen in 2008. In 2013, she returned to Oriel and distributed ‘Maundy Money’ at Christ Church. The last monarch to conduct this ceremony in Oxford was Charles I.

In an email to staff yesterday, Professor Louise Richardson, the outgoing Vice-Chancellor, said that The Queen had “inspired generations with her quiet dignity, her wisdom and restraint, her commitment to her country, and her indomitable sense of duty.” She noted that there would be “an ineffable sense of sadness” at her death.

The Vice-Chancellor recalled meeting The Queen during Her Majesty’s “courageous and historic visit” to Ireland in 2011, and shared her memories of spending a weekend with the Royal Family at Balmoral.

Colleges have issued statements of condolence, and flags are being flown at half-mast across the city. The bell in Christ Church’s Tom Tower tolled half-muffled following the announcement.

Support for the institution of the monarchy is by no means universal among students, particularly in the light of Britain’s colonial legacy. However, there has been much personal sympathy at Her Majesty’s passing.

“Along with all the uncertainty and contemplation that comes with her demise, there is a sense of thanksgiving and loss at the duty, service, and dignity which she brought to this country and the many nations of the Commonwealth,” said Darian Murray-Griffiths (History and Politics, Christ Church). “The Queen’s passing has affected me greatly.”

He observed that, in contrast to the “fickle or failed leadership” of politicians, The Queen was “able to bring us together and represent as close as possible the modern ideal of faithful and responsible service.”

“the modern ideal of faithful and responsible service”

The Vice-Chancellor confirmed that University business, including forthcoming degree ceremonies and next week’s Open Day, would continue as usual. She said that further arrangements would be announced for the day of the State Funeral, which His Majesty The King today approved as a Bank Holiday.

A University book of condolence is open for signatures at the Weston Library until 5 pm on the day following the State Funeral. A Service of Thanksgiving and Remembrance will be held at the University Church of St Mary the Virgin, with details yet to be announced.

The Lord Mayor of Oxford, Cllr James Fry, said that the people of Oxford were “deeply saddened” by the death of the first reigning monarch to pay an official visit to the City (as opposed to the University).

“My thoughts, and those of the people of Oxford, are with the Royal Family at this time and we join with people around the world as we remember with affection and gratitude the lifetime of service given by our longest-reigning monarch, whose Platinum Jubilee we celebrated so recently.”

The accession of Charles III will be formally proclaimed in Oxford tomorrow at 1 pm in a civic ceremony at Carfax Tower. As the country pauses to reflect on a remarkable life, a new chapter begins.

Image description: Her Majesty The Queen smiles at a ceremony for the Grenadier Guards at Buckingham Palace in 2013.

Image credit: The Ministry of Defence via Flickr (Crown Copyright)