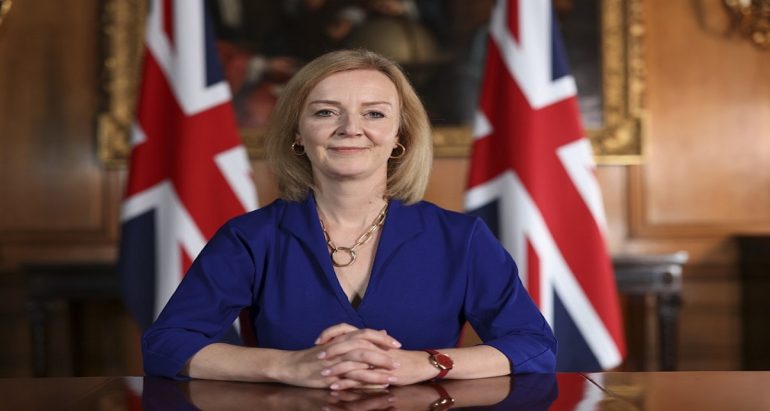 Freddy Foulston comments on the appointment of Liz Truss as the new Prime Minister and her ability to blend in politically.

You could be forgiven for thinking our new Prime Minister has all the conviction of a flip flop who’s flip flapped her way to Number 10. In 47 years of shapeshifting, she’s managed to roam the entire political spectrum: avid Remainer to staunch Brexiteer,‘disruptor-in-chief’ to figurehead of the establishment. She claimed to ‘rip up’ treasury orthodoxy despite herself being Chief Secretary to the Treasury from 2017-19. Liz Truss appears to be an amalgam of opposites.

Born to left-wing parents whom she described as ‘to the Left of Labour’, the first sparks of Liz’s political activism were ignited when her mother took her to campaign for Nuclear Disarmament in a ‘ban the bomb’ protest. It was there that she railed against the government and chanted anti-Thatcherite slogans. This is perhaps surprising given her efforts to channel Margaret Thatcher throughout her campaign, being photographed atop a tank during NATO exercises in Estonia to mirror Thatcher in the Falklands War.

She also emulates Thatcher in her plans to enforce low regulation, low tax, free-marketeering, small state policies, keeping corporation tax low and vowing (for now) not to introduce a windfall tax on energy companies. But how do we reconcile such a libertarian leaning with chancellor Kwasi Kwarteng’s proposal of £150 billion in handouts, designed to freeze the average energy price at £2,500 per year? Or plans to raise defense spending to 3% of GDP?

The enigma continues when one examines her past. As President of the Oxford Liberal Democrats, she campaigned to decriminalise marijuana. Truss joined the Conservatives in 1996 just two years after a speech she gave at a Liberal Democrat conference calling for the end of the monarchy.

These progressive leanings seem firmly in the past since she now frames herself, or is being framed by the media, as a hardline right-wing Conservative.

She’s also transformed from square and squawky student to zealously curated self-publicist and ‘Queen of Instagram’. Given the frequency and scale of such metamorphoses, it is difficult to know who she truly is and what she represents. Her belief systems change like the wind; Neil Fawcett, Lib Dem Councillor told the Washington Post, ‘it’s very difficult to tell what she actually believed. She took strong positions to play to whatever audience she was speaking to’. It seems she’s adept at harnessing all the populist instincts of Johnsonesque demagoguery.

Though we can’t be sure what she believes in, she did a good job of telling Tory voters what she thinks she might believe in and what she thought they seemed to want her to believe in. To the Conservative party members, ‘the golf club boors’ as Alistair Campbell gaudily refers to them on the Rest is Politics, her purported policies went down like honey-glazed duck leg confit and chateau lafîte. It’s no wonder they eagerly sucked up the razzmatazz about ‘conservative values’ of liberty, freedom, and personal responsibility.

This populist seduction is nothing new. Since she shares so much of his unruly duplicity, perhaps she should be seen as the Boris Johnson continuity candidate. Like Truss, Johnson was a self styled ‘libertarian’, though his enforcement of authoritarian Covid lockdowns proves he was not. Like Truss, he was once a remainer and a brexiteer, though his infamous double column for the Telegraph in 2019, in which he transparently toyed with the arguments for both, proves that really, he was neither. Like Truss, he framed himself as a pragmatist who would deliver in times of need and get things done. Brexit and thoroughly trumpeted vaccine rollout aside, he largely did not.

But what do principles matter? It is a politician’s job after all to sniff the air of public opinion, whisper the winds of democratic demand, and change tack accordingly.

In fact, a lack of steadfast political principles is in many ways a strength. It has been for Truss throughout her career. She plays on this elusive, mercurial nature to constantly redefine herself. She carries an air of mystery, but it doesn’t always pan out well. You’re more gaffe prone when dissimulating, jesting, or hiding opinions, as revealed by the Emmanuel Macron ‘friend or foe?’ question to which Truss playfully replied,  ‘the jury’s out’ . It could be tactful to equivocate where personal beliefs are concerned, but perhaps not when dealing with the UK’s closest ally in Europe.

For all her caprices, she does sometimes present well as a self-professed ‘plain-speaking Yorkshire woman’, the foil to Johnson’s overelaborate, bumbling bombast. Though lampooned in the press and on Twitter for saccharine remarks in her first speech to the Conservative party, her words are simple and clear. In PMQs her retorts were sharp, quick and decisive, unlike her predecessor’s. Starmer will struggle to attack bluster and boosterism on the opposite bench where he can no longer find any.  He will have to adjust to a lower level of buffoonery to face a Prime Minister who has camouflaged to present a veneer of competence.

For now, Truss and her newly appointed cabinet will pursue this new brand of ostensibly practical politics following on from the chancellor’s mini budget to combat the energy crisis.

This necessary proactivity is refreshing on the back of the Tories’ recent inertia. But will it continue? There is an obvious friction between her desire for small state government promising low taxes and her desire to increase spending on the NHS and the armed forces, to name a few.

The Chameleon Queen will need to scheme how best to plot her way through these conflicts of interest. Time will tell if she can effectively strike the age-old balance between being opportunistic and delivering practical change, these being the key to re-election in 2024.

Is she simply another of David Aaranovitch’s (as quoted in The Times) ‘faux-populist, promise-much deliver-nothing wheezes’? Perhaps her greatest strength is that we don’t really know who she is or what she represents. Only a decade ago did she burst onto the political scene and her meteoric rise has been a surprise to all of us. She’s unpredictable. Her true plans and machinations are disguised. But the old adage may prove to ring true: “Power is at its most effective when least visible”.

Image description: Liz Truss at desk with Two Union Jack flags behind her.