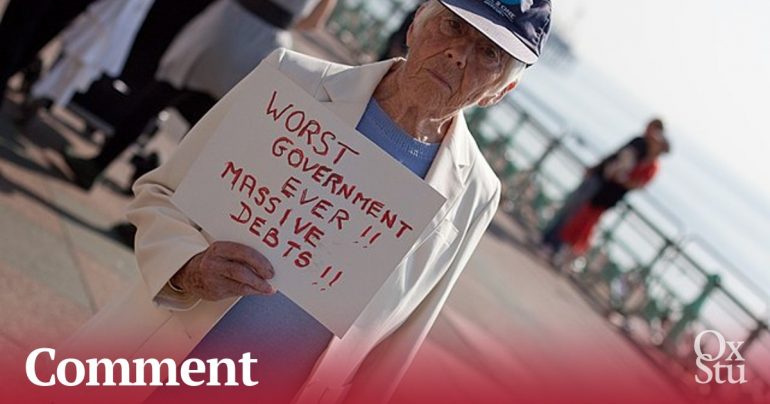 What’s that coming over the hill? A Labour Government

It’s September, which can only mean one thing, it’s conference season. Over the last four days, the Labour Party has held its annual conference with the slogan “A Fairer, Greener Future” in comparison to last year’s “Stronger, Future, Together”. Going into the conference there was the backdrop of a new Tory leader in Liz Truss but also the pursuit of a completely different economic direction to contrast the alternative. The economy is in turmoil and the pound is crashing, a Government with spiralling polling numbers and the end of the reign of Britain’s greatest monarch. This is Keir Starmer’s second conference as Labour leader and how much has changed since his first?

Labour was on average 5% behind in the polls last September, the party seemed as divided as ever and suggestions of a no-confidence vote against Kier were present. This year the story couldn’t be more different; Labour is on average 11% ahead in the polls, on track for a majority government and the party as a whole is far more united, with Keir far more popular. However, the biggest thing that was abundantly different in this year’s conference is the feeling of hope. Arguably for the first time since Labour was last in government, there is now a feeling amongst members and supporters at large that power is in the clutches of their fingertips.

Starmer has been criticised for moving away from the ten pledges he made when running for party leader and has been accused by the left of taking labour back to the Blairite/Brownite ideologies. However, this conference has completely thrown that out of the window and has proved what Kier was supposed to be, soft left but pragmatic. A flurry of new, exciting but also radical policies has been announced. Labour would beef up renters’ protections by introducing a mandatory four-month notice period for landlords and creating a national landlord database. While not being as radical as rent controls it’s a big step in the right direction. Keeping in line with the previous three manifestos, Labour have committed to nationalising Rail and creating an “Elizabeth line of the north” another commitment as a clear olive branch to the left of the party. More medical school places, doubling district nurses and 10,000 more nurses overall. 13,000 additional police and PCSO’s in community teams to help rebuild neighbourhood policing. Keeping in tune with the conference’s overall slogan, Starmer is promising to get off fossil fuels by 2030.

Keir is perfectly balancing the necessity of showing the electorate that Labour has now changed on things like law and order and has moved to the centre ground, while also showing that Labour is keeping its radical credentials and will truly change Britain. Further policies included: being the party of home ownership and increasing current levels from 65% to 70%, here Starmer is seizing typical Tory territory and even channelling Margaret Thatcher on home ownership. Finally, in keeping with the themes of last year’s conference, Labour is remaining a party of patriotism, pro-monarchy, pro-Ukraine, pro-NATO, and pro-west. Keir Starmer has moved Labour back to the centre ground but that ground it now inhabits is far more left-wing than it used to be.

Keir Starmer gave his keynote speech to conference and the nation at 2 pm on Tuesday. Last year’s speech was dominated by themes of change and rhetoric that very much only appealed to the Labour right. This speech kept many of the same themes, but Keir expressed far more significantly his left-wing credentials and his vision for Britain under his leadership. Kier opened by expressing his desire to implement the Hillsborough law, with a very supportive Liverpool crowd in front of him. He emphasised themes of aspiration and opportunity while also wanting to enact real change and a desire to create a new Britain. Starmer talked about the Queen’s life of service and learning from her, this will chime well after the immense outpouring of grief after the late Queen’s death. A very well-received and well – grafted line was “Fresh start, New priorities, New way of government”. Keir wants to restore a sense of collective hope and acknowledged that people are crying out for change. According to Keir, the first term of a Labour government would: stabilise the economy, save the NHS, get people believing in Britain again, and restore aspiration and hope. The big flagship policy that Starmer announced during the speech was the creation of a publicly owned energy company named “Great British Energy” and the de facto semi-nationalising of the energy market. Kier finished his speech by reminding the British people and conference of the achievements of the big three Labour governments of 1945, 1964 and 1997, this next election is what Kier Starmer called a “Labour moment”. Labour represents the political wing of the British people and will win in 2024.

This Labour conference may be noted in political history for when people finally saw Labour as a party ready for government and the beginning of Kier and the wider party setting out its true vision for a future Labour government. Taking inspiration from the last four Labour leaders in some way, Keir reached a near-perfect blend of radical policies combined with the centrism of pro-growth, economic competence, and patriotic sentiments. It appears Starmer has been playing 4D political chess this entire time. Appeasing both the left and right factions and transforming the image of the party. Starmer hasn’t just made Labour ready for government but made it ready to win big.