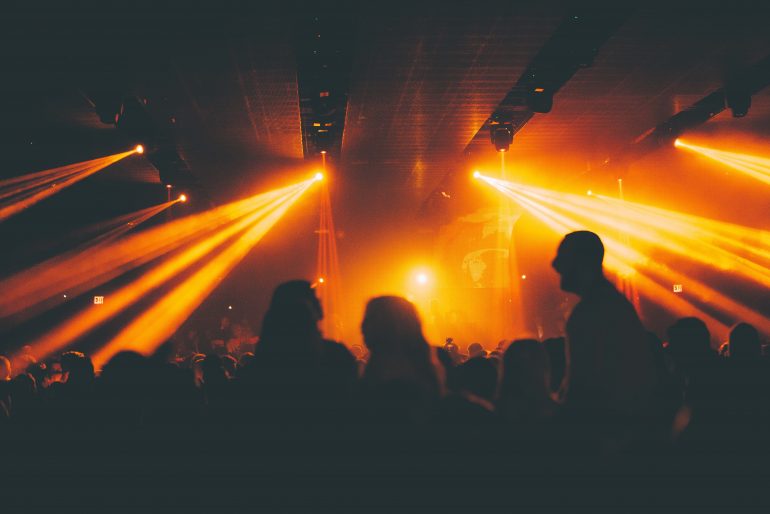 A Guide to Clubbing in Oxford

It’s your first term in Oxford, and with that comes many nights spent picking up god knows what on the soles of your shoes from sticky dance floors and getting a little too comfortable around people you met three days ago. But never fear, OxStu is here to provide a full and coherent guide to help you make informed decisions about where exactly to spend these memorable (or not) hours. So sink your last double vodka coke as the college bartender shouts at you to leave because it’s already 11:07 and the bar has to shut at 11, and come along for a journey through the locations of the best and worst nights you will ever have in Oxford.

Yes, they’re the same place. Yes, we call it Park End purely to fuel a superiority complex over the Brookes students, or, heaven forbid, locals, who only refer to it as Atik (how embarrassingly accurate and not pretentious).

The main floor will have you trying desperately to bop to a slightly random 2010s pop song that isn’t quite right because the DJ has a god complex about his ‘remixes’, but the entertainment of watching the confusion as everyone tries to sing along to the original only to find he’s moved the chorus for some unknown reason is worth it. Inevitably, though, you will reach the point where all you really want is to scream along to the normal, unadulterated version of ‘I Knew You Were Trouble’ without some unnecessary bass drop half way through and oontz oontz in the background – at which point you head down the stairs to the holy grail of Park End, the Cheese Floor. Here you will find banger after banger of the music that people claim they hate but will be found screeching their lungs out to when someone actually puts it on, as well as every rugby lad in Oxford inevitably losing their minds when the dulcet tones of Robbie Williams’ ‘Angels’ begin to filter through the slightly too loud speakers. It’s not for the faint-hearted though – it’s far too small for a club dance floor, but waking up the next morning with bruises from being shoved around by people who don’t actually notice your 5’4 self as they try to traverse the dangerous terrain of the sticky floor is all part of the fun. There are other rooms too, I am told – but as a shit-cheesy-music enthusiast, I only ever make it to the cheese floor after trying the main floor and remembering why I don’t like it. Ask someone with better music taste about the others.

A smoking area with a club attached. 2020/21 veterans will remember this was the place to go to spend £10 getting into a club where all you could actually do was sit down (outside) and listen to music so loud you couldn’t even have a conversation with your five friends. As a real club though, the inside bit is odd – two long rooms, possibly the weirdest layout for a club I have ever seen. However, while Park End provides good music (read: ABBA) any day of the week thanks to its many-roomed layout, the lack of rooms means the music at Bridge is incredibly hit and miss. If your taste is anything like mine (read: ABBA), the only decent day to go is on the famed Bridge Thursday, where you will meet everyone you have ever spoken to in Oxford crammed into two glorified corridors. The aforementioned smoking area really comes into its own when you want to catch up with that one person you met at interviews and haven’t seen in three years, though. Just don’t go on a Friday – it’s not worth it.

Ha ha, the Bullingdon club. We get it. Unfortunate name aside, Bully (as it is lovingly known) is in my humble (and possibly controversial) opinion the best club in Oxford. It’s not one you go to on a regular night – what Bully does on a normal weekday is yet to be determined – but the themed nights are a true spectacle to behold. The 2010s and 2000s nights are to be recommended, along with the legendary (and only) Indie night, Fluorescent Adolescent, which is to this day the only time I’ve heard The Vaccines played in a public space that wasn’t a festival – something I and the other Vaccines fans in the club  (four maximum) really appreciated. I’ve never had a bad night at Bully. Its only drawback is perhaps the fact that the ‘smoking area’ is just a fenced off area of the pavement outside. Still fun to accompany your smoker friends to for a breath of fresh air on the scenic landscape of Cowley Road. Ahh.

Oxford’s favourite LGBTQ+ club. It’s underground, and it’s about what you would expect from an underground club – one tiny dance floor in what looks like an old dungeon which hundreds of students pack into every night, and the delightful accompaniment of wet walls and ceilings, which, if you’re in the wrong place at the wrong time, might drip on you. The music is eclectic – I once heard Mumford and Sons in there, which worked a lot better than you would expect, somehow – but it’s always fun. Its main attraction beyond being an LGBTQ+ club is the 3 for £5 jagerbombs, a dangerous, but at least cheap(ish), game. Just make sure to thoroughly wash if you accidentally touch the wall (it’s difficult to avoid), and don’t bother going if you’re over 6 foot.

A new LGBTQ+ club, Glamorous, emerged last Trinity, but the best I heard of it was that my friend went on opening night and ended up in Plush anyway by the end of the night, so make of that what you will.

And thus ends our rundown of Oxford nightclubs. Go forth and party – or just come home after an hour to get cheesy chips instead, no judgement here.

Image Description: A shot of a nightclub, with several lights in the background and silhouettes of people dancing in the foreground.