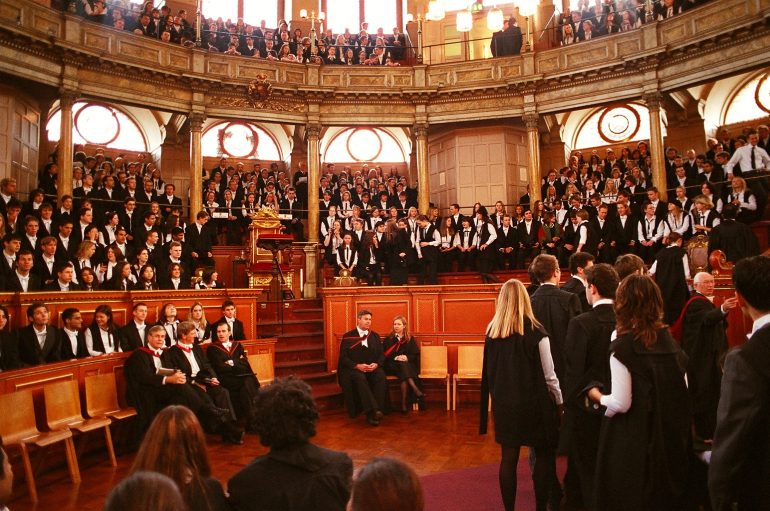 The freshers you’re guaranteed to meet in Oxford

It is a truth universally acknowledged that an Oxford student, in possession of a freshers’ week, must be in want of new friends, but to find them you’re going to have to work your way through some odd characters. We’ve put together a handy guide to help you spot five of the most common specimens. Just make sure, whatever you do, that you don’t become one of these.

The one who doesn’t seem to exist

We all know one of these. Back on the group chat they seemed to dominate the conversation, suggesting all sorts of plans for when you arrived in Oxford and sending a million messages at all hours of the day. But now that you’ve got here, they don’t seem to really exist. You thought you once saw them ducking into a room somewhere in the depths of your accommodation, but you haven’t seem them since and there seems to be a mound of dust accumulating on what you took for their door handle. They’ll invariably appear for one club night halfway through freshers week before retreating into the woodwork again.

The one who applied as a joke

Unless you’re at Merton, you’ll definitely run across someone who’s just a little too keen to let you know that they put down Oxford on their UCAS “just for fun”. They’ll tell you how surprised they were to get in, since they put in absolutely NO work on their application, and how they’re sure they were let in by accident. Inevitably they’ll then end up getting a first in every essay from now until they graduate: just ignore them.

The one who asks what school you went to

Everyone tries to make awkward conversation in freshers week, whether it be asking people whereabouts they’re from or the infamous “what A-levels did you study” question. But there’s always one who’ll approach you with slightly greasy hair and a blue linen shirt on (normally from Ralph Lauren) who’ll launch straight in with the “what school did you go to?”. You reply that they probably wouldn’t have heard of it, and before you’ve even been able to ask them back they’re obnoxiously telling you that they were at Radley. The only response is, “Oh I haven’t heard of it”.

The one who’s having an essay crisis already

The first time you notice this one will be when they put a vaguely panicked messaged in your subject group chat asking whether the fourteen books they’ve read are enough followed by several crying emojis. Then you won’t see them again until you’re getting a tour around your college library, where you’ll find them tucked away in some dark nook on the verge of tears with papers strewn all over the desk. It’s normal to worry about your first essay, but avoid these people at all costs: you’re meant to enjoy freshers week, you’ve got eight weeks after it to cry about work.

The one who’s just got back from a gap yah

Does your college have a fresher who looks just a little bit too old and has a questionable fashion sense? Do they talk about how they’ve recently discovered themselves and are now intensely spiritual? Have they got a dodgy looking tapestry hanging up in their room? If so, you’ve got a gap yah student – our apologies. Having been funded on their jaunt around South America by mummy and daddy, these freshers will regale you with slightly too fanciful stories of their travels, all in the most horrendously private school accent you’ve ever heard.