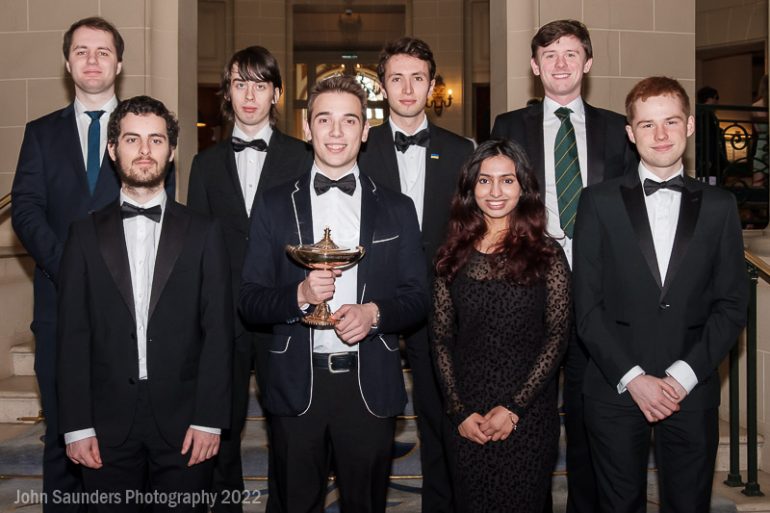 Chess is probably not the first thing that comes to mind when you think of sport at Oxford, but it is one of the biggest and oldest clubs at the university. Oxford University Chess Club was founded in 1861 and in 1873 they played our first Varsity match, beating Cambridge 10-3. Now over a century later the club is almost unrecognisable, they have gone from a small male only group to a large and inclusive club and now have regular matches, club nights, socials, as well as a variety of other events. But some things have not changed – last year they beat Cambridge in not one but two Varsity matches.

The game of chess is more popular than ever right now, over 600 million people play the game worldwide. TV shows such as The Queen’s Gambit have skyrocketed interest in the sport and cheating scandals have peppered the news. “There is no better time to start playing the game and get involved with OUCC!” said this year’s president Max French.

People of any level can play for the club from complete beginners up to world class players (most recently 4 time women’s world champion Hou Yifan!).

“We have three teams which those interested in playing competitively can represent. These teams play in the local Oxfordshire league as well as various university competitions and last season all three teams won their respective divisions, winning all but one match between them. The first team also won the most recent in person British University Championships in 2020 and the tournament will return to its over-the-board format in 2023.

The club is even busier away from competitive chess. We have a club night every Wednesday in Wadham, a chance for players to get to know each other and play some friendly games. We also run coaching twice a week, Monday for beginners and Tuesday for more advanced players. The most important part of our calendar though is of course the socials. We organise regular pub nights, crewdates, and if you’re lucky you might even catch us in Park End after a club night!

This year we are also planning several one-off events. We have a very strong player coming to give a simultaneous display and also have plans for an over-the-board cuppers blitz competition. The event that we are most excited for however is an open rapidplay tournament that we hope to hold in Hilary term. This will be a great opportunity for university players to play in a serious tournament against chess players from all over the country.

We have a very exciting year of chess ahead of us, both socially and competitively. If you are interested in getting involved, then check out our Facebook and Instagram pages and consider coming along to a club night or dropping us a message!” concluded French.